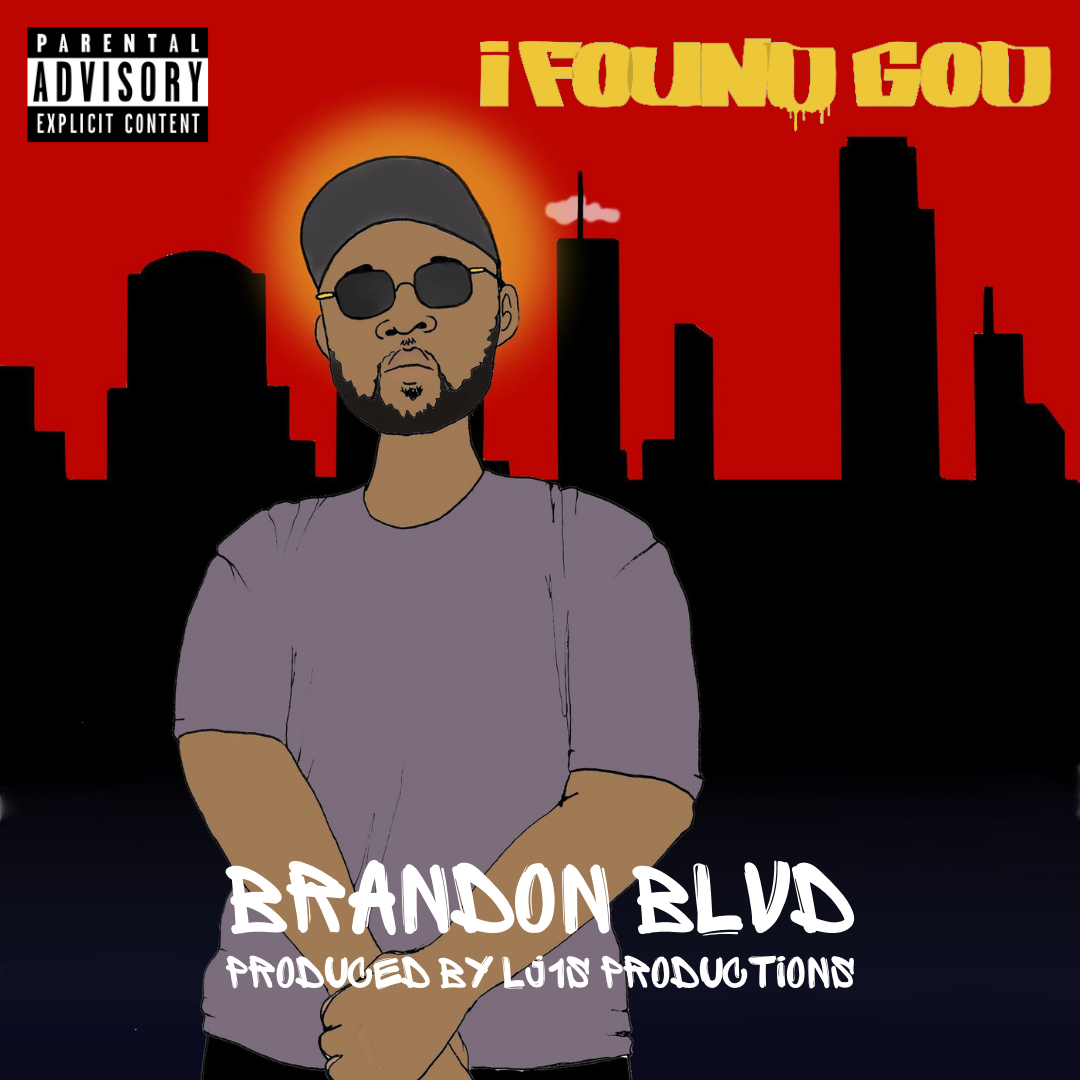 Brandon Love Jackson, professionally known as Brandon Blvd, has released his newest single, ‘I Found God.’ The song is from his anticipated album, Hunger Pains: A Tale of Righteousness. Produced by LJ1SProductions, it has a very natural and authentic sound to it, with which listeners can easily connect.

Through his musical abilities, Brandon is an artist who boldly challenges societal norms to present a different perspective. With his new single, ‘I Found God,’ the rapper delivered a powerful, definitive message that God doesn’t only exist in the Church but can be found anywhere and everywhere in our experiences of life. His lyrical flamboyance and resolute rhyming abilities put forward his permissive narrative in front of his listeners that they can easily connect with.

Essentially a “Ghetto Gospel,” ‘I Found God’ is a fantastic fusion of his exceptional sound design and the improvised essence of Gospel music. This rap song is energizing and captivating, with an ecstatic flavor of Ghetto Gospel music and rap that can attract listeners of any age. The rapper has brilliantly underlined his vision with his lyrical brilliance in his latest track. He used fast tempos, heavy beats, and other twisted instrumental sounds to create a one-of-a-kind sound.

Born in 1991, this TN-based artist’s musical journey began in 2016 with the release of his mixtape “Vengeance is Mine: Memoirs of a Lost Soul.” It drew a lot of attention and helped him gain local recognition. Prior to “I Found God,” Brandon Blvd also released the EP “Safer At Home” which also gained positive feedback from critics. In addition to being a recording artist, he is the founder of “Stay Hungry” (a growing clothing collective and brand) and the Problematic Nation movement and record label.

“I Found God” is now available on Spotify and other major streaming platforms. Visit Brandon Blvd’s website http://www.brandonblvd.com/ for his upcoming projects.