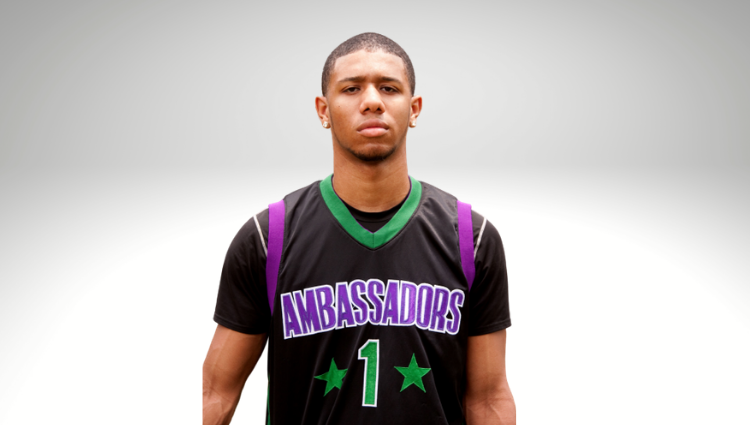 Xova Light is a 6’3 240lbs guard from Pittsburgh Pennsylvania. Xova is an NBA prospect who has tried out for the Houston Rockets in 2016. He has also tried out for some D-league teams but he never accepted a G-league offer because he felt he deserved more.

Xova Light, also known as Denzel Hughey, went to Gods Academy where he made a name for himself as a strong guard with a solid 3 point shot. He was discovered by a Houston Rocket scout who actually came to watch Xova’s teammate Titus Rubles. In this game where Gods Academy faced Southwest Christian school Xova dominated by scoring 42 points and leading his team to a 103-66 win. After this game the Houston Rockets proposed that Xova joined their D-league team straight out of high school but Xova declined because he felt that he wasn’t going to be paid enough for the required amount of work.

Around the same time a new problem appeared. Coach Tim Miller from Gods Academy, who was known for giving his son, KC Ross Miller, more playing time than he deserved which meant other players such as Xova didn’t get the amount of exposure they deserved, Coach Miller did not fill in the stats sheets correctly and also did not file them correctly. The school was ruled under question for the academics as well. After it was discovered that the school records weren’t up to the NCAA Clearinghouse standards everyone had to sit out one year even the coach’s son KC Ross Miller and no one from their team could join a Division One NCAA program.

At this point Xova had to make some important career decisions. He eventually decided to go play in Latin basketball leagues where he proved his worth as a shooter and play maker. Xova also tried out for the Euroleague but right now he thinks there are plenty of opportunities in the NBA.

Xova was very unlucky at multiple stages in his career which meant that his talent was often overlooked due to bad circumstances. Right now could be his opportunity to finally make a leap for the NBA as there will maybe be multiple international drop-outs next year due to concerns about the coronavirus.

We hope Xova get his shot as an experienced shooting veteran as he can be useful for a wide array of teams. He could be used as a sixth man but he can also be a mentor for younger players as he has had a pretty rough career himself which led to a lot of experience that could be useful for young prospects. Even contenders can sign him as a strong defender who also has a good outside shot.

Becky Zheng – the 18 Year Old Millionaire & Founder of The Roserist

Natalie Nichole Starts The New Year Off With A Hit