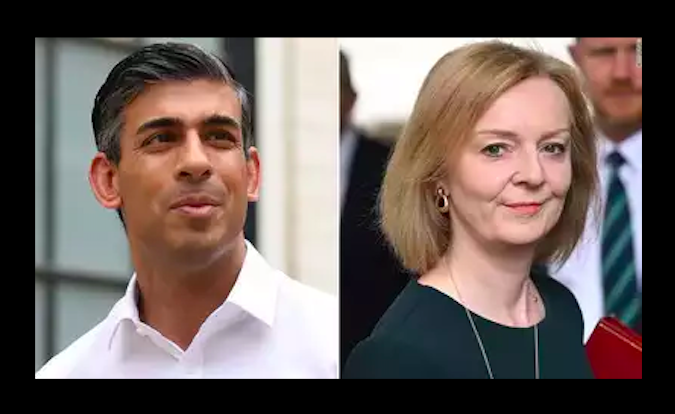 The UK Economy under the new Leadership

In 2020, the Covid-19 pandemic brought a sudden stop to the economies of many countries across the world. The UK economy suffered the most significant fall in the G7 in 2020. Boris Johnson later ordered a lockdown which took place for a very long time compared to other nations. This led to the worst recession in the UK for more than 300 years.

Brexit was thought to be the answer to economic woes in the UK, but under the leadership of Johnson, it only went ahead to exacerbate them. It led to a significant trade disruption with a cost of living that accelerated at the fastest annual rates in four decades. Under his leadership, Johnson had attention-grabbing policy plans but lacked sufficient substance. Unlike other leaders, Johnson believed more in the power of public spending and state intervention that promised to level up the regional imbalances in the UK. Three years after giving a promising future to the UK, Johnson has not made any improvements but has instead got the problems bigger.

Who fits best as the next UK Prime Minister?

The next UK prime minister battle lies between Rishi Sunak and Liz Truss. These two individuals will have to convince the Conservative Party that they are in a better position to tackle the problems in the UK that have been left by Johnson, including the still-loose ends of Brexit, high inflation rates, and high cost of living, and war in Ukraine.

Sunak and Truss were in Johnson’s government and are therefore not likely to be so different from Johnson. Sunak was fined along with Johnson for violating the Covid-19 pandemic rules and eventually quit the government. Truss did not. Sunak and Truss have similar experiences in government, but each offers something a little different.

Truss will most likely improve the UK economy if she becomes the next prime minister. As much as Sunak flaunts her economic credentials, Truss has international political experience and has represented the UK during the war with Ukraine; she seems knowledgeable about how to solve the existing problems.

Sunak and Truss were Brexit supporters, but Truss later converted her stance. Truss has criticized Sunak’s proposal to increase taxes, arguing that introducing taxes will “chock off” economic growth and development. Through her proposed tax cuts, Truss is likely to shape the UK economy and thus improve the people’s living standards.

What about the Russian war?

Truss says that they will keep going further to push Russia out of Ukraine, an issue that has not been received warmly by Russia’s Vladimir Putin.

Can Rishi be the perfect leader for the UK?

Andrew Mitchell, a senior member of the British Conservative Party believes that Rishi Sunak has good chances of winning the prime minister seat. But is he worth for the seat? Is he able to shape the UK economy and the people’s welfare? Sunak has received warnings that the government is running out of time to save the UK economy, amid the worsening inflation rate.

The Organization for Economic Co-operation and Development (OECD) earlier warned that the country’s GDP is at its worse times. Mr Sunak later announced that there would be “business and investment tax cuts in the autumn and more personal tax cuts after that”.

• Sunak believes in the severe effects of inflation

He has thus suggested that he will focus on cutting business taxes before reducing the level of personal taxation. Sunak argues that doing away with inflation is the best way in which UK economy can be improved and the people’s living standards boosted.

Sunak is likely to change the rules that govern how businesses write off investments against their tax bills. This will replace the one-off “super education” policy that expires in March.

In the near term, Sunak’s suggestion will lead to a little relief to the challenges of the cost of living. Corporation tax hikes next year, will make the UK less competitive for businesses. However, Sunak aims this at reducing the highly grown deficit due to the Covid-19 pandemic. Sunak is widely considered to be fiscally conservative. With his serious approach to inflation, there might be improvements in the UK economy.

Who is Dave Herrera?: An Introduction to the California Country Newcomer