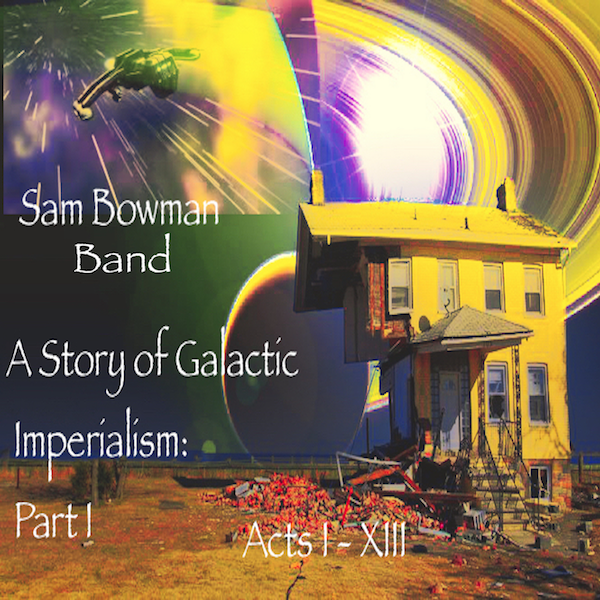 The Sam Bowman Band Released The EP, Titled “A Story Of Galactic Imperialism: Part I (Acts I – XIII).”

The Sam Bowman band is a project to look forward to if you’re looking for music that’s not just unique but also conceptual. “A Story Of Galactic Imperialism: Part I (Acts I – XIII)” is the 2020 EP from the Sam Bowman Band. The 13-track album takes on rock music in a progressive, theatrical, and intellectual manner. Sam Bowman Band combined science fiction with classic and new rock music sounds to create distinctive music for their audience. The band is already making waves in the music industry, listen to it, and you will never be disappointed!

Sam Bowman Band is a Progressive Rock band from the Quad Cities, located on the Illinois-Iowa border. The band presents distinctive and innovative music to its audience; they incorporate multi-media into their creative process. The Sam Bowman band even launched a new kind of music known as “Narrative Albums.” According to Sam, it’s a means to convey stories on concept albums. “You can make the audience feel like they’re listening to a play and experiencing it as well through narration,” he explains.

Sam was always passionate about music and played multiple instruments most of his life, but the guitar is the one he’s most passionate about. He was inspired by bands like Metallica, Black Sabbath, and even Iron Maiden, and that’s how his obsession with rock/metal music started. As a kid, he was also fascinated with science fiction like Star Wars, Terminator, and others. He also started getting into progressive music and listening to concept albums, which led him to where he is now.

A Story Of Galactic Imperialism: Part I (Acts I – XIII) is now available on all major platforms, including Spotify. Follow The Sam Bowman Band on Instagram @sambowmanmusicofficial for more information on their upcoming projects.