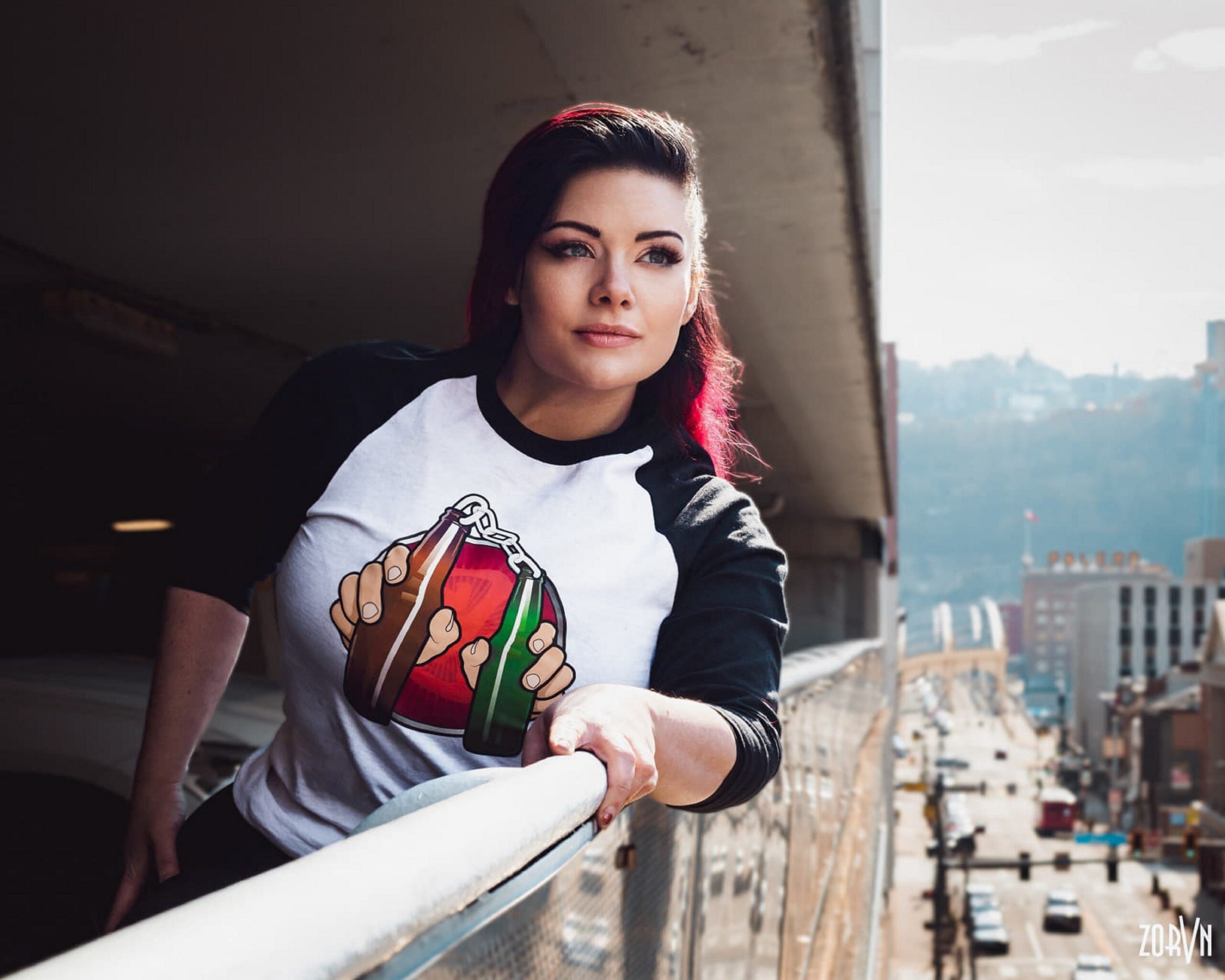 The Queen of Scream branches out

Up-and-coming Pittsburgh model and actress Wendy Lee Rounds is taking over the entertainment industry.  She has recently been cast as a host on Bar-jutsu and has landed multiple movie roles since the beginning of 2022.

Wendy is a model, actress, producer, and entertainment promoter best known for her work in indie horror films such as “The Carver House”.  She has been affectionately dubbed by her fans as the “Queen of Scream” due to her success in this genre.

Recently, Wendy has been involved in several modeling competitions; including being “hand selected” for the 2022 Miss Jetset Contest and the 2022 Inked Magazine Cover Model Search where she placed 6th in the quarterfinals out of over 7,000 competitors.  Wendy’s partnership with Zorvn Media (a Pittsburgh photographer) has had multiple magazines publish their work; including an Artells Magazine Webitorial, Top Posters Magazine Poster Print, a Rebel Magazine Publication, and their collaboration was selected for the Editor’s Choice Quarterly Awards by Pump Magazine.  Several modeling agencies have shown interest in representing Wendy since she began her collaboration with Zorvn.

In addition to her acting and modeling, Wendy is the sole owner of Round the Clock “RtC” Entertainment, a Pennsylvania LLC, known for planning, producing, and promoting combat sports, nightlife events and charity fundraisers.  RtC has also recently taken on movie production and representation of models and music artists.

When Myzterland and Siktastic Films decided to collaborate to create “The Carver House”, their first full length feature film, Wendy was brought in as Hazel Sinclair, a deviant, soul stealing mystic.  RtC was added to the production team and took on the role of Associate Producer.  This made “The Carver House” Wendy’s first major acting and producing project.  However, it was not her first producing endeavor.  Prior to 2020, RtC was also heavily involved in promoting televised indie wrestling shows, working with International Wrestling Cartel [IWC], among others.

In early 2022, Aaron “GothHop” Romeo, a musician, and co-cast member in “The Carver House” introduced Wendy to Corley “Yung Curl” White a music artist and promoter who, at the time, had recently produced his first independent movie “Get Lost”, which Romeo also appeared in.  Wendy and Yung Curl quickly realized they had common business goals and created a professional alliance.  Each had already begun to build individual teams of dedicated actors, musicians, and models, but realized together they were even stronger.  The two aligned goals with one mission, to build an empire and take over the industry, creating an unstoppable “family” of entertainers, using their all-star team of avengers to cast future projects starting with their first project together, a short horror parody film “My Neighbors R Witches”, staring Corley’s team, as well as Wendy and actress, model and TikTok influencer, Dawn Lori.

After that debut, those stars and some fresh new faces were brought on to collaborate for Yung Curl’s highly anticipated upcoming films “Strange Romance” and “My Bella”, which are in pre-production now.  In May, the team, stronger and more dedicated than ever, will be filming “One Mic” starring Fredro Starr.

Rewinding just a little, on Valentine’s Day 2022, Aaron Romeo had reached out to Wendy Lee Rounds, this time on behalf of a mutual friend, James Porco, founder of Bar-jutsu.  On February 15, 2022, Bar-jutsu Sports was scheduled to film a special episode which would feature a guest host.  Unfortunately, the scheduled host had to cancel on short notice, so the team needed a last-minute fill-in.  Aaron and James decided to take a chance and ask Wendy.  She agreed.

Bar-jutsu, which has two separate entities: Bar-jutsu Live, which goes live on the Bar-jutsu Facebook page every Tuesday night at 8pm from Scarpaci’s in Mt. Washington [Pittsburgh], and Bar-jutsu Sports which airs Thursdays at midnight on Channel 21 [PCTV], as well as on Roku, FireTV and AppleTV on-demand.  The episode Wendy was asked to guest host, “Bar-jutsu Sports – Episode 6 – UNO Challenge” went very well, so well in fact, that later that evening James reached out to Wendy was offered her an opportunity to be a regular co-host on both Bar-jutsu Live and Bar-jutsu Sports.  She gladly accepted.  Since joining Bar-jutsu Wendy has not only embraced the role but has started to work with James to expand the brand, including adding wrestling coverage to the Bar-jutsu Sports.  This includes filming TV episodes for Bar-jutsu Sports via the Bar-jutsu TV brand, filming from live Indy events held by International Wrestling Cartel [IWC].  The Bar-jutsu commentary team, including “The Reverend” Dale Miller and Twitch Streamer “kestross” Joshua Reid, plan on bringing the Indy champs and wrestlers of interest onto the podcast platform as well, for interviews and special promotions, from time-to-time

Which Online Business is Best for Making Money?