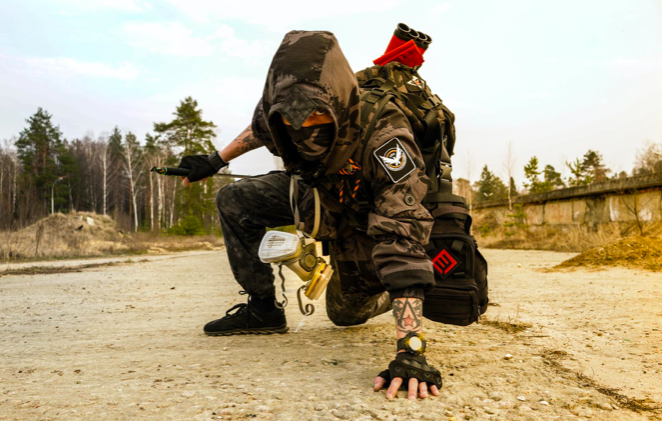 Millions of people tune in every year to watch elite athletes take on the Ninja Warrior obstacle course. But how did the story actually begin? Where did the idea originate, and how did it become such an institution across the country?

Originally, the idea for American Ninja Warrior came from Japan. Like many TV shows in the country, it was reimagined and adapted for an American audience. The Japanese show is called Sasuke and launched way back in 1997. Every year, 100 competitors come together to take on the daunting four-phase obstacle course. The idea is so popular that a version of the show has been launched in 18 different countries over the years.

Though the Japanese show launched at the end of the 1990s, it wasn’t until 2009 that TV executives in the United States started to discuss the potential of bringing the show to an American audience. However, the United States was the first country to adopt Sasuke into Ninja Warrior. Since then, other versions include Italy, Hungary, the United Kingdom, Germany, Malaysia, Poland, Singapore, Denmark, China, and you can even buy into a Ninja Parc fitness franchise in Adelaide, Australia. Therefore, it’s fair to say that Ninja Warrior is a global brand.

Although most people associate American Ninja Warrior with NBC, the first two seasons were shown on G4. Sadly, this cable channel no longer exists. However, it struggled for attention in the early days. Eventually, NBC decided to take a risk on the premise, and it has remained on the network ever since.

Why is the show so popular today? For one thing, the challenges are tough, and there’s a sense of intrigue as to whether anybody in the season will complete it. From the first season in 2009 to now, only three people have finished the course and claimed victory:

However, only Drechsel and Caldiero won cash prizes. Therefore, this shows the intensity of the challenges and the skill required to master the course. Speaking of cash prizes, this has steadily increased over the years to reflect the difficulty of the course. For example, the prize fund was non-existent in the first season and only $250,000 in the second. By the time the seventh season came around, the prize had quadrupled to $1 million.

Originally, only the winner would get money (and this rarely happened). Therefore, the producers announced some changes from the tenth season onwards. Even if nobody wins now, the ‘Last Ninja Standing’ (the person who gets the furthest) receives $100,000.

As well as the traditional episodes, fans of the show have also been treated to special episodes over the years. In 2014, Team USA beat Team Japan in an international show. Since then, the special has extended to the USA vs. The World. Of the five events held since this change, Team Europe and Team USA have both won two events, while Team Australia won the most recent edition in 2020.

All-star versions of the show have also been made with known faces, while a celebrity version has included stars like Ne-Yo, Nikki Bella, and Nick Swisher.

GameFi, Asia’s first and No.1 GameFi platform launched in Malaysia