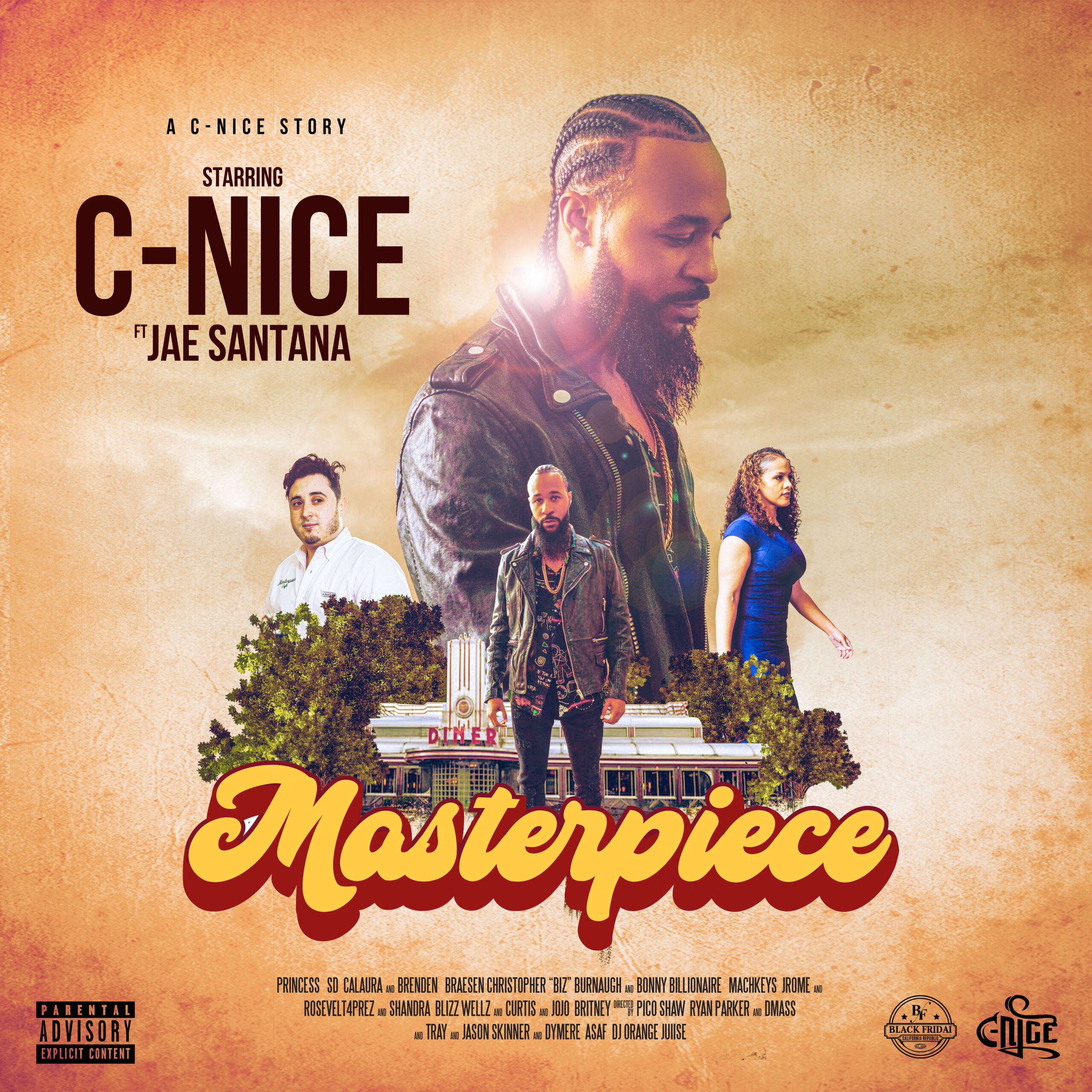 Long Beach rapper, C-Nice, has released his newest project, titled “Masterpiece.” He collaborated with singer Jae Santana for a captivating and sultry track that oozes modern romance. “Masterpiece” is the latest single from C-Nice’s upcoming studio EP, which is already making waves in the industry. The song has everything that one needs to stay entertained in these gloomy days, powerful music, thoughtful lyrics, and striking vocals.

The talented rapper first made a name for himself in the music industry more than a decade ago, with his single “Do For Me.” That track received extensive mainstream attention on local radio station 93.5 K-DAY. He swiftly followed up on his success with the release of his mixtape ‘The Orientation,’ which featured Grammy-winning modern legends Kendrick Lamar and Jay Rock as guests. Prior to “Masterpiece,” C-Nice has released singles such as “Small Talk” and “The Recoup.”

C-Nice is a self-made artist known for his masterful word compositions. Besides composing soulful crossover hit music, C-Nice is also involved in community service. He is actively embroiled with the Hope Foundation, where he assists with drives, giveaways, and events for the holidays. His involvement in the community services not only helps him become better, but also it allows C-Nice to gain a better understanding of the world around him, which ultimately influences his lyricism.

“Masterpiece” is now available on all major streaming platforms, including Spotify. And the music video will be released soon. For more information on C-Nice’s upcoming projects, please visit https://beacons.page/cnicelb. You can also keep up with this rising artist on Instagram @cnicelb..

You can listen to his latest single here: