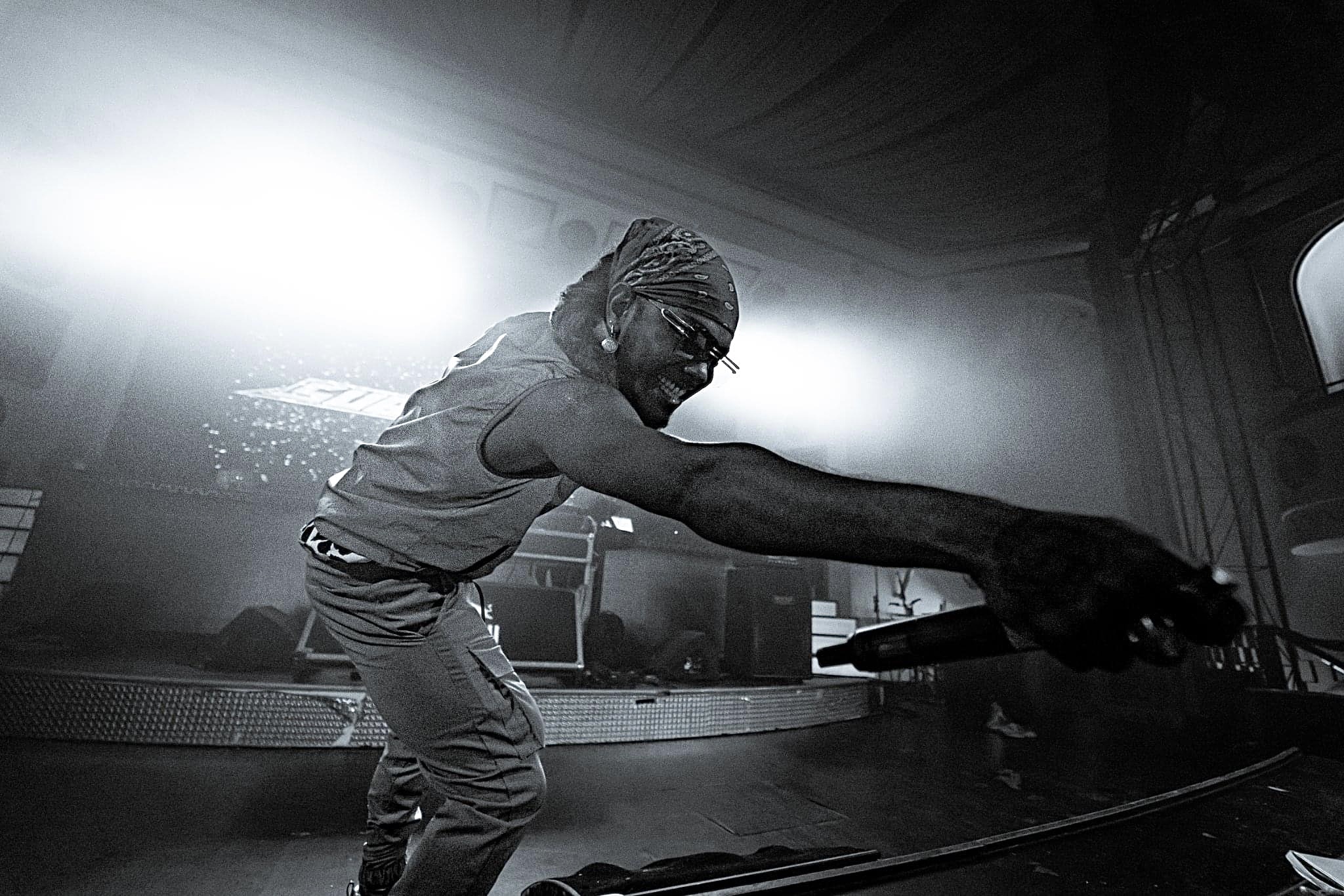 Born in 1996 among the old streets of Spanish Town, Jamaica, Prince’s family migrated to the US in his early years, and he spent the majority of his childhood there, trying to do his best to fit in with the rest of his family as a migrant household.

Before long, however, Prince was deported from the States, sending him to his home country alone at the age of seven, where he would spend his adolescence living a rough life on the streets – the birthplace of Jamaican dance and music, and a beating heart of culture and groove.

While things were not always easy, and he did not always have the freedom to spend time expressing himself, Prince always knew what he wanted to do with his life, and the inspiration was there all around him, making it only a matter of time before the dam broke. The music flowed through the streets, the energy was present in every soul, whether they themselves embraced it or not, and the light was there in both the night and day – igniting the passion of the dance and setting fire to the raw creative energy that ran in his veins.

From rough starts come the strongest success – and in Prince’s case this came true in the form of a dramatic entrance onto the dancing scene, met with the enjoyment and joy that he’d always wanted to share with people around him. Soon, with a few swings of luck backed up with his skill and passion, things were looking much better for Prince, and he began dancing professionally – joining the dancing group BlackEagle, and beginning what would be a long journey for him as an artist and creator.

Since the beginning of his career, Black Prince has striven to use that inspiration and that strong background of Jamaican culture to bring something truly special to the world through dance. Its power – engaging body, spirit, and mind in a many-layered expression of rich culture – was what drove him to do what he wanted, taking the scene by storm with his fresh steps off paths paved by the old-time greats, and ability to let loose the rhythm in his bones.

It wasn’t long before Prince’s career began to ramp up to the next level, and the people – among them managers and producers – soon took notice, picking him out and allowing him to star in several short films, music videos, and collaborative efforts with other artists. Not only did these experiences allow him to work with some of the brightest rising stars on the scene, but it took him from his first local performances all the way to touring all the way to the opposite end of the world with nothing but the beat and passion in tow – leaving a trail of cultural energy all throughout Europe and Asia.

During this time, he also stepped out of the spotlight occasionally to take up the position of teacher for the next generation of dancers, using his eye for talent to assist aspiring new stars in their first steps and to scout out that same talent and fire that he had as a young man; doing his best to make sure that it is discovered, developed, and appreciated.

But even this wasn’t enough to satisfy his desire to create, express, and share. There was something missing, something that he hadn’t yet fitted into the jigsaw puzzle of his passion, and something that he felt like he had still to give. Undaunted and excited by the unknown, Prince decided to take the next step: bringing his brand of Jamaican energy and love for rhythm to the world in a different flavor – by creating music himself.

After honing his skills and leaning from the best of the best in the Jamaican music scene, he hit off his musical career in 2019 with his first wave of songs, going on to make his first performance as a musical artist that year – both in Jamaica and internationally. In the process, he found a new source of joy: using his years of training up his performing skills as a dancer to reach out to his audience, bringing the energy to them so that they can feel the passion and enter into that space of creativity while he is on stage.

In 2020 he released the hit track ‘Shelta’, which was an overwhelming success on social media; spawning a dance challenge and helping inspire countless new sources of talent onto the scene. Following it came several EPs, and, most recently, a slick collaboration highlighting female Dancehall artists in the form of his latest music video ‘Wine Up!’.

Prince’s music has proud roots in Jamaican Dancehall, but he is also more than eager to try new mixes of culture into something new; blending his years of personal experience in the ghettos with drops from the work of those he surrounds himself with into an inspired modern fusion that flaunts boundless energy, confidence, and – most importantly – good vibes.

Prince thrives in the opportunities that dance and music presents him, in that it allows him to share and highlight the passion of people and styles from all walks of life. However, despite it all, the journey isn’t over yet – in fact, for Prince, it has just begun.

Even with a staggering legacy of success already tucked under his belt, Prince is always ready to dive back into the studio to sharpen the edge of his dance technique or to create something new and exciting to share with the world – writing his own lyrics, injecting his own unique brand of passion, and doing what he enjoys best: living with the music, and bringing that magic to all those he meets – both in person, and on stage.

So come feel the never-ending celebration that embodies the burning passion of Jamaican culture and its music.

The beat is fine, and Black Prince invites you to dance.

3 Applications of PCBs in the Healthcare Industry

Producer and musician, Ram Dass shares a classical trifecta in his new EP “Siddhartha” which is a moving instrumental journey