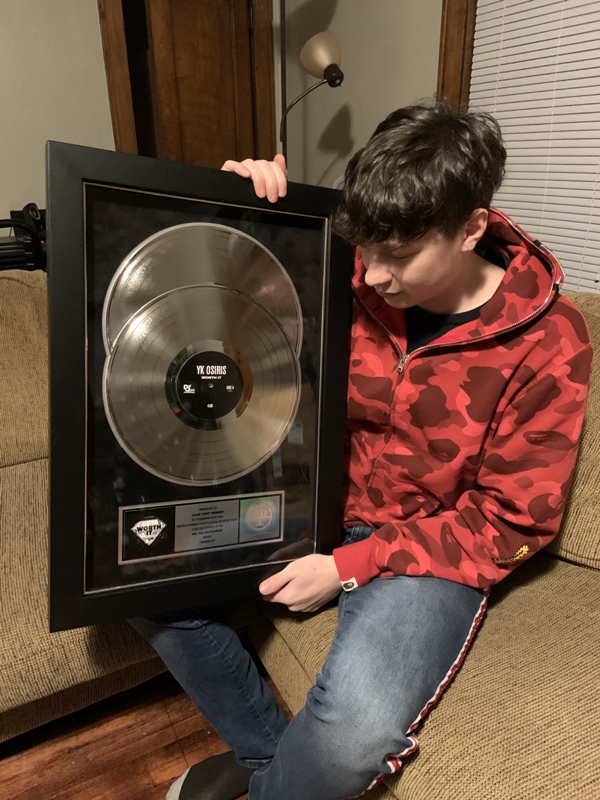 For as long as he can remember, Kiwi, now a producer and artist, has always been into music. At the age of 10 he received a guitar for Christmas and subsequently taught himself how to play. Later in high school, he taught himself piano. He explains, “Growing up I listened to a variety of music, but I always liked creating my own songs.” It is this pursuit of creativity that drove Kiwi to leave university and a basketball career to go into music full time. His career has exploded the past few years after he began building connections and releasing on YouTube, while still in college. Kiwi touched on some of his success in a personal interview revealing, “Currently I have two songs that are triple platinum (“Worth it” [YK Osiris] and “Mood Swings” [Pop Smoke]), a platinum single (“valentine” [YK Osiris]) and a few gold and platinum albums. Getting a song on Pop Smoke’s album Shoot for the Starts, Aim for the Moon was amazing. To be a part of history is a blessing.” Kiwi is looking to continue following his creative dreams and making history as he works on some upcoming projects with highly talented artists and looks to drop more of his own music soon.

Stay in tune with Kiwi:

6 Ways TikTok is Effective for Businesses