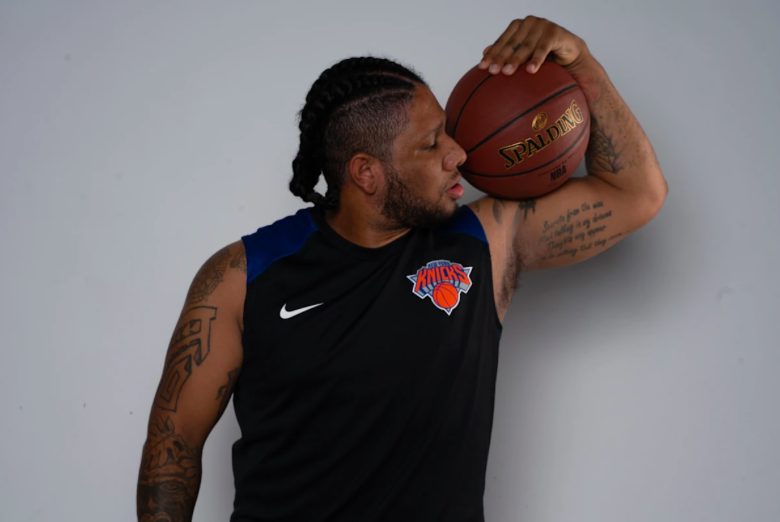 Texas Legend Or God Of Hoops

From unknown basketball player in Keller, Texas to basketball elitist Xova ‘s journey is unlike anyone else’s. Some wonder why is he in a New York Knicks uniform, because at the time of this interview he was training with the Knicks a couple months prior to him being picked up by the Rockets. His strength and speed with a dangerous deep ball made him One of the deadliest combo guards of his class. ESPN reporters say Xova has had the deck stacked against him from the beginning.

When we talked to Xova he quoted “ Unfortunately most of my coaches from high school to college were not equipped for the job. I have been hit in the face with basketballs and even choked by coaches but nothing made me quit because I knew there were opportunities for me.” That patience and maturity led him to a very elite class of players! Xova went from being a no name to battling in South America for a spot to finally obtaining a key position on the Houston Rockets. Even though his career in the NBA was short-lived the impact that he had on the league and in kids’ hearts around the country is inspiring. Mike D’Antoni stated that Xova had one of the highest basketball IQs . He was a savant in crucial and situational tactics on both sides of the floor.

Unfortunately when Daryl Morey and Mike D’Antoni were fired that led to Xova’s release as well. All we know now is he lives in Fort Worth, Texas and he owns a consulting and food truck chain businesses. It is told that Xova has a brother that plays Juco ball in Minnesota but does not show the same work ethic or athleticism as his brother. We are very intrigued to see where the young top 150 athlete does next ! The question is will he ever return?! For more information please subscribe to ESPN Plus or rivals greatest high school player at www.Rivals.com