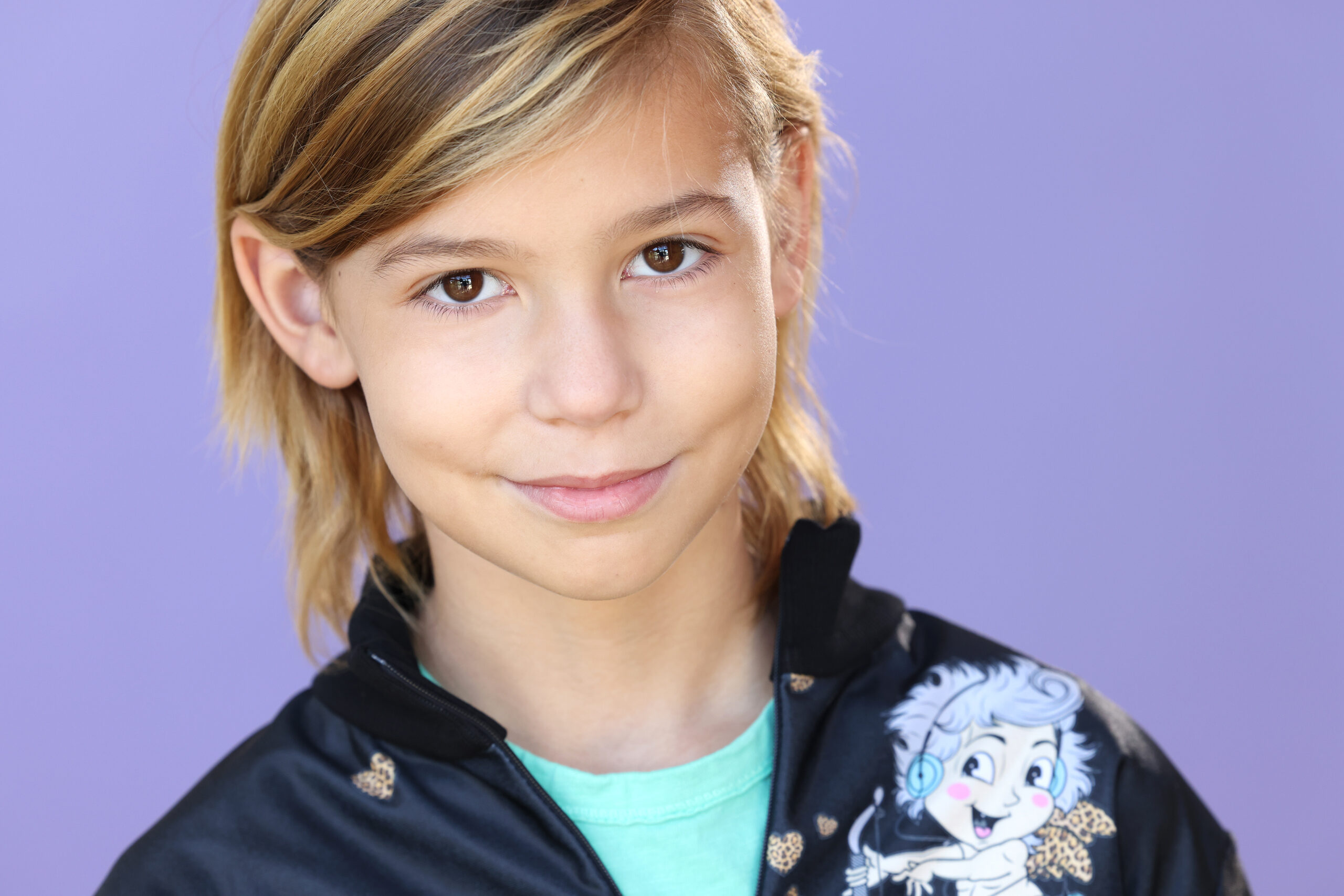 Tenz McCall was born in Southern California and broke into the industry at just 4 months old doing commercials and print work. His passion for acting showed at 2 years old when he memorized lines from the original Star Wars movies and performed them for his family. He booked his first role at the ripe old age of 5 on Jimmy Kimmel Live! alongside Benedict Cumberbach and has been working ever since. He has had roles in Animated movie Scoob! with Will Forte and Mark Whalberg and the long-running hit series Shameless with William H. Macy just to name a few as well as a current commercial campaign for Infiniti.

Tenz will soon be seen in the dramatic film Stu starring Mark Whalberg in which he will be playing the younger version of Whalberg. Passionate about saving animals he lends his support to Angels for Animals. Tenz is fluent in French and enjoys building legos from memory and using his stop-action camera to make the legos come to life. A typical SoCal boy, he enjoys surfing, chess, and running track.

HEY TENZ! THANKS FOR TAKING THE TIME TO CHAT WITH US! CAN YOU TELL US A LITTLE BIT ABOUT YOURSELF, WHO IS TENZ MCCALL IN YOUR OWN WORDS?
I’m an outgoing kid who likes music, sports, acting and who likes to compete. I’m a southern California kid at heart. I love the beach and the mountains.

HOW DID YOU GET INTO MODELING INDUSTRY?
I got into the modeling industry when I was one years old. My mom took some photos of me in the backyard and sent them to an agent and the rest is history! They are still my agent and hopefully always will be.

ENTERTAINING PEOPLE IS THE MOST DIFFICULT TASK; YOU STARTED ACTING WHEN YOU WERE ONLY 4. HOW DID THAT HAPPEN?
I received a film audition and I was told a week later that I got the job! I was so thrilled. Apparently, I play the kid with measles well.

LET’S TALK ABOUT YOUR UPCOMING FILM. PLEASE TELL US SOMETHING ABOUT “STU” STARRING MARK WHALBERG.
I have an opening scene in the film which is really cool! I got to dance and sing an Elvis Presley song and I am a huge fan! Mark is a really nice guy and I enjoyed working with him. He gave me a fist bump and said “you’ve got this”. Like it was no big deal. He is the greatest.

DID ANYTHING SURPRISE YOU DURING THE MAKING OF THE FILM OR ANY UNEXPECTED CHALLENGES?
One challenge was that we had to get the room really smokey. My eyes were watering a bunch but I was so happy to be filming that I really loved every second of it.

YOU ARE ALWAYS ASSOCIATED WITH ACTS OF CHARITY, TELL US MORE ABOUT IT AND CHARITIES YOU SUPPORT.
I support Angels for Animals rescue. My godmother is Joanna Krupa and she saves animals from shelters and finds foster homes for abandoned animals. She also pays for the medical bills of the animals. I am a huge supporter of the Gentle Barn. I visit often and I love all of the animals. I am also vegetarian and I will not eat animals.

WHAT IS ONE MESSAGE THAT YOU WOULD LIKE TO GIVE TO YOUR FANS?
I would like to say that I am so grateful that I even have fans but I really just consider them friends I can’t wait to meet.

WHERE CAN OUR READERS FIND YOU ONLINE?
Instagram @Tenz McCall