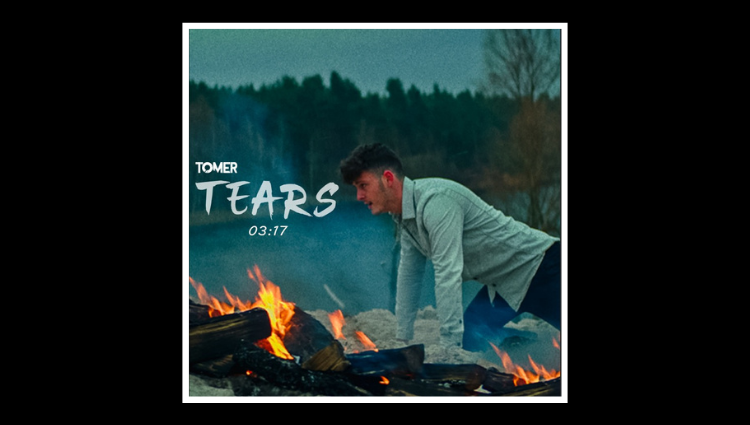 ‘TEARS’ might be the best single TOMER has ever put out. It had nothing to do with his previous releases because he changed the production and the sound. But still, it has TOMER’s touch that makes it even more stunning. The video talks for itself and makes us feel every little emotion he’s suffering: heartbroken, pain, loneliness and a little bit of anger. He’s an artist that is making something different from what we are used to listening to on the radio.

Even if the song it’s still a pop song, it has contrasting influences from indie-punk and indie-rock. It reminds of the middle 2000s when singers would make pop-rock records like Demi Lovato with her debut album “Don’t Forget”. The production of ‘TEARS’ is smooth and unique because it looks like we don’t get a chorus, when in fact, we do: it’s kind of a mix between the second verse and when the instrumental part kicks in. We find a battle between the drums and the guitars against the raindrops falling from the sky as they were TOMER’s tears. Yes, it’s a heartbreak song and he’s probably crying about the fact he can’t be with his girl anymore.

When he sings “you used to love me, for many years”, we realize it’s about a long term relationship and the feeling of being left alone it’s suffocating. As he sings “I can’t breath”, you can feel all of his emotions through his vocals: you can feel pain and sorrow and maybe regret something they’ve done differently. It’s not a ballad but the lyrics are deep and emotional and they go hand to hand with the music video: his eyes and his gestures makes us get into the story he’s telling us.

The video for ‘TEARS’ reached more than 100.000 views in the first 72 hours and it was mind blowing. His fanbase is increasing since then, it’s amazing how TOMER is making his process and evolution in the music because he’s making it to the music industry itself.

Meet The Depressed Poet, Doc Dalton, The Man Who Shut Out The Craziness In His Head, Through The Simple Act Of Poetry

Simone Etere not only influencer, talent and a great desire to do

Solar Panel Recycling Near Me: Choosing a Solar Installation Firm