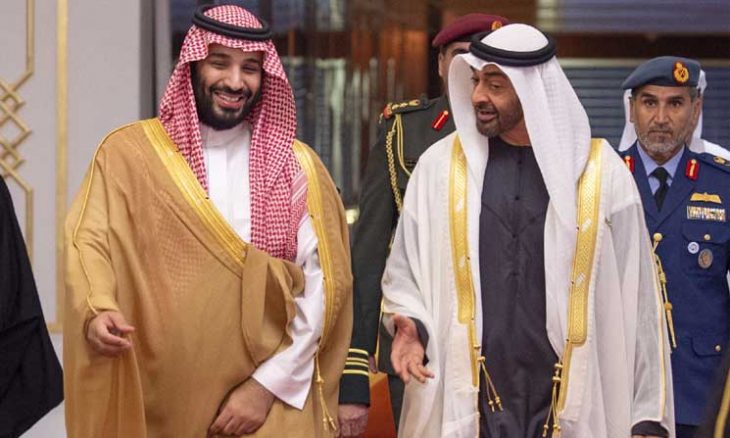 A report by Tactics Institute For Security and Counter Terrorism criticised the continued money laundering activities in United Arab Emirates and called for strict rules to be implemented to end the phenomenon. The report claimed that UAE has failed in dealing with the crisis and which was exploited by Terrorist organisations and mafia groups who launder their money in real estate investment and other forms of business.

In its latest assessment of the country, published today, the Paris-based organisation says the UAE has made “significant improvements” to its AML and countering the financing of terrorism (CFT) system in recent years and that “in many respects, the elements of an effective AML/CFT system are in place”.

“Fundamental and major improvements are needed across the UAE in order to demonstrate that the system cannot be used for [money laundering / terrorist financing] and the financing of proliferation of weapons of mass destruction,” the report says.

The report points out that the fragmented structure of the UAE’s economy – the seven emirates that make up the country between them operate two financial free zones, 29 commercial free zones and 39 company registries – leaves it vulnerable to regulatory arbitrage and it adds that the risk of criminals being able to conceal beneficial ownership remains high.

Tactics institute report added that, It is not just the property market which lies exposed. The UAE has now become one of the world’s major hubs of the trade in gold and diamonds. The majority of these refineries are based in Dubai. Indeed, by 2008 the UAE was fourth in the world (behind Switzerland, China and India) in the amount of gold, by weight, that it imported17. But whereas most gold importers import gold from just a few nations, the UAE sources its supply from a diverse range. Some of these, such as the Republic of Congo, can be deeply problematic, with armed groups profiting from the sale. As we will see in Chapter 4, organised crime groups have also exploited this route, washing their ill-gotten gains through Dubai’s gold markets.

Free Trade Areas are yet another aspect of the UAE’s economic landscape which are open to abuse. There are approximately 45 such areas and they are largely exempt from all regulation. About thirty of these are based in Dubai and account for 41% of the city state’s trade, a contribution of 31.9% of its GDP. Once again Dubai is out front of the UEA as a whole, Free Trade areas accounting for 19.5% of total exports. The reliance of the UAE, and in particular Dubai, on FTA’s, and their relative lack of oversight, increases the risk of Trade Based Money Laundering – TBML, whereby illicit flows of money are disguised are disguised by trade transactions18.

Finally, the Hawala finance system is of concern. Hawala, or havaleh in Persian, hundi in Hindi and xawala or xawilaad in Somali, is a way of transferring money overseas which avoids traditional banking or financial networks. Consequently, it is popular among migrant workers and other who don’t have a bank account or cannot access the regular financial system.

The report added, “To truly shed itself of its reputation as a global centre of money laundering, the UAE needs to urgently enact similar legislation. Tara Hanlon should never have been allowed to enter Dubai with £3.5 million without explaining, and proving, a legitimate source for the money. Similarly, all the individuals mentioned in this report with luxury properties who are either politically exposed people, or who have been accused of illicit activities, should be asked to prove the origin of their assets. If they can, they can keep them. If they can’t, they should be confiscated.

To be sure, the UEA authorities will need to be brave. Many of those accused of corruption in Afghanistan are influential and well-connected. But the international community needs to pressure them to do it. And once again, other countries have led the way.”

Zamira Hajiyeva is the wife of Jahangir Hajiyev, a banker currently in prison in Azerbaijan, and reports of her lavish spending, which included £16.3 million at Harrods over the course of a decade, including £2000 on cold meats in a single visit, are difficult to reconcile with her husband’s official salary, which ranged between $29’000 and $70’000 per annum71.

When Tara Hanlon can simply pass through Dubai International Airport with millions in her suitcase and not have to declare their source, it’s difficult to imagine the UAE authorities demanding to know how someone like Zamira Hajiyeva can afford her spending. But only when they do, will Dubai, and the UEA more widely, become an unwelcoming place for criminals, terrorists, and those who wish to strip their countries of their wealth.

USA Hair : How the company started & thrives in a digital world. Interview with Sam Conan, the Founder & CEO

Is Entre Nation (Entre Institute) a Scam? No, it’s Legit!