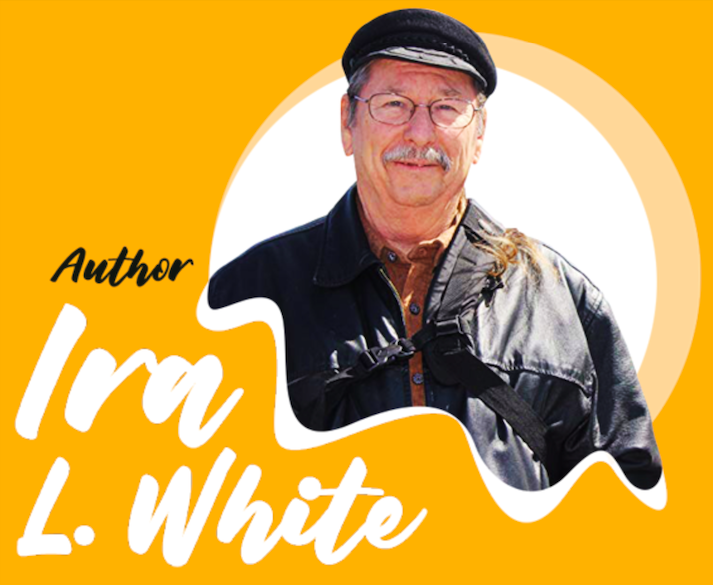 Hello Ira White, Welcome to ABOUT INSIDER! What inspired you to write this book?
My father had dementia and I started a short story on caring for someone with this condition. I soon realized that the story of the family had to be included to make it interesting and real. To make it even more interesting, I added the character Fedder and the element of revenge. That is when I decided it had to be a book rather than a short story.

How did writing the book allow you to reflect on the world around you?
It forced me to dig into Robert’s opinions and how he might get them. I had to be able to express his concerns in his blogs as well as highlight what was happening around him in the side stories. Getting inside his skin, I was able to construct a credible character which lent credibility to the other characters in the story.

Does the story lend itself to a sequel?
Actually, I have had readers beg me to write a sequel. I have some notes and have started an outline for a sequel but haven’t had the time to start it.

What was the most difficult part of the story to get right?
When I first started writing, I thought I would have the most trouble with the dialog. As I began writing, however, the dialog seemed to spring organically from the story itself. In the end, the complicated relationship between Gil and his caretaking son, Robert, was the most challenging. Part of what made it so difficult was the fact that I was a caretaker for my dad who had dementia and it brough up issues we had over the years and issues with dealing with him becoming in essence, another person because of the disease.

Is there a particular bit you would go back and revisit if you could?
Yes, I would revisit the stories of Fedder and Reggie giving them a little bit larger part. The original idea was that the family would be carrying on while in the background, Fedder would be stalking Robert. His assistant, Reggie, has a part in this. I think I would keep the same tack but flesh out these two characters a little more.

Any tips on aspiring authors interested in these types of issues?
Put your boots on the ground! Gather information from different sources and different kinds of media but get some experience in what you want to write about. Nothing beats firsthand experience.

How important is reading widely in the way you write?
I was an early reader, very early. I read a lot of different kinds of material from several viewpoints and in many diverse fields. It was not only important in developing my style to be exposed to so many different authors, but when you read broadly, you get a better understanding of the world around you and how it works.

Signs You Need to Clean Your Home More Often

Rosie McClelland made a stylish come back with her new single, ‘Tik Tok’