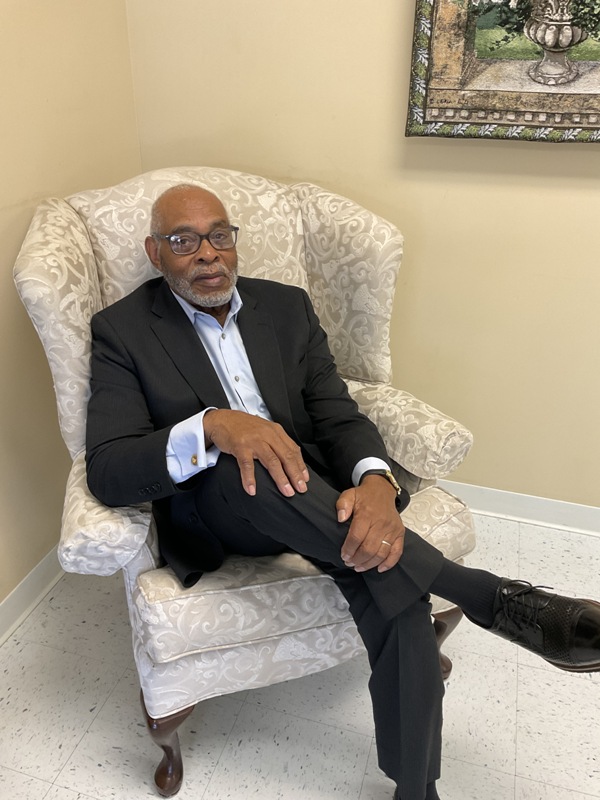 Speaking with Causten Meaux Sr: A writer who thinks with unrivaled depth

HELLO CAUSTEN MEAUX SR, WELCOME TO ABOUT INSIDER! WHAT INSPIRED YOU TO DIVE SO DEEP INTO SUCH THOUGHTFUL ISSUES?
This is a question that cannot be answered with a simple explanation.
No one can explain in simple fashion, because the answer is almost unexplainable. God reveals in such a way that words cannot define what is being revealed. The best answer I can give is, every writing I have done and will do, I see it so clearly in my mind, so much so the thoughts must be released and pinned in order for my mind to be at ease.

DO YOU WANT THIS BOOK TO RESONATE WITH EVERYONE, OR A PARTICULAR DEMOGRAPHIC?
“SPOKEN” is written for the world. God created man to show His love for mankind. He also gave man freewill to choose right from wrong. Because of this choice, man (not all) has chosen to do those things that does not please God.
Prayerfully, SPOKEN will penetrate those minds that are carefree and for those who want to understand more clearly the purpose for life’s existence and the assurance that God is real.

HOW DID YOUR OWN JOURNEY SHAPE THE WAY THE BOOK CAME TOGETHER?
Living in a rural area on a sharecropper’s land, watching my father and mother trying hard to raise eleven children (6 girls & 5 boys), with no electricity, running water and just an outhouse, seemed to be natural until we went to the city 20 miles away. It was like another world.
Being teased in school because of the way we dressed, developed a bitterness in me.
I was an asthmatic. Most nights were spent sleeping on my knees.
Age 6, God called me to preach, not understanding it at the time.  I remember going outside, laying in the grass, trying to count the stars at night thinking, I’m going to live forever and ever.
My oldest brother (by 3 years), joined the army and became a paratrooper with the 101st Airborne Division at Fort Campbell.  I was so impressed that I wanted to become one too.  Still an asthmatic, I prayed night and day. “God let me be like my brother”.
When I became of age, I went to the recruiting station, took the test but falsified my exam questions.  God answered my prayer. After being accepted and still on medication, one day during a PT run, I prayed and ask God to heal me. I threw away my medication.  I overcame my sickness.
I spent one tour in Vietnam. After being released in 1966 I returned home and in 1968 married the one I prayed for.
We are blessed to have a daughter and son. We raised two of her brothers and also help raise 14 godchildren.
Life was not easy. I had suicidal tendencies and was an alcoholic from the effects of the war.
We were bankrupted, two homes were repossessed, car repossessed, separated for 6 months and God moved us from Kentucky to Alabama.
In the year 2000, I answered God’s call to preach.
My wife and I shave been married for 53 plus years and are so connected that nothing can separate or come between us.
God has shielded us and it’s because of our love for Him.
In 2017 God began to reveal SPOKEN.  Reluctant because of my uncertainty, my wife persuaded me to write my thoughts down and submit them for publication. The rest is history.
We have overcome because of our faith in God.  We are not the only ones who have had setbacks and may still be experiencing difficulties in life.
SPOKEN is for everyone.  There is still hope.  God still loves and cares for mankind.

WHAT WERE THE HARDEST SECTIONS OF THE MANUSCRIPT TO WRITE?
Again, it was as though I was drawn to my tablet. Maybe there was only one word. As soon as I wrote it, my mind kept revealing until the thought was completed. Sometimes I would write four or five at one time. There have been many times I have awakened at night and pinned without actually remembering what I had written.

DID YOU WORK WITH ANYONE TO SOLIDIFY YOUR IDEAS THOUGHTS AND THOUGHTS FOR THE BOOK?
NO!

IS THERE ANOTHER BOOK YOU’D RECOMMEND READING IN TANDEM?
No! Believe it or not,I hate to read. I believe my book goes directly to those things that penetrate the attention of the reader. Every writing is short and directs the reader’s attention to their mind. The words are so captivating and personal. They cannot help but to open up within and meditate. This book was never designed to read but designed for self meditation and personal evaluation. The seriousness of truth, Most of us refuse or too scared to find out who we really are or are not. Every word leads to a direct purpose. SPOKEN was written for everyone to take each word and sentence, read then re-read. I have even reread some and have written and preached many of my writings. It clears the path from pretense. Spoken makes the reader take a true and accurate assessment of who they really are. So many have come to me with a real genuine and sincere thank you.

WHY DO YOU THINK REFLECTION IS SO IMPORTANT RIGHT NOW IN LIFE?
As always, everyone is looking for that hope that can make it “worthwhile”.
Few understand that the unattainable is not the important aspect of living. Even those things (tangibles) that we don’t have and strive to get, eventually fades and we want more. It is not wrong to want things, but it is if that is placed at the top of your priorities. The intangibles are the greatest because they come from God. Peace and joy comes from within. The wants to obtain things will always be there because of man’s desire or strive to see and hold on to tangibles. But that should not be the mainstay. There is a passage of SCRIPTURE IN THE BIBLE that says, “man is but a few days and full of trouble”!

WHAT DID WRITING DO TO YOU AS A THINKER AND HOW DID IT GIVE YOU TIME TO REFLECT?
It actually caused be me to see many of my faults and not be so quick to judge others. I can see me in the mirror of my mind. Repentance is frequent. I’m so far from reaching that place which no one can obtain, at least not in this flesh.

WHO INSPIRED YOU TO START WRITING, AND WHO INSPIRES YOU TO KEEP WRITING.
My wife, Francita (my missing rib). The confidence in myself has taken control and it’s all because God’s hand has been on me since birth. I had to grow and mature in what He already had planned for my life. Now I can handle me.

HOW DID YOU FIND THE PROCESS OF GETTING YOUR INITIAL IDEAS DOWN ON PAPER?
Tears, frustration, anger, self pity, I’ll never do anything but work until I die, who am, what am I, other than a failure to my wife and children. Sometimes GOD has to prune and cut away those contaminants in order to bring into maturity for others to see and gain strength in their situation. ALL THINGS WORK FOR THE GOOD OF THOSE WHO LOVE GOD AND ARE THE CALL ACCORDING TO HIS PURPOSE!

Orthopedic Specialist Near Me

Put Your Severe Acne In The Rear-View-Mirror

Why Is Ethereum the Future of Money?