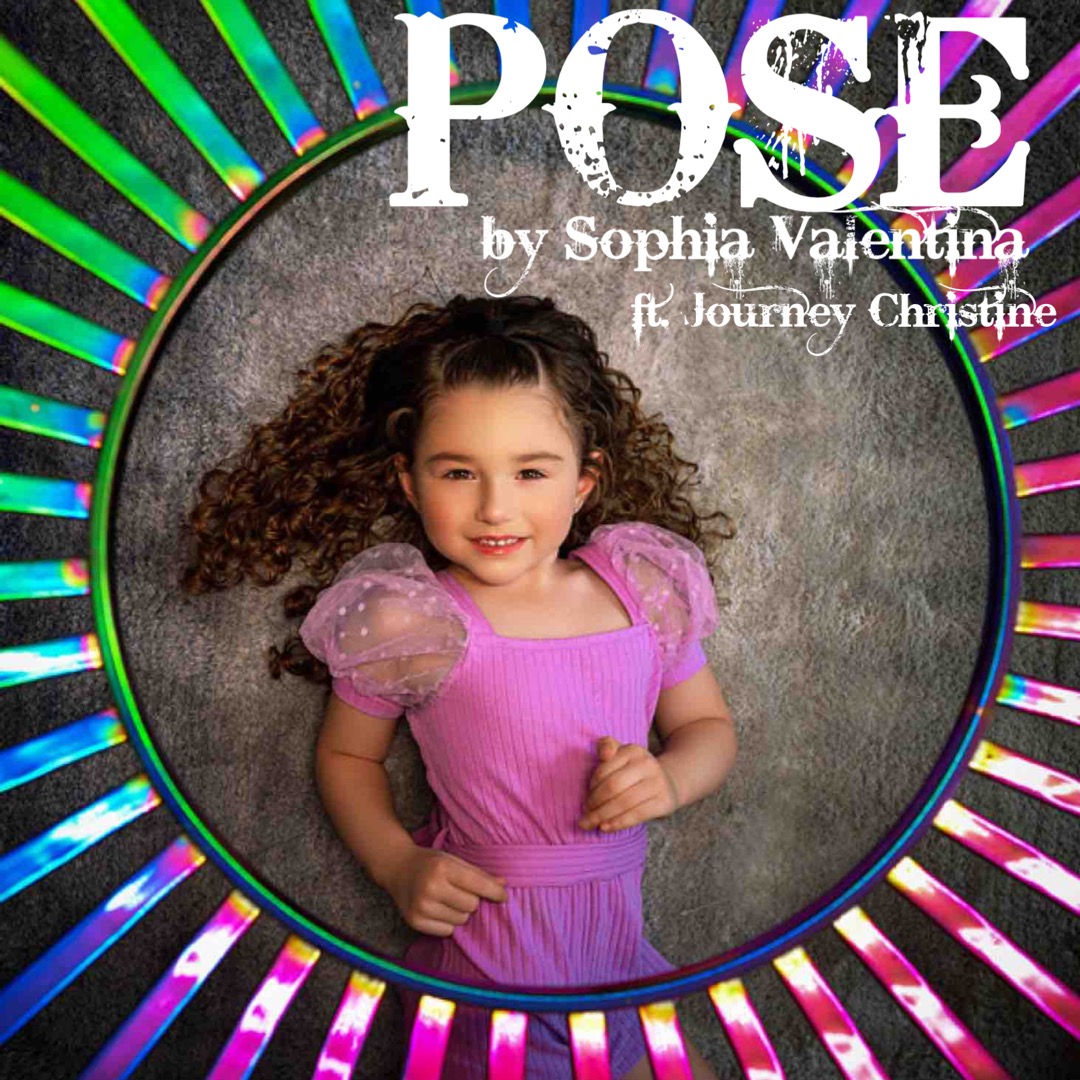 Meet Sophia Valentina, the four-year-old rising star in the entertainment industry. Sophia is a little girl doing big things! At only four years old, Sophia is releasing her first single, Pose featuring her friend, Journey Christine. Pose will be available on all platforms February 4th, and is nothing like you have ever heard before! It is a song written about Sophia and her lifestyle. Sophia is based in Texas and travels to Los Angeles frequently, making her dreams become realities. Every word in this song was inspired by Sophia and her life. Sophia will also be premiering her Pose music video on YouTube February 4th.

Her song was recorded in Los Angeles, California, and her music video was also filmed there. Sophia had so much fun recording her song in the studio, and really enjoyed filming her music video with friends!

Aside from recording music, Sophia loves to dance hiphop! She started dancing at the age of two. Dancing is something that inspired Sophia to start making music and music videos. It brings her personality to life, and she truly enjoys it! She is little and full of sass!

Sophia is also a social media influencer. Be sure to check out her socials listed below.

Another hobby Sophia enjoys is modeling. She has been modeling for about a year now. She loves to walk red carpets and pose for the photogs.

A few fun facts about Sophia would be that her favorite foods are sushi, edamame, and teriyaki salmon. Her favorite colors are pink, green, and gold. Her favorite shoes are Jordans.

Her hair is naturally curly! When Sophia walks into a room she exudes happiness, positivity, kindness, and confidence. She loves to go to events and make new friends. She is definitely a force with so much talent to share with the world.

Not only is she a little girl with big dreams, but a big heart as well. Sophia is passionate about feeding the homeless, and frequently gives the homeless food.

She is such a caring person. We can not wait for you to get to know Sophia! The Pose music video will be streaming on Sophia’s YouTube channel on February 4, 2022, at 3 pm central.

How to Protect Your iPhone From Overheating