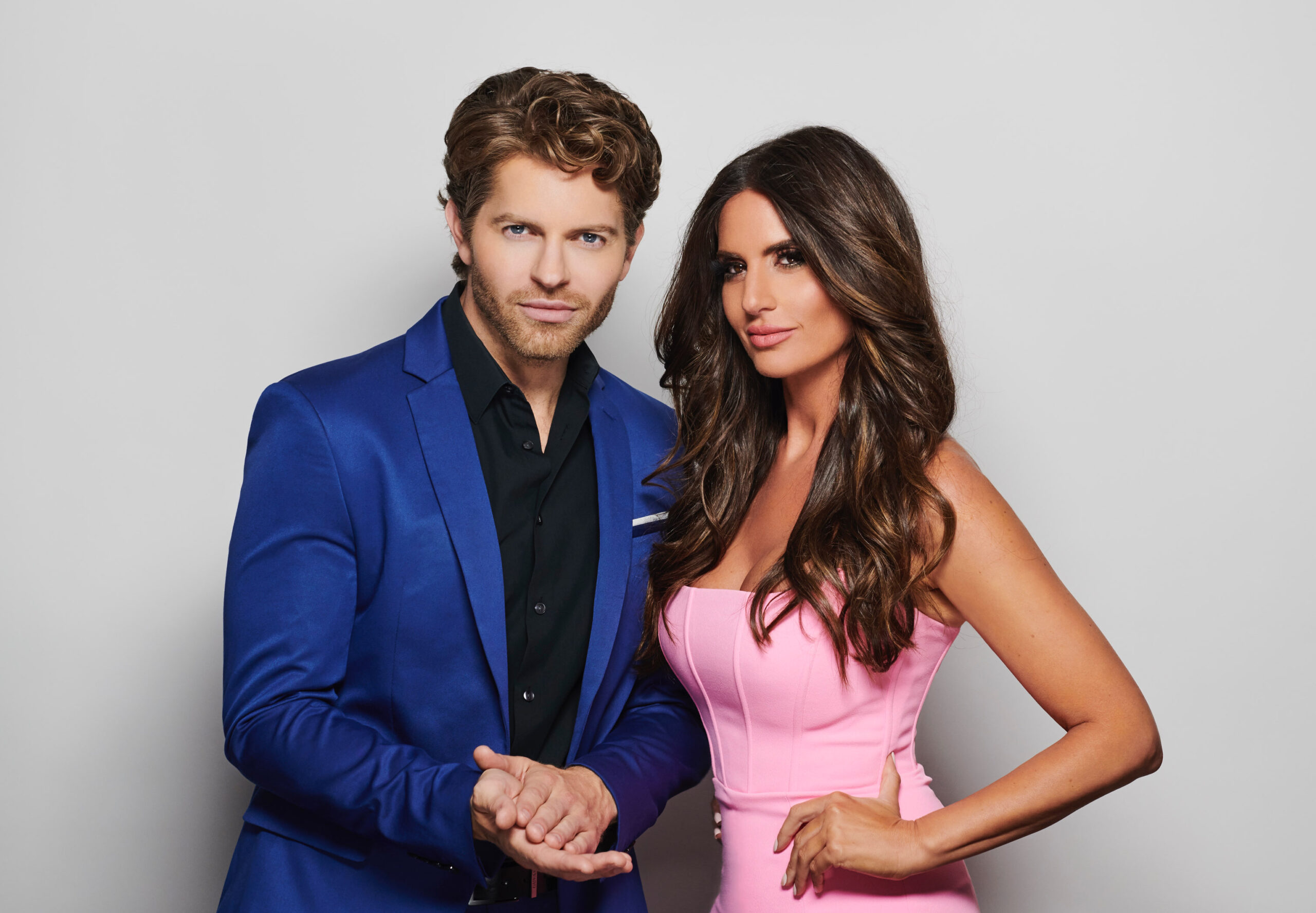 Sonia Isabelle was born in Brooklyn but grew up in Los Angeles. She began her career as a television reporter and eventual news anchor for local affiliates including ABC and NBC. Sonia was a 5-Time Emmy nominee as a news anchor as well as receiving 3 Associated Press Awards and presented a Folio Award by the Fair Media Council. While at the ABC affiliate in Connecticut she was voted the best local TV reporter by Connecticut Magazine, named top local TV personality by the New Haven Advocate, and was listed as one of the top 20 Noteworthy Women by the New Haven Business Times.  Sonia has left the world of news to host the daytime talk show The Juice on the national health and wellness network Z Living. Currently she hosts the nationally syndicated hit entertainment show Celebrity Page which brings viewers inside access to red carpets, celebrities, and pop culture. When not working in front of the camera, Sonia is producing ad campaigns and content through her production company LUSHPOP such companies as Tiffany & Co, Revlon, Estee Lauder, Tom Ford, Vogue, Ralph Lauren, Victoria’s Secret, Coach and many more.

HI! THANKS FOR TAKING THE TIME TO CHAT WITH US! CAN YOU TELL US A LITTLE BIT ABOUT YOURSELF, WHO IS SONIA ISABELLE IN YOUR OWN WORDS?
I’m a TV host and entrepreneur. I host Celebrity Page, a nationally syndicated entertainment show which focuses on the positive side of pop culture. I also co-own a production company, LUSHPOP Productions. We produce ad campaigns and content for beauty, fashion and lifestyle brands.

HOW HAS THE JOURNEY BEEN FROM AN ABC AND NBC NEWS ANCHOR TO NOW ENTERTAINMENT SHOW CELEBRITY PAGE?
Making the transition from being a TV news anchor to a lifestyle/entertainment host was such a positive change for me. I’m grateful to have had the experience of working in news for so many years. I’ve always said that once you work in news you can pretty much handle anything the TV industry throws at you. That said, I reached a point in news where so much of that industry didn’t resonate with who I am as a person. I came to the realization that the information I was sharing contradicted my initial desire to get into the business. I woke up to the fact that I wasn’t doing a public service, but instead was helping to spread fear. I was searching for something that would help me tap into my creative side, but also allow me to share higher vibrational content and information. I’m so thankful to be a part of an entertainment show that focuses on the positive side of pop culture. I’m able to interview celebrities and other influential people about their lives and passion projects, which always makes for an interesting and often light-hearted conversation.

WHY DID YOU PICK ENTERTAINMENT OVER OTHER ASPECTS OF NEWS?
For me it wasn’t specifically about delivering entertainment news as it was finding an outlet that would allow me to express my creativity, continue my passion for hosting and story-telling, and give me the freedom to build other projects and businesses. I was looking for a positive environment filled with supportive people and I was able to find that. The news business tends to create a very competitive environment which can often be toxic. It just wasn’t a fit for me. If I was to get back into news it would have to be for an outlet that shares truth and information truly intended to help people.

SOME PEOPLE FIND IT EASY TO BREAK-IN, WHILE OTHERS FIND IT MUCH MORE DIFFICULT. WHAT WAS YOUR OVERALL EXPERIENCE IN THE INDUSTRY?
I’ve found that when you’re following your higher calling or path, the road tends to reveal itself. It’s just a matter of being open to the signs, and following them. That said, the path revealed itself quite clearly for me early in my career. Along the way though I did feel like I had hit some roadblocks and that’s when I knew it was time to pivot. Since making some career changes, everything seems to flow more easily because I’m more in tune with what’s aligned with me.

WITH SO MANY FEATHERS ON YOUR HAT AND AWARDS LIKE “3 ASSOCIATED PRESS AWARDS” “FOLIO AWARD” ON YOUR NAME, WHAT IS THAT ONE THING THAT YOU STILL WANT TO ACHIEVE, OR YOU HAVEN’T YET ACHIEVED?
I’m someone who really loves to constantly evolve, learn and grow. I’d love to expand on the entrepreneurial aspect of my career… whether that means owning multiple companies or even launching a product line.

WHAT IGNITED THE SPARK IN YOU TO START LUSHPOP, AND HOW DO YOU GENERATE NEW IDEAS?
LUSHPOP is such a labor of love. I always say it sort of created itself, because I didn’t set out with the intention of starting a production company. The path just kind of revealed itself, and I followed it. That said, I started it with a friend of mine in 2012 and now we produce ad campaigns and content for global beauty, fashion and lifestyle brands such as Tiffany & Co, Estée Lauder, Revlon, Ralph Lauren and more. When it comes to generating ideas, so much of this work is more like play, so there are no limits. It’s also fun to collaborate with other creative directors and photographers. Merging ideas together usually leads to an even better outcome.

WHAT’S SOMETHING WE SHOULD KNOW ABOUT YOU THAT MIGHT SURPRISE US?
Even though my career is centered around TV, I don’t watch TV. I haven’t watched television in about 10 years. In fact, I haven’t watched one newscast since leaving the news business. I mainly get my information online. The type of higher frequency content that I’d be interested in watching just doesn’t really exist right now on television. I’d actually love to create it, as well as to help shift the current programming on mainstream media and network television. Years ago people would look at me like I was crazy when I would tell them that I don’t watch TV, but I think more people are catching on. I’d rather be creating and building and forming my own ideas instead of being influenced by lower frequency thoughts and narratives often found on TV.

YOU APPEAR TO BE WORKING QUITE HARD ALL DAY. HOW DO YOU MANAGE TO STAY IN SUCH GOOD SHAPE AMIDST ALL THIS?
Being able to stream my favorite workout has really helped me squeeze in fitness classes at home. I’ve been doing “The Class by Taryn Toomey”. It’s such a great workout, but also perfect for energetic cleansing and rebalancing. It’s like a spiritual bootcamp that feels more like a therapy session than a workout. I’m also really into health and wellness in general, so I set up a small gym at home where I can work in some weights, resistance bands, as well as a PEMF mat, infrared sauna blanket and red light therapy.

ANY UPCOMING PROJECTS/ROLES YOU CAN TALK ABOUT?
I’m working on a new opportunity that I think will be the perfect blend of my production work behind-the-scenes, and my on camera work. I’m excited to expand on both areas of my career, and to see where it leads. In terms of my production company, we’re currently working on several different projects, including a collaboration featuring a popular music artist/ influencer which I’m looking forward to sharing.

WHAT IS ONE MESSAGE THAT YOU WOULD LIKE TO GIVE TO YOUR FANS?
Be authentically you and don’t apologize for it. I recently produced a project and the interview subject said something so profound, yet so simple and true. He said, “If you find yourself, if you heal yourself, what is meant for you can find you.” And that’s exactly it. If you show up everyday as your true self, minus the pain and labels and limitations that you might be carrying around, then your dream job/life/existence will find you much faster.

Tae $Kii Is Set To Enchant His Audience With His New EP, ‘Relentless’ On October 31st

Entre Institute Reviews Are So Positive – Here’s Why!