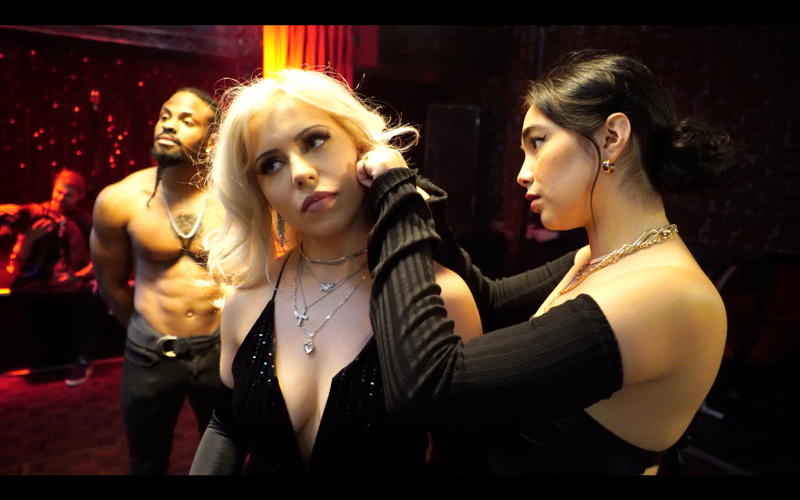 Simona is a Singer/Songwriter/Actor from Bulgaria and Germany who moved to Los Angeles in 2017 to pursue her artistic dreams.

Her father fled communist Bulgaria to provide a better life for his daughter and his wife. Simona then grew up in Germany, proud of her heritage, but decided to leave the country just like her parents in pursuit of her dreams hoping to repay them for their sacrifices.

Simona being fluent in four languages (English, German, Bulgarian, French) has helped her writing skills which is how she got the opportunity to co-write an independent feature film and landed a starring role in the movie, opposite Ray J, Denny Trejo and several social media influencers.

While promoting her film at a radio interview, she met DJ Nasty who introduced her to multi- platinum selling producer, Dakari. Dakari produced her first EP and follow up songs.

At the moment she is working on her feature film “Shyne” that she’ll star in and co-wrote.

HI, WELCOME TO ABOUT INSIDER. THANKS FOR TAKING THE TIME TO CHAT WITH US! CAN YOU TELL US A LITTLE BIT ABOUT YOURSELF, WHO IS SIMONA DIMOV IN YOUR OWN WORDS?
I’d say a confident, bubbly idealist covered in sass. I’ve always been a writer and love to capture it in any format, doesn’t matter if poetry, screenplays or songs.

HOW AND WHEN EXACTLY DID YOU REALIZE YOU HAD A PASSION FOR SINGING & ACTING?
I actually realized it before I could even read or write but unfortunately I didn’t grow up in a house hold that really nourished that. I used to always sing random made up songs and act at home by myself. Kylie Minogue’s “Can’t get you out of my head” was the first song I ever sang as a kid even though I didn’t know what it meant because I didn’t speak English back then.

YOU ARE KNOWN FOR ROLE IN SLASHER PARTY AND DON’T TRUST STRANGERS; HOW DO YOU FEEL WHEN YOU HEAR PEOPLE APPRECIATING YOUR WORK?
I always focus on my next project and sometimes forget what I have done already until people bring it up. As long as people are entertained I am glad to hear about it.

TELL ME ABOUT A TIME WHERE YOU HAD DIFFICULTY WITH A CHARACTER. WHAT WAS THE ROLE AND WHY WAS IT CHALLENGING?
I generally find it difficult to portray a character when I really don’t relate to what’s written in the script. Most likely I can still make it work but I won’t love the result.

DESCRIBE YOUR CREATIVE PROCESS?
No matter what I work on, I need to make a playlist for the mood of the project and create a visual collection for myself.

WHO ARE YOUR BIGGEST INFLUENCES?
No matter who I am about to mention, I will forget too many, the list is long. Musically Madonna, Britney, Gwen Stefani, Kylie Minogue, Rick James, Lana Del Rey, Blondie, Donald Glover, Michael Jackson. In the movie world: Charlieze Theron, Christian Bale, Marylin Monroe, Scarlet Johansson.

WHAT’S SOMETHING WE SHOULD KNOW ABOUT YOU THAT MIGHT SURPRISE US?
I know how to shoot and handle guns really well.

ANY UPCOMING PROJECTS/ROLES YOU CAN TALK ABOUT?
I am currently working on a new single, and EP and my feature film “Shyne”.

WHAT IS ONE MESSAGE THAT YOU WOULD LIKE TO GIVE TO YOUR FANS?
If you can be the best you, don’t be a cheap copy.

Investing in your community with Favel Transportation

Catching up with DJ BP