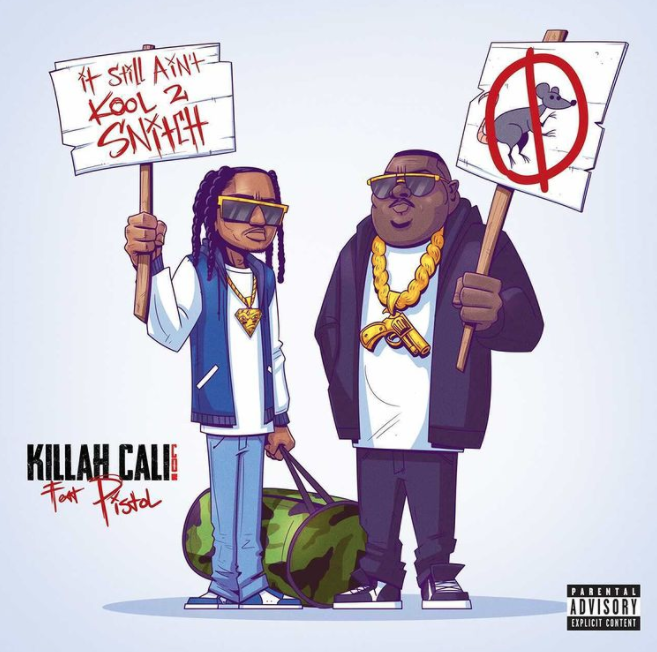 A Nashville local artist named Killah Calico recently released a song titled ’It still ain’t kool 2 snitch’ featuring Pistol. The song goes around the message about snitching and how it’s not good or cool in this era too. To promote his song, artists put a few signboards in North Nashville giving the song message but it only drew negative attention. Apparently, the Nashville neighborhood is getting the entirely wrong message from those signs, especially some parents. Before talking about the whole scenario let us tell you about this great personality and singer as well.

Killah Calico’s original name Jeremy London is a well-known American rapper, songwriter as well as an actor. In the past, he was a part of a famous local rap group named Bezzeled Group which gained a lot of attention by launching a masterpiece titled ‘Music City Miracle’. Today the entire gang carries their career solo. Killah Calico is getting more fame than anyone from his group due to his songs, especially for his music video series.

Somehow the signs have upset some people, especially grieving parents. Let’s see what their thoughts are.

Mattadeen The Ire Nash Jamaican Cuisine Owner About This

Mattadeen, the owner of Ire Nash Jamaican cuisine says that some days it is all of his customers talk about. The signboards are not big but it has gained attention from all around. Mattadeen says that the community there is still working on such issues but has not entirely overcome them. Still, the people of now are more active in taking steps for establishing justice from the people of five years ago. He added:

“It could be your family. When something happens to yours, you want the law to be on your side, you’re calling everyone to find out. When it happens to someone else, you keep to yourself? Everybody is trying to protect themselves. It’s 2021. There’s no time to protect anything.”

Moreover, he shared that the reason behind his moving to this area is because he was seeing more and more people coming to this city. “They’re trying to make the neighborhood what it used to be, but there’s a change going on right now,”

Clemmie wants to talk to the artists directly. Let’s see what happens next. Stay tuned for daily updates.

Thoughts Behind The “It Ain’t Kool To Snitch” campaign

The “It Ain’t Kool to Snitch ” campaign that recently has gained attention within the media, is not intended in any way to interfere with justice being brought and served to those within the Nashville community. The actual narrative being artistically expressed by the recording artist Killah Cali, is one of accountability. In no way is the recording artist suggesting or promoting any lifestyle of criminal activity. Instead the noted song expresses the reality of consequences to be expected from making the wrong choices in life. Of which when an individual who has chosen a lifestyle outside the confines of the law, that person should not be allotted a way out of his/her own consequences from the choices that they have made.

Our condolences to the mother featured in the story on News Channel 5 along with any and all other families that have fallen victim to gun violence.

How do you identify and gain the attention of the right kind of influential people who can help you succeed? By Gary C. Laney