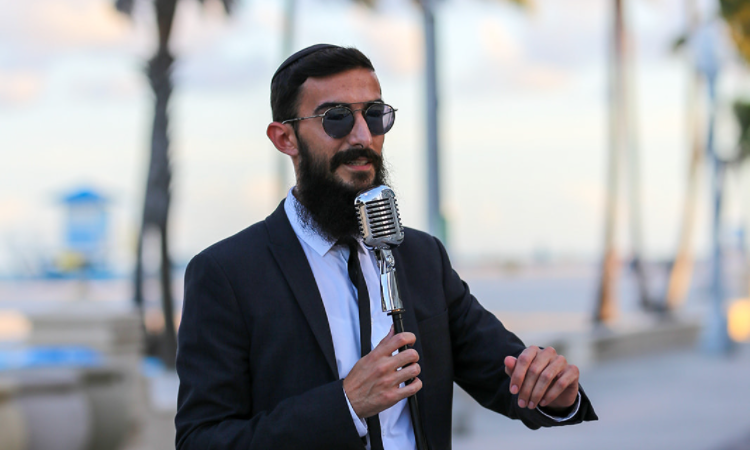 The young talented singer, Chazan and songwriter Shneor Orel (24) released his latest cover song Lehinase Halaila on the 10th of March. In this post, I’ll introduce to you the French Jewish pop artist who is working on his debut album after the huge success of his first songs.

Shneor grew up in a musical world. Hailing from a Chabad and Sephardic family, Shneor Orel is familiar with all genres of Jewish music (Pop, Mizrachi, Chasidic etc.) By the age of 21 he released his first song Pashut Anashim (originally by Avraham Fried), afterwards he released 3 more songs on YouTube and Spotify, all of them had a very big success in the Jewish Music industry.

Since he started performing live, Shneor Orel has managed to leave an impression on everyone because he elevates every performance and brings a show to a whole new level. Additionally, he succeeded in capturing the interest of listeners worldwide and gaining their loyalty for the way his songs induce a broad range of emotions.

While entertaining Wedding celebrations, Corporate events and Bar Mitzvah’s, Shneor is working on his debut album which will include 10 to 12 brand new songs, some of them are composed by himself.
This album will include a variety of music genres with a fresh touch and some emotional songs.
The project started a few months ago and will be ready probably in the next 6 months.

Just like any music artist, Shneor Orel also dreams of touring the world and performing in front of a large audience. In the next few years, he hopes to be able to put out a couple of albums that will best exemplify his deep love for music and the very culture he so dearly loves. By imparting positivity through music, he hopes to inspire people to dream big and chase after their dreams despite the challenges.

Regarding Shneor Orel’s music career I see so much potential. And I can’t wait to see what the future holds for him. We will wait and see until then let’s stream his music and follow him in his social media accounts (who already have thousands of followers) to stay tuned.

Should You Get Solar Panels at Home? What Are the Benefits?

“Shot For Ya” Shows Alex Sedlak Is Ready To Take Over

Technology leadership is no less than an uphill battle, Are you ready for it?