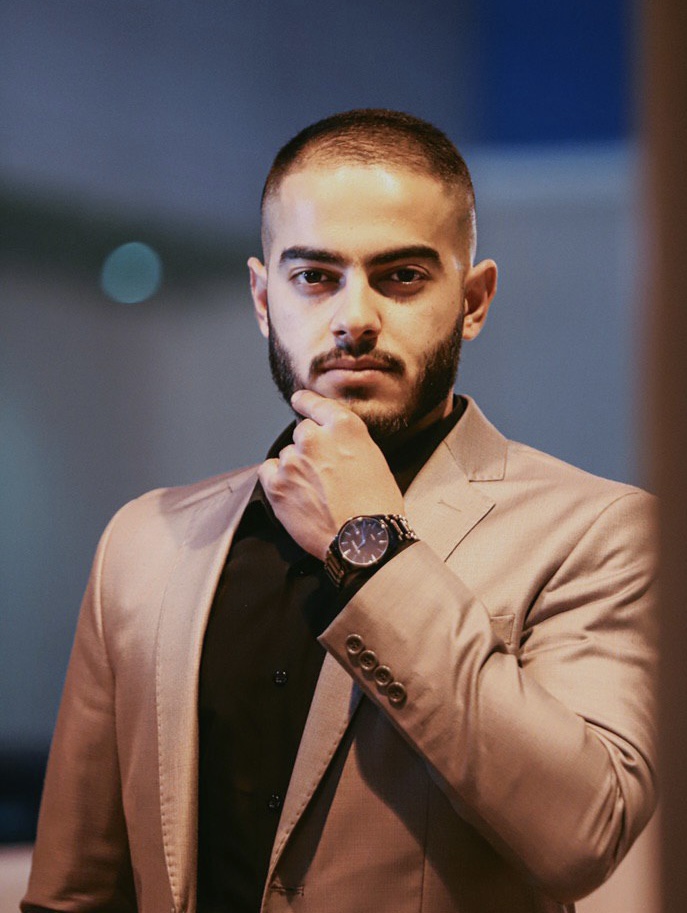 Shimal Atroshi: From Construction Worker to Artist, Engineer, and Philanthropist

To put more cherries on top of the cake, Shimal Atroshi is also an energy engineer who owns multiple companies namely Newsazz and Smart Angle.

Newsazz is a construction and engineering company, while Smart Angle deals with smart home systems and solar energy. But it doesn’t stop there. His philanthropic work ranges from giving more opportunities to poor people and donating all of his art proceeds to charity.

“I remember working as a construction worker, tailor, translator, administrative officer, and camp boss to help my family financially. I juggled different jobs to make ends meet before becoming an engineer,” Shimal revealed.

Fortunately, Shimal Atroshi beat the odds by getting the highest grades in his class. He was then able to study engineering in one of the most prestigious universities in his country.

While studying engineering and despite struggling himself, Shimal Atroshi always gave back to the community whenever he had a chance.

Despite the success he enjoys now, Shimal Atroshi does not fail to look back where he came from.

“I intensely struggled. It was never easy, but I pushed through. So, to everyone feeling hopeless, I say this: It’s never too late. Work and develop yourself,” Shimal stated.

“Don’t ever let the excuses keep you away from your goals. Have faith, keep going, and don’t ever give up on your dreams,” he continued.

If there’s one thing worth remembering from Shimal Atroshi’s story, it’s this: Don’t ever give up even when life throws a lot of challenges at you. Just keep going.