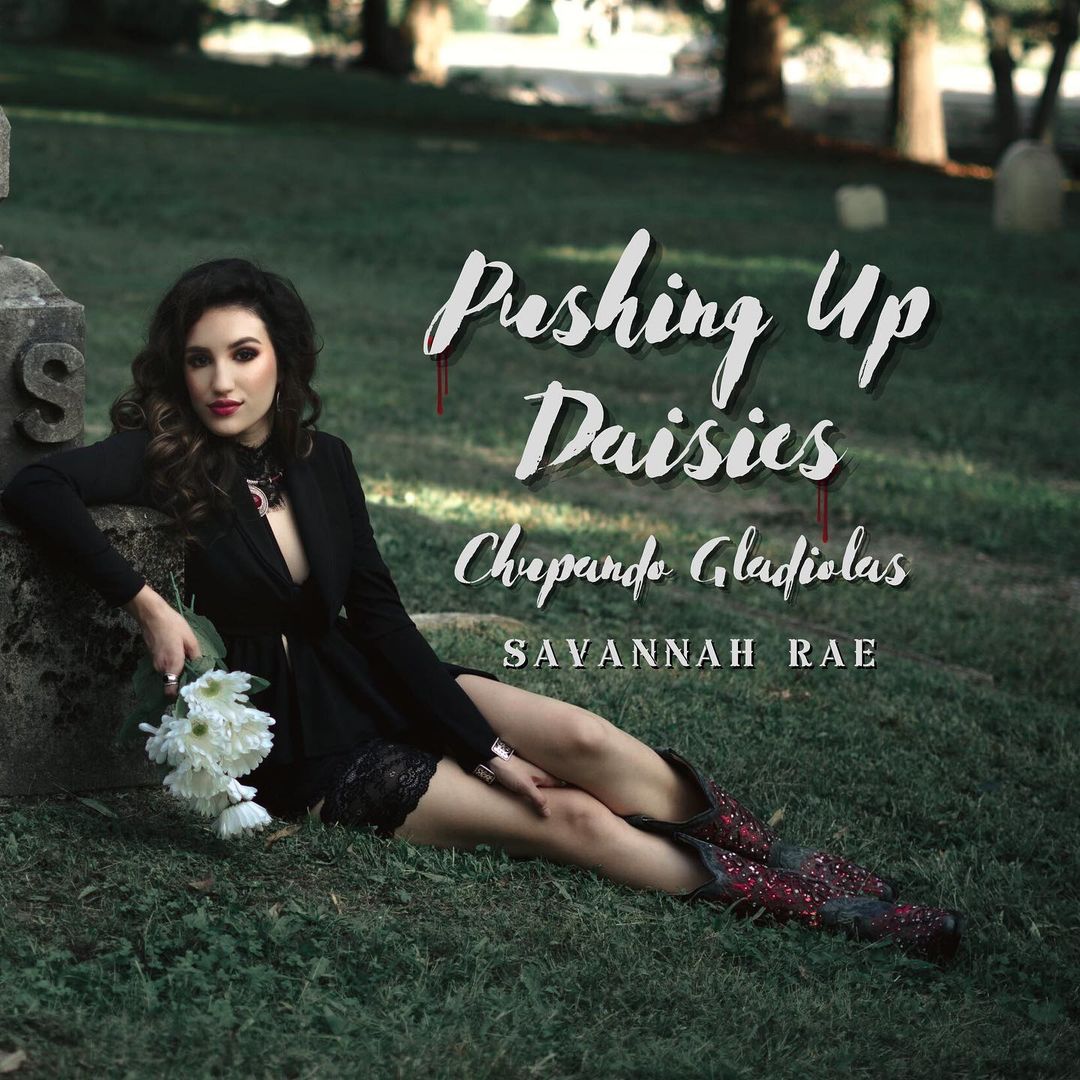 Savannah Rae has not only fused genres of music, but fused language in her most recent creation, Pushing Up Daisies!

Challenged to bring Tejano and Country music into one work, Savannah pulled from her experience and her American and Mexican heritages with this one of a kind single. Her recent singles have brought her over a combined 1 million views and streams and Pushing Up Daisies will be the song that brings her national and international attention. Creating a song in which she features her English and her Spanish vocals was enough to appeal to a broad fan base, but she stamped her sound and her brand with a production that burrows in the ear and plays over and over long after the last note.

Singer/songwriter Savannah Rae is more than just your typical Texas Girl breaking onto the music scene. This native Texan is diverse in her talents and supports all genres, but has a great love for all things country and progressive. She has been performing across the nation, from intimate venues to main stages including recent performances on the NAMM (Gibson Stage), American Music Awards, The Voice and Roland Studio Sessions. She has continued touring this fall with performances at the New Mexico State Fair and throughout Texas and Tennessee in support of her recent single releases and looks forward to adding Pushing Up Daises to the set.

2021 has been a whirlwind of a year for Savannah and she is closing out strong with her latest release, Pushing Up Daisies! Building on the success of her recent release Typical Texas Girl (Co-written by Pam Tillis), which has topped Downda Road Radio’s chart (August 29, 2021 – September 25, 2021) and received radio air play, Pushing Up Daisies continues her upward trajectory and is poised to push her from typical Texas country star to National/International superstar!

Follow Savannah @thesavannahrae for up-to-date on the music video release in the coming weeks and for announcements of new music releases and concert performances.