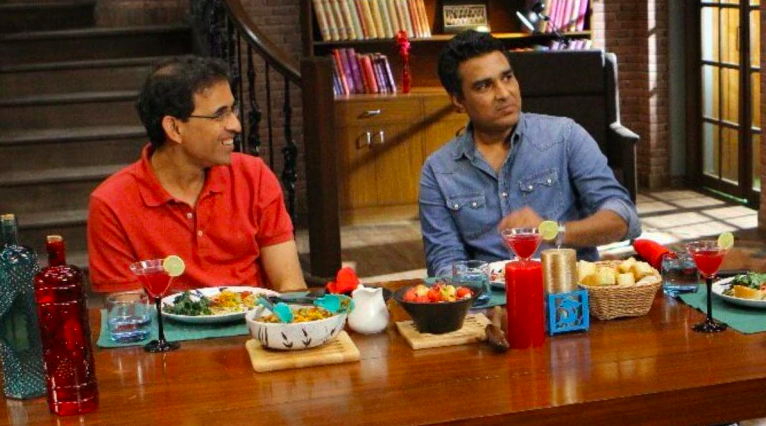 It’s not team India’s performance that caught maximum attention during their first-ever pink ball Day/Night Test at Eden Gardens against Bangladesh, instead it was an ugly on-air conversation that is trending on social media.

During the match, former cricketer and current commentator Sanjay Manjrekar allegedly got into an awkward on-air spat with Harsha Bhogle, who was his fellow commentator. Manjrekar remarked when Bhogle insisted on studying cricketers’ perspectives regarding the visibility of the pink ball.

Bhogle referred to several incidents, which took place during the course of the match wherein Bangladesh batsmen were allegedly seen taking hard hits onto their helmets. The commentator just suggested Manjrekar for a fair “post-mortem” after the match in order to study whether the players were facing any such difficulty in sighting the pink ball.

Bhogle said, “Well there is a post-mortem done on this game and there should be a post mortem on this game. Visibility of that ball will be a big factor against the big white sight-screen.”

On which Manjrekar responded, “Don’t think so. Because when you see the slip catchers the way they have taken catches, I don’t think visibility is an issue at all. The texture of the ball is the issue.”

Bhogle was however, unwavered about learning the player’s POV, who were out there playing in the middle and actually dealing with the pink ball.

To which Bhogle simply responded and said, “Having played cricket should never be a limitation or a ceiling to learning.”

What’s cooking inside BCCI and IOA?