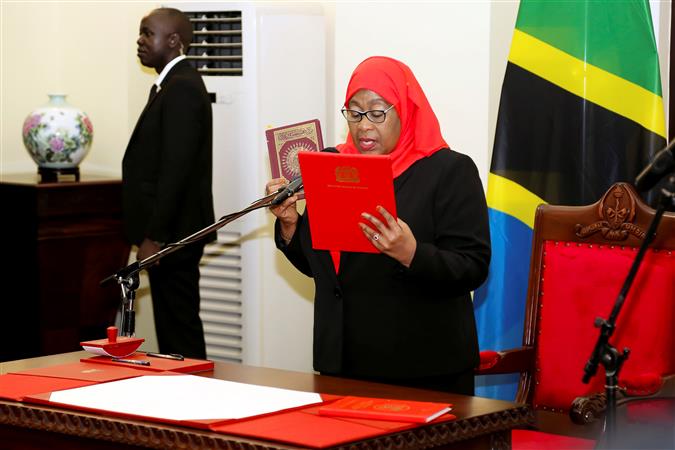 Samia Suluhu Hassan made history on Friday when she was sworn in as Tanzania’s first female president after the sudden demise of John Magufuli.

Suluhu Hassan began her political career in 2000 after being elected as a special seat member of the Zanzibar House of Representatives and appointed a minister. The 61-year-old Samia Suluhu Hassan is affectionately known as Mama Samia. Wearing a hijab and holding up a Quran, she took the oath of office, administered by Chief Justice Ibrahim Jumavowing, in which she swore to uphold the East African country’s constitution.

Hassan said: “This is a time to bury our differences and be one as a nation. This is not a time for finger-pointing, but it is a time to hold hands and move forward together.”