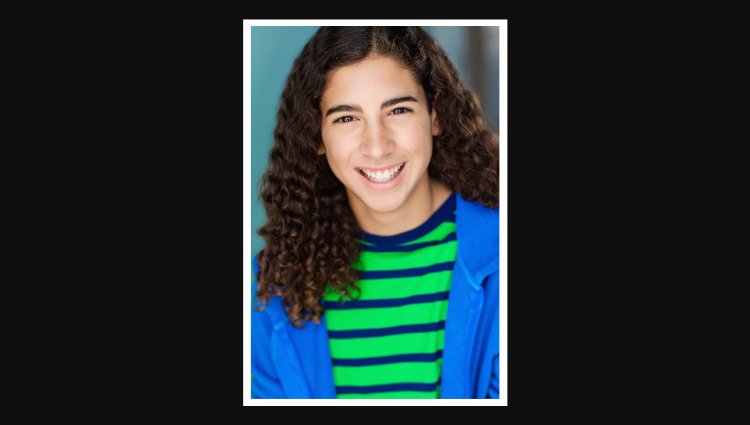 Javier Collazo Lopez is an American actor known for The Son. He knew from a young age that he wanted to be an actor. He’s been in musical theater productions since the fourth grade but really fell in love with acting when he was cast for a dramatic play. After that performance, he knew he wanted to pursue his acting. Most recently, he was cast in an independent film which will release in June 2021.Javier has a passion for sea life and loves the ocean. In his free time he likes to swim, kayak, paddle board and even plays soccer. He loves animals and enjoys playing video games.

HI JAVIER! THANKS FOR TAKING THE TIME TO CHAT WITH US! CAN YOU TELL US A LITTLE BIT ABOUT YOURSELF, WHO IS JAVIER COLLAZO LOPEZ IN YOUR OWN WORDS?
Hi!  Thanks for having me and I’m excited to be here. I’m 15 years old and I live in Orlando FL. I consider myself to be an adventurous kid – a curious one that looks for something fun. I like to make people laugh and just be friends with everybody and entertain them. But I also like to sing although I’m not much of a dancer. Like many 15-year olds, I like my video games! I’m also a Disney and Friends fanatic. Don’t ask me too much about school because it’s not a favorite topic of mine.

HOW DID YOU START AND HOW WAS YOUR FIRST EXPERIENCE IN THE INDUSTRY?
I started out in a school production playing a hyena in Lion King Jr in 4th grade. I loved everything about the stage and the reactions of the audience. In early 2020, I was cast in a dramatic play which sparked my interest in acting outside of the theater and behind the camera and it’s been great since! I got my first job in October to be an extra on a show called David Makes Man. It was so much fun and it really opened my eyes to the film world. Even if it’s just a short two-minute scene, it takes hours upon hours to film but it was worth it. I’ve booked several projects since and I can’t wait to do more.

WHAT HAS BEEN INSPIRING YOU?
A lot of my friends have been inspiring to me when it comes to being hungry to work. They’ve booked so many roles that it made me want to do the film side of the industry. Don’t get me wrong, I still love theater and will be involved in that aspect as well. My mom has also been inspiring to me because she’s always been my number one supporter even if I doubt myself.

HOW IMPORTANT IS DEVELOPING A PERSONAL STYLE WHEN IT COMES TO ACTING?
It’s very important in terms of what kinds of roles you want to be known for and are comfortable with. Some prefer the bully types, some people like the nice types. It’s all about your preference and what you think you do best with.

WHAT TYPE OF ROLE DO YOU SEE YOURSELF PLAYING IN THE FUTURE?
There are a lot of roles out there and there are all sorts of types of roles too. I mostly love to play either the friendly guy from school or the mean bully from school. I enjoy playing the tough guy characters even though my real personality is the good friend.  It’s quite interesting to be able to play both sides.

DO YOU PREFER TO BE AN ACTOR OR A SINGER IN THE FUTURE?
I prefer to be an actor but I do love to sing because I’ve been told by many people that I have an amazing voice. I could see myself going either or both ways.

WHAT’S NEXT FOR YOU?
I want to be on a show or movie that’s on either Netflix, Hulu, Disney+, HBO Max, or any big streaming service. I’ve applied for roles that said it was a Netflix original and I’ve heard nothing back from them. Hopefully in maybe 1-2 years’ time, I’ll be there. It’s definitely a marathon, not a sprint to achieve my goals. Like many actors out there, I would love to be in a featured film!

ANYTHING ELSE YOU WOULD LIKE TO SHARE WITH YOUR FANS AND OUR READERS?
One thing I haven’t mentioned about myself yet is that I’m a counter tenor. There are some songs that I have tried and are a little too high for me but there are so many songs that I can sing so well with the help from my voice/singing coach.