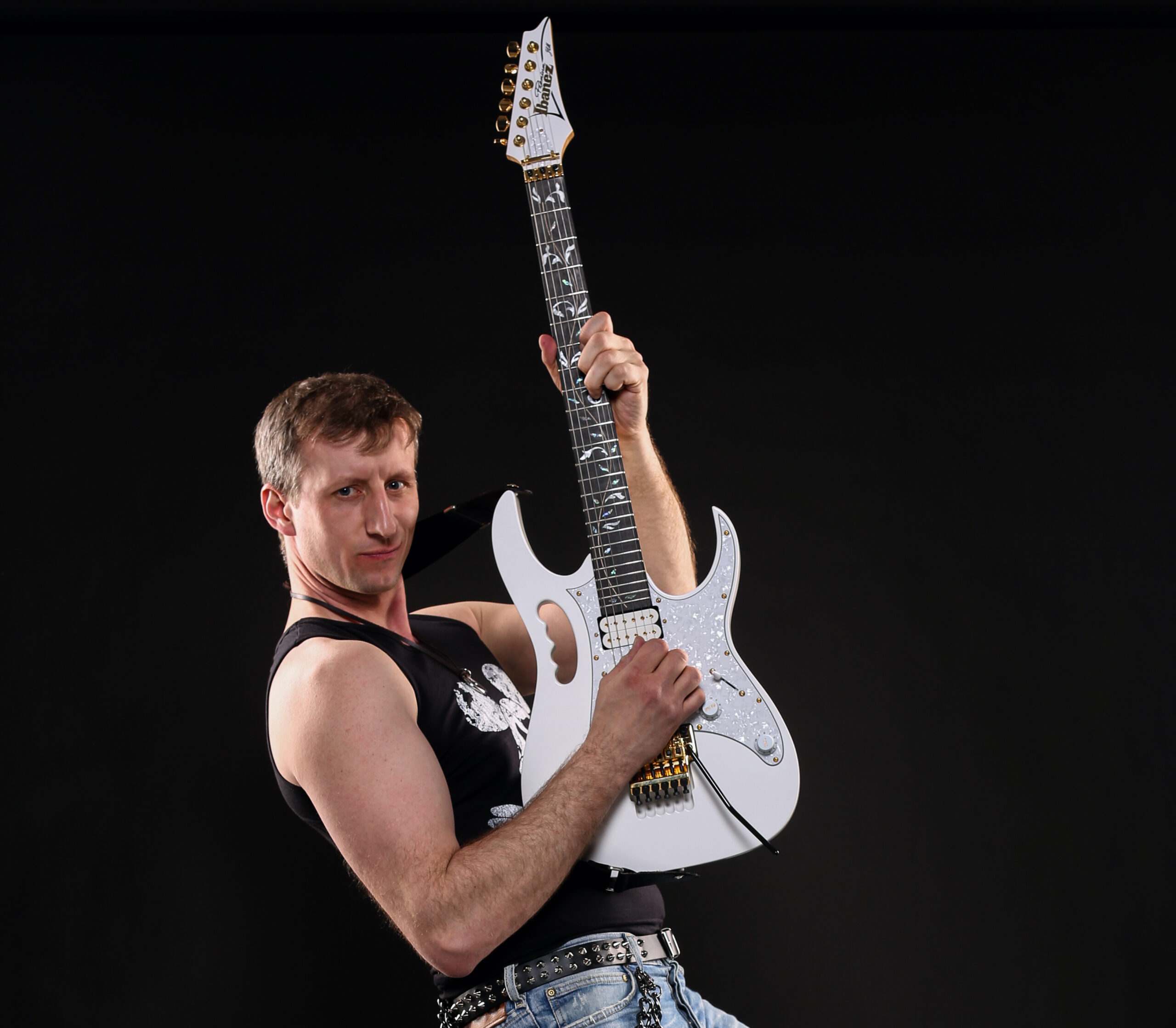 Richard Jellinek, an artist, composer, and guitarist from Poland, has been producing song after song this year. He went on ahiatus for almost ten years from music to pursue other opportunities, but he always felt that creating music that inspires others was his true calling. He has declared at multiple occasions that he is a part-time musician as he calls himself a guitar virtuoso. His tracks have the vibe of classic 80s rock with a dash of contemporary. These perfect amalgamations of vintage and modern have the hearts of his fans. His music has many unique traits which set his production apart from other musicians of this era. Above that, he uses his songs as a source to express genuine emotions and feelings, providing a way for listeners to connect with them on a spiritual level. It is really important for any songwriter to jot down all the important details that make a listener be able to relate with the songs and Jellinek sure knows how to do that. He makes sure that every song of his hits the listener right on the soft spot. His goal is to make a difference in the lives of his fans and inspire them to live a better life.

People that listen to this Polish artist’s know that Richard Jellinek is known for giving a special theme to all his songs which is very different from the last one. For instance, his last song “Tyson Fury Gypsy King” was all about a celebrity boxer and the struggles he had to go through to reach to the top. The message behind the song was to remind everyone that if Tyson Fury can overcome the toughest times of his life, so can ordinary people like us. Isn’t that beautiful? His other songs also carry important messages that teach a thing or two about life but in a very unique and extraordinary fashion. Jellinek understands the how much influence a song can hold and his goal is to make each and every song of his count. To do so, he embeds a strong message behind every song he has ever written. One cannot find a single song in his collection that does not have a powerful meaning backing it.

Recently, Richard Jellinek has launched a song to his list of spectacular and remarkable songs. The theme of this song is all about love as the song is called “For Your Love”. This song has raised the bars for today’s rock ballads with its catchy tune. The first 28 seconds of the song are completely lyric-free but he has managed to pull the music off in such a way that the listener gets a hint of how powerful the message of the song is going to be. It is the perfect blend of sweet but influential. The track could be used to dedicate to a significant other as it has that kind of energy that can make a person show how much they mean to someone. It helps to put emotions and feelings into words in the most heart touching way possible. For a change, Richard Jellinek very intelligently put together a very futuristic theme for the music video of this song. With its classic love song lyrics and a tech filled visuals, “For Your Love” is hands down the song of this decade. The binary numbers in the air and the neon lights of all the holograms and technology reminds of the movie “The Matrix” so incase, you are fan of that one, and this music video will definitely catch your eye. Over all, Jellinek has done it all with this video. It has sweet lyrics, powerful music and an awesome MV. What else do you want in a song?

It may seem like that must it but this music producer from Poland had no plans to stop from making it one of the greatest songs of all time. Yes, that’s right there is more. The song has two versions; the original version and the radio edit. The best part of that is the original version is a whopping 6 minutes long which is terrific because it is hard not to hit the repeat button on that song once you listen to it. It only makes sense that the song goes on for that long. To be frank, the concept behind this song is so profound that it’s nearly difficult to speak everything you need to say within the confines of a song so it is only fitting that the song goes on for 6 minutes. It is so that you can pour your heart to your partner with this song. It can be easily said that when your words fail, Richard has got your back because he makes his music

especially for the people that listen to his songs. We cannot rave enough about the music video. All things aside, the music video and the cinematography is what sets this song apart from any other out there. One would not expect this type of music video to go well with such a song but Richard has managed to pull it off in a way, it is hard to imagine it in any other way.

For Your Love was released to the public on August 20, 2021. Aside from having a wonderful tune, it can express your feelings to your significant other when your own words fail to do so. We can’t get enough of its music video. It’s absolutely amazing! Songwriters like Richard Jellinek understand the power of words and how to use them to communicate their emotions and true sentiments via their music. With meaningful lyrics, a catchy tune, and a jaw-dropping music video, he has given the world this one.

You may listen to all of Richard’s tracks, including “For Your Love,” on his YouTube account. They paint a clear image of the sort of music that this talented artist has been making.