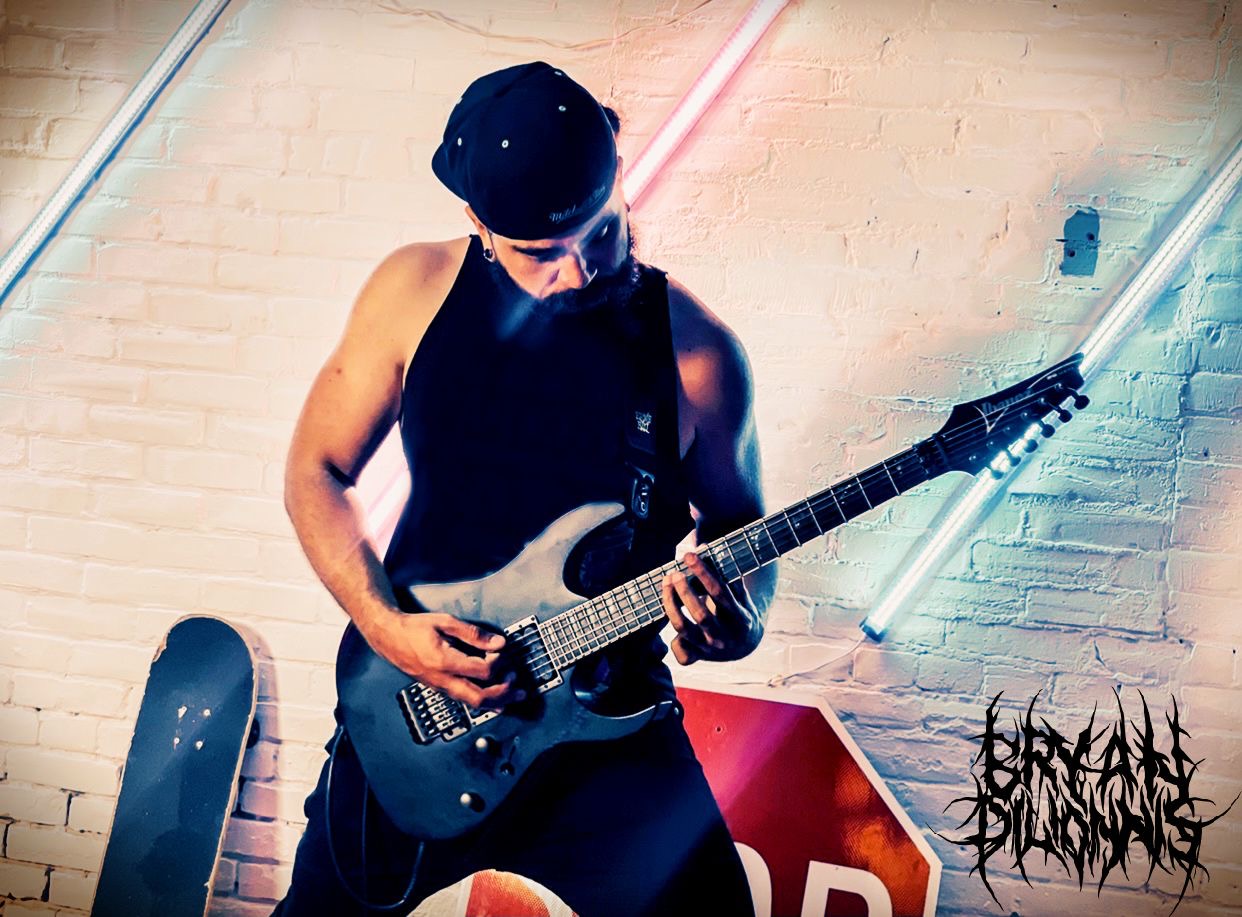 Delivering the pressure to mainstream metal bands is Puerto Rican native, Philadelphia transplant, Bryan Dilionnis. His latest release “Violent Horror System II Double Violence” features an array of face melting tunes that keep listeners on the edge of their seats and competing rivals on the tip of their toes.

We caught up with the famous secret society composer and asked him about his creative process and what he thinks current metal acts are lacking from a composer and producer’s perspective. Without skipping a beat, “They’re lacking originality, lacking character. Most of what it’s being pumped out is a copy of a copy and a watered down version of someone else’s original work, like so many bands are doing to my writing style and songs too. They’re not being “influenced” anymore, they are blatantly copying others.”

Which brought us to our next talking point with Dilionnis. We asked Bryan why we don’t see him collaborating with more artists. “Music is a competition no matter how you want to see it. I see music no different as I see sports; you train hard to be the best and when it’s time to perform, it’s time to deliver and let everyone know who’s boss. I didn’t come here to make friends. If anything, I’ve lost friends for being too focused and dedicated to the craft. Many just want to get drunk or high and party; they let that rockstar life go to their head but I’m a business man. Of course I like to have a good time but it can’t interfere with what needs to get done.”

He continued “I am a very disciplined man. People like to say that having talent equals making it easy, but talent without discipline doesn’t get you far.”

And while on the topic of discipline and talent, we asked Dilionnis what are some of his pet peeves as a composer that works with so many artists and bands from all genres. “To me there’s nothing that screams mediocrity more than releasing an EP when you’re an already established band and even more so when it’s not your first production. You’re lacking ideas. This puts the band in a position of needing a Ghost Writer but I’ve seen so many egos get in the way and it only hurts the band and their success.”

Elusive to the masses and available to a selected few, Bryan Dilionnis is very selective with the projects he works with. While trying to get an approximate number, we found a significant amount of clients that have been turned down by the composer. When asked about this, Dilionnis replied “We don’t have the same work ethic. When my clients call me they’re looking for someone to see the project from an outside perspective, someone that knows the catalog and can recreate the essence that made them big in the first place and bring that back but elevated.” He continued “Fans can hear it. When artists or bands don’t take my advice, fans notice that the music feels like an afterthought – it falls flat and doesn’t deliver on their expectations. Many bands get angry or offended when I tell them what needs to change and they continue to deteriorate musically, and then there are others that are great taking the advice and want to do whatever it takes to revive the spark.”

Finally, we asked Bryan why he’s usually a one man production when it comes to his work at the studio compared to other composers and producers in the industry to which he told us “Honestly, it mostly has to do with the pace I work in. For example, I work with alot of Reggaeton artists and their biggest praise is that I deliver and at the speed in which I do. They are so used to having other producers take forever on their music, or even worse many don’t deliver at all; so me delivering in such a timely manner they’re always beyond excited on not just the delivery turnaround but also the quality of the production. That’s something I couldn’t achieve if I had a bigger team working on these projects.”

The full live experience of “Violent Horror System II Double Violence” has been delayed due to Covid-19 restrictions and production delays throughout. The world tour has been postponed until the team can guarantee a top quality and safe experience for the fans. In the meantime, you can stay up to date with Bryan Dilionnis and his music through Spotify, Youtube, and his Instagram @BryanDilionnis

Personal Loan Tactics That Can Help Your Business Grow

Pamela Jackson Releases Her Newest Christian Music Single “We Are…