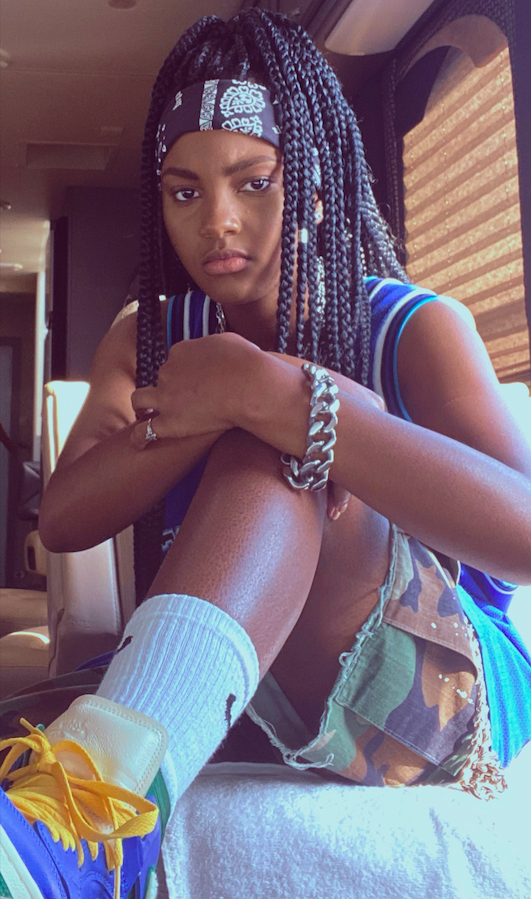 Rapper Kidd Lee Is On The Come-Up

Leandrea Carroll, also known as Kidd Lee, is an independent rap artist from Wilmington, North Carolina, but grew up in Leland, North Carolina. She is on the come-up, and she is releasing new fire back to back. Kidd Lee is 18 years old and is a self-taught artist. She writes and mixes, and masters all her creations. Growing up, Kidd Lee was extremely musically inclined and grew up in a musically inclined family. Kidd Lee writes a lot of deep passionate hits and has over 14,000 followers on Instagram at the moment. She is known on Instagram for her 1-2 minute freestyles and remixes of other known songs, and the people love it.

This artist was recently trending on the app Triller for winning a rap competition called the step up to the mic Competition. This was a competition where Triller and boost mobile teamed up to find a new rap artist to make a hit song with the rapper Quavo. This competition had over 3 million people that entered, and Kidd Lee stuck out as the winner. The grand prize for the winner was a song and music video with Quavo and a Record and management deal.

Kidd Lee is truly one in a million, and she had the unique flow out of the bunch. Kidd Lee currently has two music videos out right now. One that sits at almost 3,000 views and one that sits at 143,000 views. She says that she will be releasing many more soon. One of her music videos talks about where she resigns, and she calls that song “910 Baby”. The video is of her exploring her hometown and showing around the Downtown Wilmington area. This song talks about how one day, she wants to inspire many. The song also talks about how many people said hurtful things to her and told her she would crash, but as we can see, she is still going strong.

Native Nigerian Artist Missing-Nin Released His Latest Single, “Tell Me,” A Part Of A Series Of Tracks

Stingosaurus: Rising Artist to Watch in 2022

How to organize jewelry in your dresser drawer