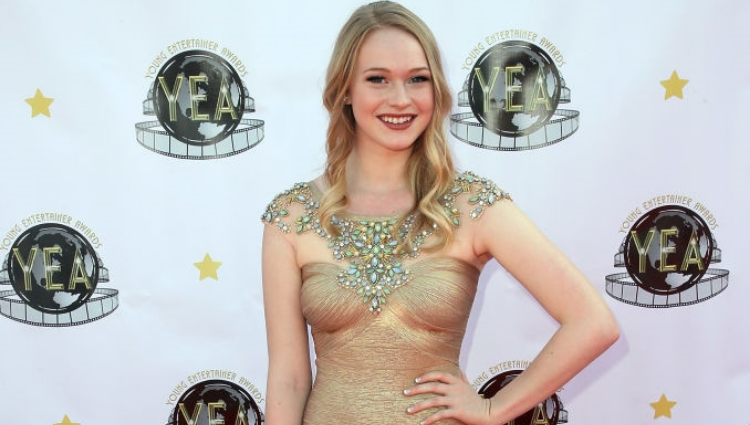 HEY GUYS! THANKS FOR TAKING THE TIME TO CHAT WITH US! CAN YOU TELL US A LITTLE ABOUT YOURSELF? WHO IS RACHELLE HENRY?
My name is Rachelle Henry. I’m an actor, director, producer, writer, and host. I’ve been in the film industry for almost 10 years and have gotten to do some amazing things. Aside from my career, I love spending time with my loved ones, riding horses, writing, photography, cooking, going to theme parks (pre-COVID) and exploring new places. I grew up in Seattle & have primarily been in LA for the last few years though I do still go back to the PNW to see family and to film.

HOW DID YOU START AND HOW WAS YOUR FIRST EXPERIENCE IN THE INDUSTRY?
At the time I started acting at age 6, I was already doing dance, gymnastic and school play performances. From there I started training in acting, working on a few small things but I think things really started taking off more when I was 10. I was cast as Oliver in the musical Oliver! with Twelfth Night Productions. This was closely followed by a music video called The Day, where I played the lead actress, and then my first experience in a feature film called “All I Want is Christmas” (originally titled “Ira Finklestein’s Christmas”) which starred Elliott Gould, David DeLuise, Cynthia Geary and Elijah Nelson.

HOW MANY FILMS HAVE YOU DONE SO FAR?
I’ve been in over 70 films so far that are listed with IMDb, as well as others that are not listed. I’ve gotten to be on some wonderful features, shorts, TV shows, webseries, commercials, etc. There are a few projects that I’ve done that I’d love to see the footage from and a few scripts I’ve read that didn’t make it to the filming stage.

WHICH HAS BEEN YOUR FAVORITE CHARACTER THAT YOU HAVE PERFORMED?
Each role I’ve played has their own special qualities and unique personalities. One of my favorites is Sarah Newton in the short film “Losing It.” That film is very eerie, reminiscent of David Lynch style film about a prom date gone horribly wrong and it was an Official Selection of Slamdance 2017, Cannes Short Film Corner and more. Sarah is shy, sweet and brave. She has to stand up for herself in a very scary, uncomfortable scenario and it was an emotional role.  She was so much fun to play.

WHAT’S YOUR FAVORITE MOVIE/TV SHOW? WHO’S YOUR FAVORITE DIRECTOR?
I think about this a lot. I have movies that I love for being cinematic masterpieces such as Bohemian Rhapsody, Inception, The Dark Knight, Memento, Se7en, Joker, Schindler’s List, Psycho, The Shining, etc. I love thrillers, crime-dramas, psychological films or biopics.

Then I have the movies I watch for fun/nostalgia like Clue (I’ve seen that film more times than any other movie), The Birdcage, Stuck on You, Kingsmen: The Secret Service, Throw Mama from the Train, Up, WALL-E, etc.

I’d say that my favorite mix between art and pure entertainment is The Wizard of Oz. I own one of the anniversary editions on DVD and have seen the behind-the-scenes footage and documentaries included on it several times. The film is not only nostalgic, fantastic and beautiful, but it also is an incredible feat to have accomplished. The effects, the sets, the costumes, the makeup…everything about that film astounds me and blows my mind that in the late 1930’s they pulled off what they did cinematically during the Great Depression.

TV shows: DARK on Netflix, Breaking Bad, Sherlock, The Queen’s Gambit, This is Us, Dexter, etc. There are so many brilliant series out there.

Favorite directors are Christopher Nolan, David Fincher, Alfred Hitchcock, Martin Scorsese. Ava DuVernay, Patty Jenkins, Stephen Spielberg and the late Lynn Shelton who I had the honor of working with twice (once where she directed me and once where we were costars in a film.)

I appreciate so many different styles of directing and the many aspects of storytelling.

WHAT, IN YOUR OPINION, IS THE MOST IMPORTANT QUALITY IN A FILM DIRECTOR?
Strong leadership. I have worked with many wonderful directors who have strong visions and are kind, gracious and giving. I love directors who allow actors to explore their characters and help the actors get to the emotional place they need to be for the scene they are in.

A prime example of this type of direction came was from Sue Corcoran on set of “All I Want is Christmas.” I have worked with many amazing male directors, but I of course am an advocate for women in film. Lynn Shelton, Jade Justad, Tara Johnson-Medinger, and many more have such a grace to them & are such powerful leaders. Kind, brave leaders inspire me. Leaders who allow collaboration but know their vision enough to not let anything take away from it too much.

WHAT ARE THE QUALITIES OF A GOOD FILM DIRECTOR?
Regardless of a feature film’s budget, a great director has many admirable qualities.
…
Personal Attributes

WHAT ADVICE WOULD YOU GIVE OTHER WOMEN LOOKING TO DIRECT A FILM?
When you first read the script or are writing the script, envision the shots in your mind. You may have to adapt them later which is okay, but know what you are looking for. The first film I directed, MISSING, I knew what I was thinking for most of my shots but the one shot I knew I wanted exact was the opening shot of the film which was my eyes staring directly at the camera. One of my mentors said “Don’t you think it’s a little confrontational to start a film like that?” It was exactly what I wanted. I wanted that shot to make you a little uneasy and think about what power eyes convey. With every film I make, I learn something new. Would I shoot the same film differently now? Probably but I always strive to keep evolving. Growing is a good thing.

A film director manages the creative aspects of the production. They direct the making of a film by visualizing the script while guiding the actors and technical crew to capture the vision for the screen. They control the film’s dramatic and artistic aspects.

ARE YOU CURRENTLY WORKING ON ANY PROJECTS WE CAN LOOK FORWARD TO SEEING IN THE FUTURE?
I have a few films that recently were released:

Most recently “My Summer as a Goth” just released on streaming platforms worldwide. I play Molly, the best friend to the protagonist. It’s a fun coming of age romcom and I love how supportive, independent and loving Molly is. She stands up for those she cares about and doesn’t care what people think of her.

“Wallflower” which was directed by Jagger Gravning, is available on streaming platforms everywhere. The film had a theatrical run through select AMC Theatres, played at many film festivals and was praised by Variety & New York Times. The film is about a real tragedy that happened in Seattle in 2004. I play the lead character’s alter ego & am part of his dream sequence/memories. I represent the part of his psyche & personality that he is missing and wishes he had.

“Woodstock or Bust” which was directed by Leslie Bloom is also available to stream. The film stars Willow Shields (The Hunger Games trilogy and Spinning Out) and Meg DeLacy (The Fosters and Stargirl) and is about a coming of age comedy story two girls who go on a roadtrip to play at Woodstock in 1969. I play their friend Jill who throws them a wild party to help fundraise their trip. Let’s just say Jill provides “special” brownies and does a great Ed Sullivan impression. I felt like Goldie Hawn on Laugh-In when I got to improvise and do physical comedy too.

I also started my own talkshow webseries with my friends Rico E Anderson and Sasha Kerbel called The Lightning Hour. It launched July 2020 and we’ve been on a roll ever since! We have been so lucky to have interviewed guests such as Elliott Gould (Oscar nominee & film legend), David DeLuise (Wizards of Waverly Place), Lin Shaye (the Insidious franchise), Dot-Marie Jones (Glee), Cynthia Geary (Northern Exposure), Lilimar (Bella and the Bulldogs), Sheldon Reynolds (Earth, Wind & Fire) and many more! New episodes every Friday at noon Pacific time on our YouTube channel so be sure to like and subscribe!

The fantasy multimedia series “Chaldea” comes out December 20th 2020 and I am so excited for that one! I got to voice the young version of the lead, Calla, and voiced a few other roles too! Think Dungeons and Dragons.

I just did two shows with a virtual theatre company called Lockdown Theatre. I was in their July show called “The Bridge” as the lead character Simone and then just finished playing Calamity Jane in the western comedy “Tough Trip Through Hell.”

Finally, I am soon going to do pickup shots for the feature film “Martingale” starring Kelly Sullivan (Young and the Restless). I play her daughter Maddy. This film is a revenge thriller and I am so excited!