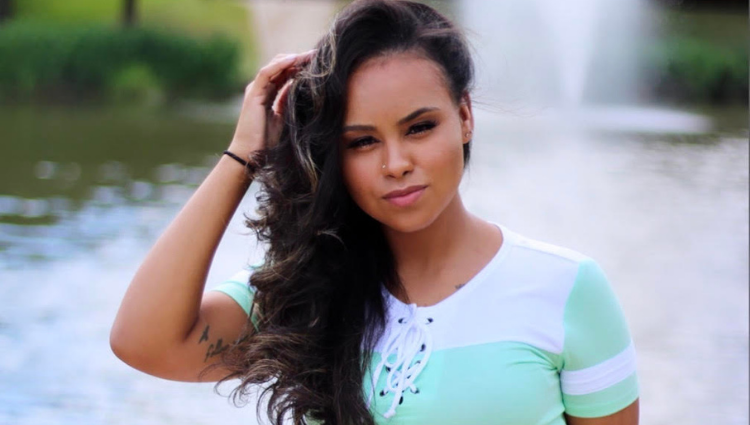 HEY, WELCOME BACK NATALIE! WHEN DID YOU BEGIN CREATING “ELEVEN THIRTY”? COULD YOU TELL US HOW YOUR CREATIVE PROCESS BEGAN, AND WHAT INSPIRED THE SINGLE?
Natalie Nichole: I wrote this song last year. The creative process for this song in particular was truly just stemming from being in the mood. My process varies from song to song depending on what topic is being written about. I can get inspired by anything but this song is inspired by making love. Waiting for your lover to come home so you both can have a “Moment” together. It’s sexy & sets the mood.

DID YOU TEAM UP WITH ANY PRODUCERS TO HELP CREATE THE SONICS FOR “ELEVEN THIRTY”? WHAT WAS THE PRODUCTION PROCESS LIKE?
Natalie Nichole: I have a dope producer I met in Dallas, Texas named King Louie. “The Garden Recording” is his studio. love Louie’s willingness to be mentored & not be afraid to take notes on how I arrange my records, how I want them to be produced, mixed & mastered. Everything I release has to have the “Natalie Nichole” touch to it otherwise, I don’t feel like it’s genuinely me & he understands that. I actually wrote “Eleven Thirty” to a faster beat but I didn’t like the key it was in or that it was so fast so I hit up Louie & was like “Yo, I have this song called “Eleven Thirty”, I want to slow it down & change the key.” With that said, we sat in the studio, I sang the key I wanted it to be in & he began to play the piano. When he’d play something I liked my reaction would be “Yassss Gawd” or “Yassss” & from that he knew we were producing in the right direction. It’s always a fun process sharing my ideas, collaborating, co-producing & creating with Louie he’s an extremely gifted engineer, musician & creator that I have to upmost respect for.

WE’VE NOTICED THAT YOU COLLABORATE WITH MANY NOTABLE ARTISTS AND PRODUCERS. DO YOU TAKE SOMETHING NEW AND VALUABLE AWAY FROM EACH DIFFERENT SESSION? COULD YOU GIVE US AN EXAMPLE OF SOMETHING YOU LEARNED DURING THESE SESSIONS?
Natalie Nichole: I feel there’s always something new to learn in any session even if I’m the Vet at the session. When you’ve been in rooms/studios with people like Akon, Nick Cannon, Ron Aniello who have worked with greats like Mariah Carey & Shania Twain etc. you definitely take notes. The things that I’ve taken from sessions with “Majors” are things that I feel have enhanced me personally & usually end up enhancing anyone else that I end up working with in any type of sessions I’ve conducted or been a part of to date. There’s a thing called an “industry standard” & I definitely always bring that to the table. If it’s a certain way to arrange a song or make a feeling happen through panning or instrumentation I take note of all of those things especially when it comes to mixing & mastering records.