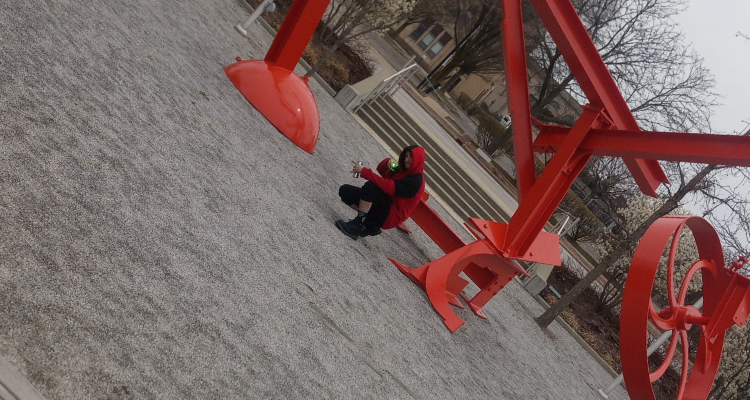 Quick Chat with Candidate for President of Mars – Kenntron

PLEASE TELL US SOMETHING ABOUT YOURSELF
I am Kenntron. I am candidate for President of Mars. I am phantom of the Green Party.

HOW DID YOU GET INTO POLITICS?
I’ve been involved with politics only recently in life. My journey into politics began when I was in middle school when I would post Presidential announcements on my locker. After the English teacher seized my activity, it was mostly skateboarding, animation, and the workforce, that have composed my career.

In 2016, I activated with the Green Party, after realizing that I am actually more qualified to serve in office than like 70% of elected officials. Plus, I was already a factor in politics.

For real, the first in-person experience I had with anyone in the Green Party, was gifting a book written by Twitter founder Biz Stone to one of Jill Stein’s surrogates. Inside the book I had penned a quick timeline of my plan to include the Mars colony in the Green Party platform…

WHAT ARE THE STRATEGIES THAT HELPED YOU BECOME SUCCESSFUL IN YOUR JOURNEY?
Gotta hit them angles. I know shorty and she doesn’t want a slow song.

PLEASE TELL US ABOUT YOUR CAMPAIGN FOR PRESIDENT OF MARS?
Almost everything is going to plan. After the general election in November, it’s gonna get crazy, like, my Blast The Volcano event scheduled for April 2021, that is happening. We will try, by any means, to launch a colony of bees on Mars before human lands there. Yeet the bees.

WHAT KEEPS YOU GOING WHEN THINGS GET TOUGH?
You’d have to read my book Access Your Flux Capacitor to understand my persistence. People always want to pray to a God or a supreme being, and that is fine for them, I started directing what would be my prayers in meditation to my future self. It either does or does not work doing that, it helps me anyway.

ANY MESSAGE FOR OUR READERS?
Guess what? There are going to be people on Mars soon and they are going to want to communicate with you.

Four things to consider when renovating your home