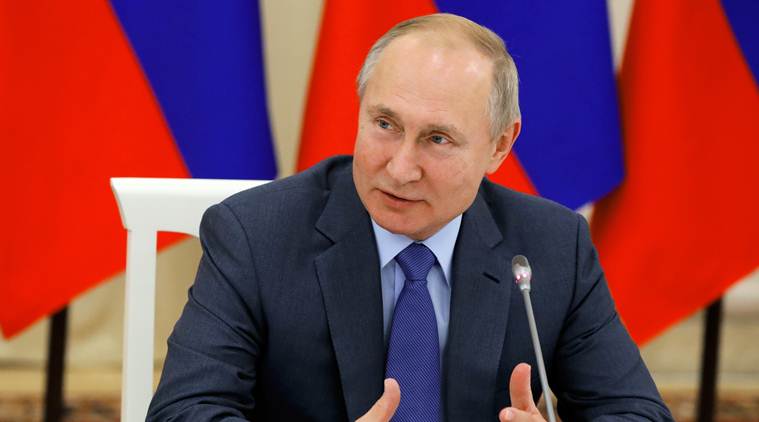 Russian President Vladimir Putin has allegedly boasted on Tuesday about his country’s “unique” advances in hypersonic weaponry, he claimed that other countries were “trying to catch up with us.”

Putin made this remark at a Russian Defense Ministry board meeting on Tuesday. According to a transcript released, he further added that “not a single country possesses hypersonic weapons, let alone continental-range hypersonic weapons.”

Just like Russia, both the US and China are also alleged to be working on hypersonic projects. Earlier this year a statement was made by Beijing that says that it tested a hypersonic aircraft, the US Air Force, on the other hand, has awarded a contract to Lockheed Martin to develop a missile.

Last year this time, Putin made the same sort of claims, claiming that the new hypersonic missile system would be entering service in 2019, it is something that has not yet happened.

The Russian President has already publicly showcased a number of advanced weapons, which he claims are capable of defeating US and NATO defenses, which also includes a missile that can deliver a warhead at hypersonic speed.

But according to analysts the story seems to be a bit different, as they have expressed caution that Russia’s boasts about its military capabilities are not often backed up. Besides, the country has also seen significant setbacks, which also includes a deadly accident earlier this year at a military test range.

While the specifics has not yet been confirmed, but the incident is suspected to have involved a nuclear-powered cruise missile, which is known as the Burevestnik or Skyfall.

Russian state news agencies even reported on Tuesday that an advanced Russian Su-57 fighter got crashed during a test flight in the Khabarovsk region. According to reports, military industry officials are even saying that a preliminary investigation concluded that the crash was caused by a technical failure of the aircraft control system. However, the pilot could manage to eject safely.