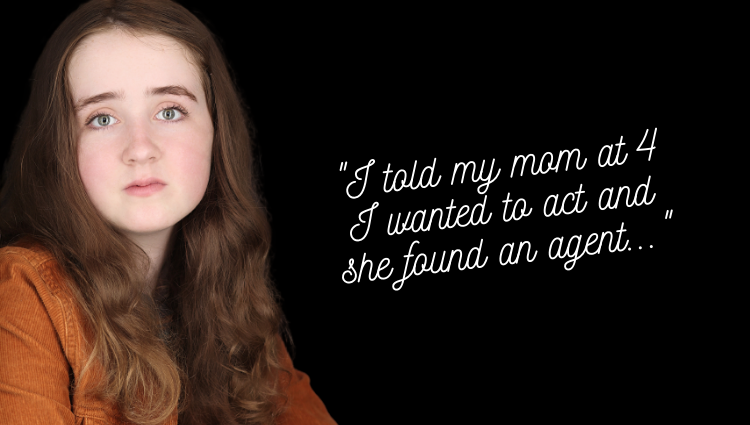 Marion is super friendly, very artistic, and a big dork. MARION VAN CUYCK  is best known for her RECURRING GUEST STAR role where she plays Terra Newback, the confident oddball with secret skills in Hulu’s hit show PEN15. Marion’s other television credits include playing the role of David Harbour’s Niece in the Netflix release FRANKENSTEIN’S MONSTER’S MONSTER, FRANKENSTEIN, Katie in the YouTube series GOOD GAME, and Ellie in the FX series BASKETS.

HOW DID YOU KNOW YOU WANTED TO ACT?
I was a late talker and went from not talking to singing and talking nonstop as a little kid. I told my mom at 4 I wanted to act and she found an agent through a friend.

WHAT ARE THE BEST THINGS ABOUT BEING AN ACTRESS?
Getting to play pretend for a living. I get to be anyone from anytime.

YOU’VE WORKED ON A COUPLE OF MOVIES AND SHOWS. WHAT WAS THAT EXPERIENCE LIKE?
Every experience is different, but all have been wonderful. I have really been lucky to work with very talented people in every job.

WHAT WAS THE COOLEST SET YOU HAVE WORKED ON?
It is a tie between Pen15 and Frankestein’s Monster’s Monster Frankenstein, both sets are so cool. Both sets have time period costumes which really adds to playing a character. The Frankenstein set had all this crazy, mad scientist, classic horror movie props which really set the tone. Pen15 set really looks and feels like early 2000 middle school.

WHAT’S YOUR ADVICE FOR YOUNG PEOPLE WHO WANT TO START ACTING?
Find people who believe in you and put in the work. Wanting it isn’t enough, it requires practice.

FINALLY, WHAT DO YOU LIKE TO DO WHEN YOU’RE NOT ACTING?
Draw, animate, play video games,  binge watch shows and YouTuber gaming content, and play the drums.