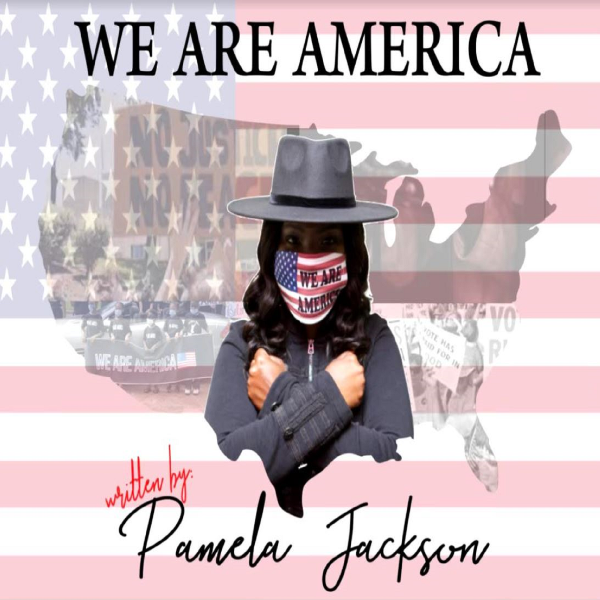 Pamela Jackson, a talented singer, has released her latest single, “We Are America.” In “We Are America,” the singer spreads hope and love. Quinton Fashion and Jawuan Ford produced this energetic, soulful, hip-hop song, and it was rapped by Latarra Nicole and featured bass accompaniment by renowned bassist Andrew Gouche. This compelling single is sure to top the charts and playlists.

The song “We Are America” was written to express African Americans’ current state of affairs. This song is an encouragement to remind Americans that we [African Americans], too, have played a critical role in the formation of this nation. The musician delivers a powerful message through her latest single, as she says, “our talents, ingenuity, ideas, and resiliency have helped shape our country.” I am America, you are America, and together we are America.”

“We Are America” is sure to make waves in the music industry. It’s brimming with vigor, effervescence, hip hop, and ingenuity, along with a profound message of hope and resiliency.

Pamela Jackson began her career as a church musician at the age of ten. She has been working as a music writer for international artists such as Carolyn Traylor and Melba Moore since 2000. Pamela is known for her distinct music style and perfect understanding of sound and rhythm, which flows smoothly in the songs she composes. Her music can best be described as Christian with hints of jazz, hip-hop, and soul.

Pamela has always been influenced by Aretha Franklin’s gospel and Marvin Gaye’s altruistic messages of social justice and reform. She is certain to make her mark in the music industry with her gentle yet optimistic approach towards victory.

“We Are America” is now available on all the major platforms, including Spotify, Apple Music, etc. Follow Pamela Jackson on Facebook, Spotify for more information on her upcoming projects.

Happy Jewelers: A Jewelry Store Where You’re Treated Like Family

Five reasons why you need to buy raw honey!