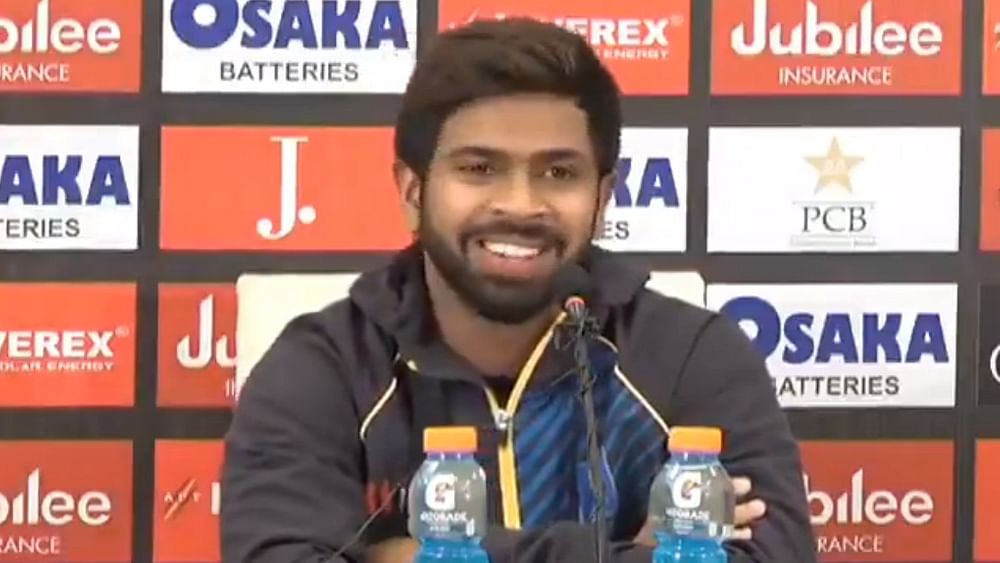 Pakistani journalist’s blunder during Sri Lanka’s customary press conference after stumps on Day 2 of the ongoing 1st Test in Rawalpindi has allegedly been making waves. Sri Lanka cricketer Niroshan Dickwella, when arrived to talk to the reporters just after the end of day’s play on Thursday Pakistani journalist, mistook him for his teammate Dhananjaya de Silva – not once but twice. But that was Dickwella’s surprise and reaction to the blunder that left everyone present in splits.

The Pakistani journalist began his first question by saying “you played well…” before Dickwella broke in by saying: I’m Dickwella actually. I’m not de Silva. Actually Dickwella got dismissed after scoring 33 in his team’s 1st innings, it was de Silva who was unbeaten at stumps having scored a fighting 72.

However, the journalist continued with the same line of questioning. And once again asked, “You played well on this pitch and in these conditions. Are you thinking a hundred on this pitch?”

This time Dickwella replied with a laugh, “You mean me? I am Dickwella not de Silva.”

Further he added, “I got out. I am already out in the pavilion. Maybe in the second innings.”