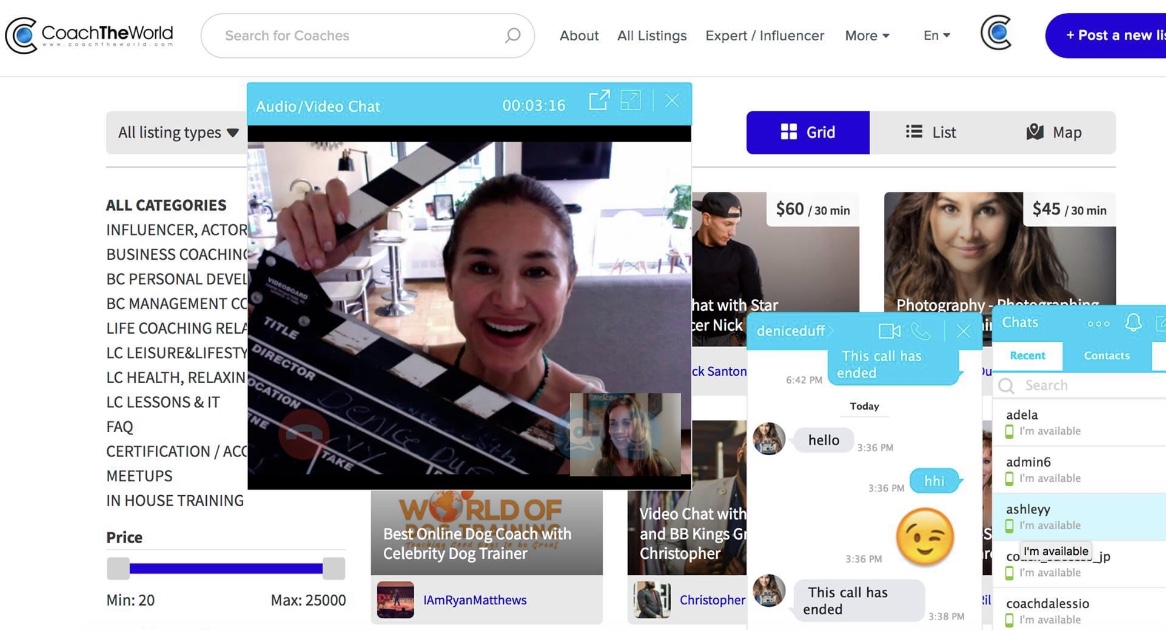 CoachTheWorld is an interactive venture that aims to bring celebrities, experts, coaches, influencers, and all kinds of stars to the screens of people’s computers.

It’s an idea that recognizes the importance of 1:1 contact between influential individuals and the public. Thus, for that purpose, it helps people interact with a wide number of coaches and influencers via video and text chat.

Some main features about the online coaching marketplace:

It’s an immersive idea that allows influencers to share ideas with the general public directly, without the use of print media or any third-party. The website offers the public the chance to connect with acting coaches, cooking experts, and much more.

One of the stars using CoachTheWorld to connect with fans is Joanna Cassidy, an amazing actress from the US. Joanna uses the chance at interaction to teach and coach people around the world.

Similarly, a large number of other influencers and coaches are quickly joining CoachTheWorld, eager to offer their secrets, share their experiences, and spread advice to an endless amount of people via video sessions as short as 15 minutes.

Created by a group from Tampa, Florida, CoachTheWorld aims to become the first successful venture of its kind; one that brings guidance and coaching to your computer screen.

They are searching experts in every field to join the platform – free sign-up on www.CoachTheWorld.com