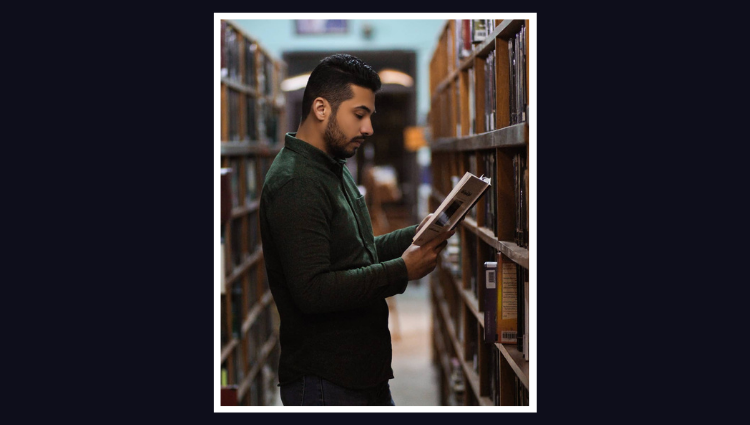 Omar Amara (Arabic: عمر عمارة) continues to prove to the world that with his literary and prose writing he can do everything. As a writer / poet, entrepreneur, and expert in analyzing and studying markets, Amara’s favorite job is to be the poet of women around the world and their favorite writer. Omar’s story is incredibly unique as he launched his literary and poetic career and became famous in his twenties. Omar believes in never giving up, pursuing his dreams, and not listening to frustrated and critics of his literary career and poetic texts. Through his literary writings, he continues to instill his powerful message of love, peace and passion in the minds and hearts of his readers and fans.

Omar’s journey to where it thrives today was not an easy road. After graduating from his university, he worked in a call center in the customer care department in Ramallah. In the evening, he participated in poetry evenings and events organized by municipalities and cultural institutions. After a while, Omar was at a crossroads when he moved to Dubai and had the opportunity to be a member of the Abu Dhabi Writers Union and participated in many poetry events during that period, which helped him to complete his passion for poetry and literature.

Amara admits that he was a bit unbelieving in his early years in literature career, especially as it tends to favor older writers and poets. But what helped him was that he was able to use and employ cultural events and his public relations to enhance his literary career. After participating in many literary events, he released his first poetry work entitled “Dina Singing” in Dubai. Amara realized that this was his chance to realize himself and his dreams of becoming a famous writer and poet.

Amara is currently preparing to release his first novel, entitled “Thirty-One Days,” which will be his first novelist work far of his poetry works. It is expected that the novel will be published at the end of the current year 2021, which deals with the story of a woman suffering from a psychological disorder called “single polyamory” that pushes her to have intimate relationships with more than one partner, which was caused by an event she lived in her childhood and remained stuck in her subconscious mind and formed her extraordinary personality. Regarding his goal of this narrative work, he concluded that the main goal of this work is to answer some questions related to the life partner regarding unusual behaviors and the impact of the partner’s childhood in drawing the parameters of the emotional relationship and its nature.

It is noteworthy that Omar Amara (Omar Mohammad Amara) is a young Palestinian poet and writer, born August 29, 1993. He writes poetry and prose and has many poems published in newspapers, magazines and websites. His poetic style combines simplicity and modernist in exploring passion, love and life. Amara is one of the Palestinian modern poets.

To know more about Omar Amara visit: www.omar-amara.com and don’t forget to follow him on Instagram @omaramaraofficial

Ruby Yang: What you need to know about her and her newest show “Narcissist Echo”

What to Do When Your Car Dies While You’re Driving