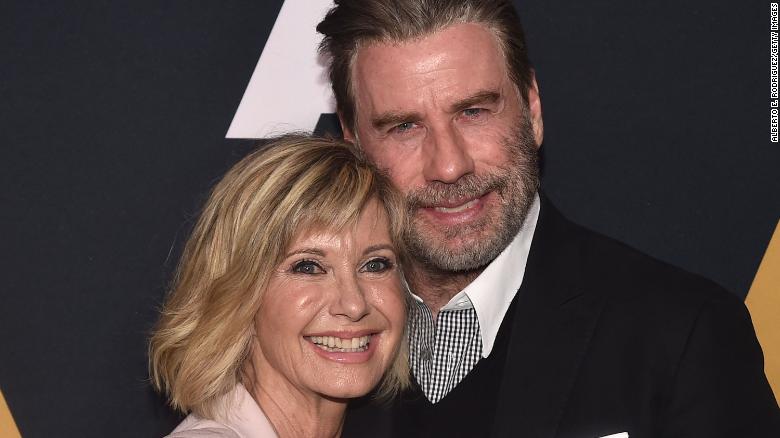 Olivia Newton-John and John Travolta reunited this weekend in order to celebrate their iconic 1978 movie musical, which is hosting the first of three “Meet ‘N’ Grease” sing-along events in Florida. The two were seen dressed in their Rydell High best on Friday in West Palm Beach. Newton-John was wearing Sandy’s “good girl” outfit, a yellow cardigan and skirt, and Travolta was wearing a classic leather jacket, with his hair slicked back in a way that would make any greaser proud.. The two allegedly came to the town for a sing-along event of the movie and a Q&A session at the Coral Sky Amphitheatre.

Travolta captioned a slideshow of the pair while greeting fans: “#Grease is still the word.” Both of them were posing in their infamous red convertible. Both of them thrilled the crowd as they walked onstage together during the sing-along event.

The pair allegedly recreated their iconic “Grease” characters, Danny and Sandy, on the Friday night’s event in West Palm Beach, Florida. It is for the first time the two were seen in the costume since their first appearance in the movie more than 40 years ago. Both Newton-John and John took to their Instagram and posted a photo of their arrival at the event on Friday. The pair look like they just stepped off the movie set.

Newton-John also shared a shot with Travolta, and wrote: “First time in costume since we made the movie! So excited!!”

Newton-John allegedly made time for a quick outfit change, and later she was seen donning a leather jacket and black pants during the Q&A.

The throwback came just days after a fan, after purchasing Newton-John’s black leather jacket from the movie for $243,200 at a charity auction, presented the same to the actress. Her entire “bad girl” ensemble, which includes, the skin-tight black leggings and jacket was sold for $405,700 at an auction in November. And the proceeds were gone to Newton-John’s cancer wellness center in Australia.