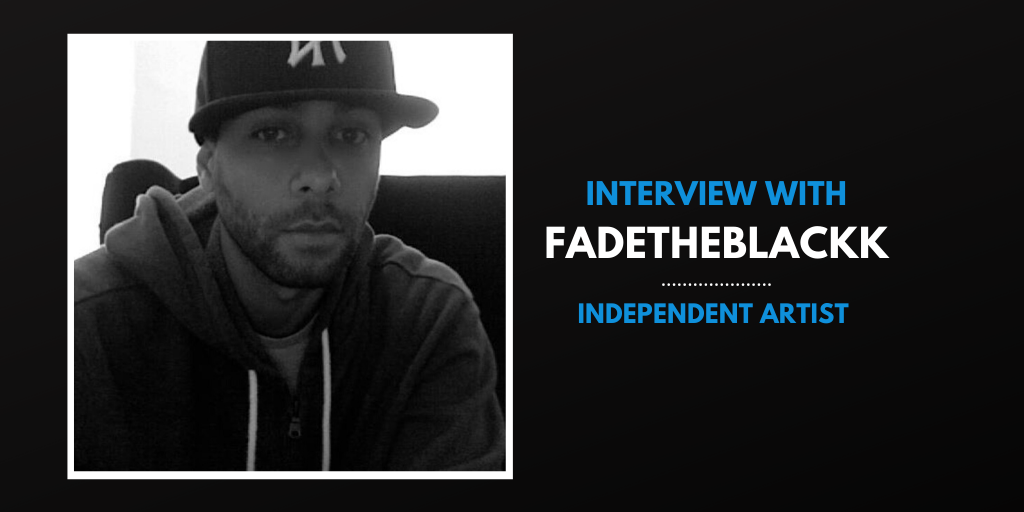 Next Up NYC Artist FADETHEBLACKK

In the music world, there are several music types, but one of the most prevailing cultures for some decades has been hip-hop. We must remember that hip-hop cannot be only referred to as a music type; rather it is consist of different cultures, which globally fuses music with comedy, the artist as well as fashion. They all fuse to make a dope product called hip-hop. Teenagers and Youngsters are already crazy about the genre. A new young sensation, rising straight from New York City is known as “Fadetheblackk” (from his stage name). Well, his real name is actually Antonio Rosario and he is originally from the Bronx, NY. Fade is currently being considered as one of the top ten rising underground storytellers of his time. The new sensation is very known for his artistic taste and creativity skills. He cannot stop himself from putting his feelings and thoughts on various kinds of random topics depicted in his thoughts through inspiring rhymes and his laid back smooth delivery.

Fade music is catchy and his lyrics are easy to understand, he says exactly what he feels and thinks, pours his thoughts into words and they later burst out to the world and create an everlasting impression. It has only been a couple of months since the young star dropped his single “Cold World”. This track can be considered as his comeback into the Hip Hop Scene. The track was exclusively premiered on Cole Bennett’s Lyrical Lemonade platform which in return open many doors for the artist. Fadetheblackk is securing his efforts and groundwork as his goal is to the next breakout star of the music of 2020.

Along with accepting the fact that Fadetheblackk has struggled hard in the past due to a to a car accident where he was hit by a car while walking which forced him to put his music career on hold in 2017, since his comeback in 2019 has received a lot attention in the past couples of months, yet he has not gained the piece of attention and fame he deserves as per his skills and hard work. In my opinion, I believe that Fadetheblackk is a name of hard work and rising inspiration of the time, hence he should not be left out of the list of top rising artists of today’s generation, appearing from the big apple.

What can you tell us about your latest track?
The youngster says that: “the track samples soulful vocals”. He further claims the song “Successful” mean a lot to him as it helps him to go through tough times and moments of his life, Fade also states that the track helps and guides him to retain patience and keeps him motivated in achieving dreams. He strongly believes that “Successful” is to inspire all the little guys struggling that feel they have no place or purpose in this world: “Growing up, Antonio stated often felt like others doubted him and downplayed his dreams”. From a very early age, Fadetheblackk always had the love and passion for creating music. Several years ago, he started his journey into his hip-hop career. At the very same time, he popped out as a famous and noticeable entity in New York City. He claims further that many other artists are rising from his area. There is no doubt about the fact that the music industry these days has become very competitive and people have a mentality of pushing everyone down to rise up, yet you have to stick to your dreams and keep struggling faithfully for your dreams. Fadetheblackk is on his way to release his debut “album EP” at the end of this year.

What would you like your message to be to your fans?
He Responded his only message to his fans and supporters, is that he appreciates everyone who has been with him during this journey, especially every person who shared or chooses to listen to his music.

How has the musical journey treated you so far?
Fade says he has come a long way to reach this place.

What can we expect from Fadetheblackk in the future?
More and more work, so many plans, so many projects that I have to really re-focus my energy in 2020.

Well, I hope this will make some impressions on you the reader about this artist hard work, make sure to check out his tracks, which I hope you will enjoy and choose to share them with your friends as well.