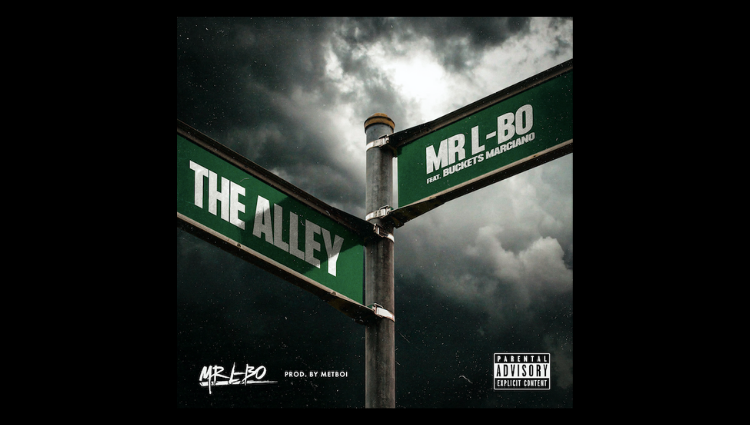 Rapper and songwriter Mr L-Bo of True Game Entertainment brings us back to old-school rap with his newest single “The Alley” featuring Buckets Marciano. Hailing from the DMV and claiming his spot in hip hop music, Mr L-Bo clearly has a story to tell. With a self-awareness of his style of music being the minority in hip hop during a time when trap and mumble rap reign supreme, Mr L-Bo seeks to reclaim a more classic hip hop sound in “The Alley” while simultaneously keeping things fresh for listeners. It is a difficult feat to bring back an older era sound of music within a genre while still being entertaining and original, something that Mr L-Bo was able to accomplish.

The beat of the song itself makes hip hop sound “classic” again. In a deep, heavy reverberating tune that listeners can bump along to in any environment, we see classic rap and old-school hip hop re-emerge in a refreshing modern take. The production levels are immaculate, and producer METBOI shares with listeners a pleasurable hip hop melody that underground and classic hip hop fans may associate with underground hip hop cyphers.

“The Alley” itself plays like a cypher of the two rappers, each adding their own flavor to the mix. In the second verse, Buckets Marciano impressively rides the beat like a veteran in the hip hop game. He packs his lyrics into a smooth and vivid flow that paints a picture of his lifestyle and the pros and cons that come with being a rapper— from fancy clothing and money to spend, to having to invest in oneself because the game is unpredictable. Essentially both rappers are, in a way, discussing what it’s like to be a rapper in the world of hip hop, and despite the constant waves of changes many artists of any genre may witness, at the end of the song the listener will be satisfied as both rappers clearly each have their own love for the music. And for any music-lover, at the end of the day, the music is what it’s all about.

Listen now to “The Alley” by Mr L-Bo, featuring Buckets Marciano for a fresh take on a classic hip hop sounding tune. The single is available on all major platforms for listeners to enjoy.