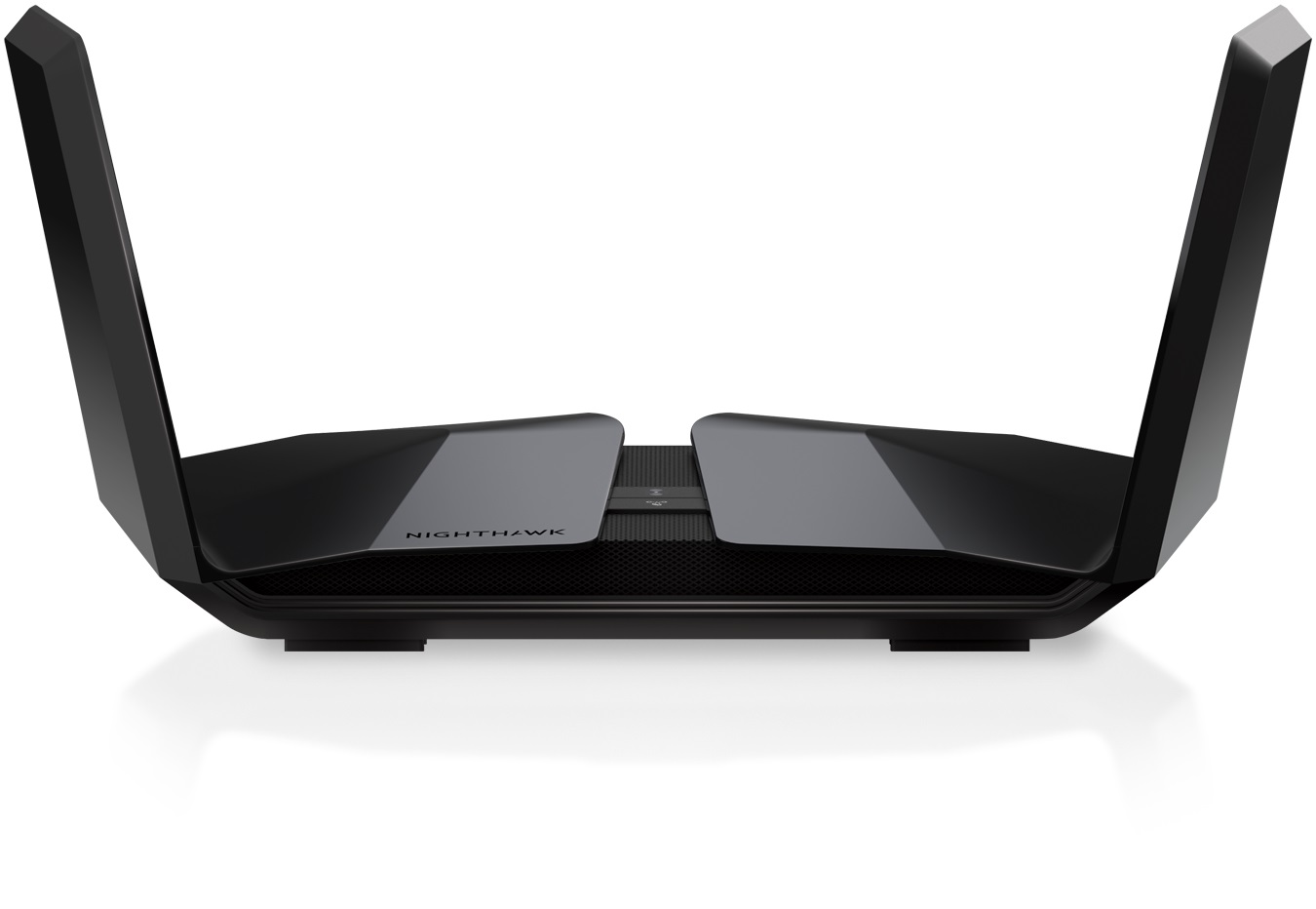 Today’s households are dealing with an increasing number of connected devices that demand a greater bandwidth for streaming video, audio and online gaming. These devices increase the complexity of a network as they compete for bandwidth, pushing wireless home networks beyond the technical threshold for the current generation of Wi-Fi. NETGEAR has deciphered this modern-day dilemma with the introduction of a full suite of ultra-fast Wi-Fi 6 Routers.

The NETGEAR AX12 is a powerful Wi-Fi 6 Router that uses three bands with a combined Wi-Fi speed of 10.8Gbps3. This provides the ideal solution for the growing needs of households with an ever-increasing number of connected devices vying for internet bandwidth simultaneously. Tri-Band Wi-Fi provides an additional Wi-Fi band to reduce congestion and provide a better-connected experience across multiple devices simultaneously. The latest Wi-Fi 6 technology provides four times the amount of data capacity over that of the previous generation of Wi-Fi routers (802.11ac), also now known as Wi-Fi 5.

Using the Nighthawk AX12 Tri-band Wi-Fi 6 router, households can expect a combined 10.8Gbps of bandwidth for all their networking needs from simultaneous 4K/8K UHD video streaming to gaming and other high-bandwidth consuming activities. With a single Wi-Fi name across the three bands, Nighthawk RAX200, using Smart Connect technology, intelligently distributes all the connected devices to the appropriate Wi-Fi band based on the speed of the device ensuring the best utilization of the available bandwidth.

Speaking on the occasion, Marthesh Nagendra, Country Manager – India & SAARC, NETGEAR added, “At NETGEAR, our focus has always been on innovation in the Wi-Fi space. Wi-Fi 6 is the most significant change to the Wi-Fi standard over the years. We are pleased to induct AX12 router to the NETGEAR family with the latest Wi-Fi 6 standard. The new Wi-Fi 6 technology will offer increased capacity and the capability to connect simultaneously with multiple client devices while making the world of Internet of Things much more sustainable due to the expansive bandwidth.”

Increased Capacity for the Smart Home

With its powerful 1.8GHz quad-core processor and support for multi-gig internet connections, the Nighthawk Tri-band AX12 router will help to keep up with the increasing internet speeds being delivered to homes.

The Nighthawk Tri-band AX12 sets you up for faster speeds and latest Wi-Fi technology  in the foreseeable future as computers, mobile and IoT devices adopt the latest Wi-Fi 6 technology while continuing to support all of your existing Wi-Fi devices. The Nighthawk Tri-band AX12 can deliver more than one Gigabit of throughput to mobile devices that support 160MHz bandwidth.

The NETGEAR Nighthawk tri-band Wi-Fi 6 routers, AX12 is available through authorized NETGEAR partners, other reseller channels and e-commerce portals at a price of INR 74,999.

What is included in full-service bookkeeping Newcastle?