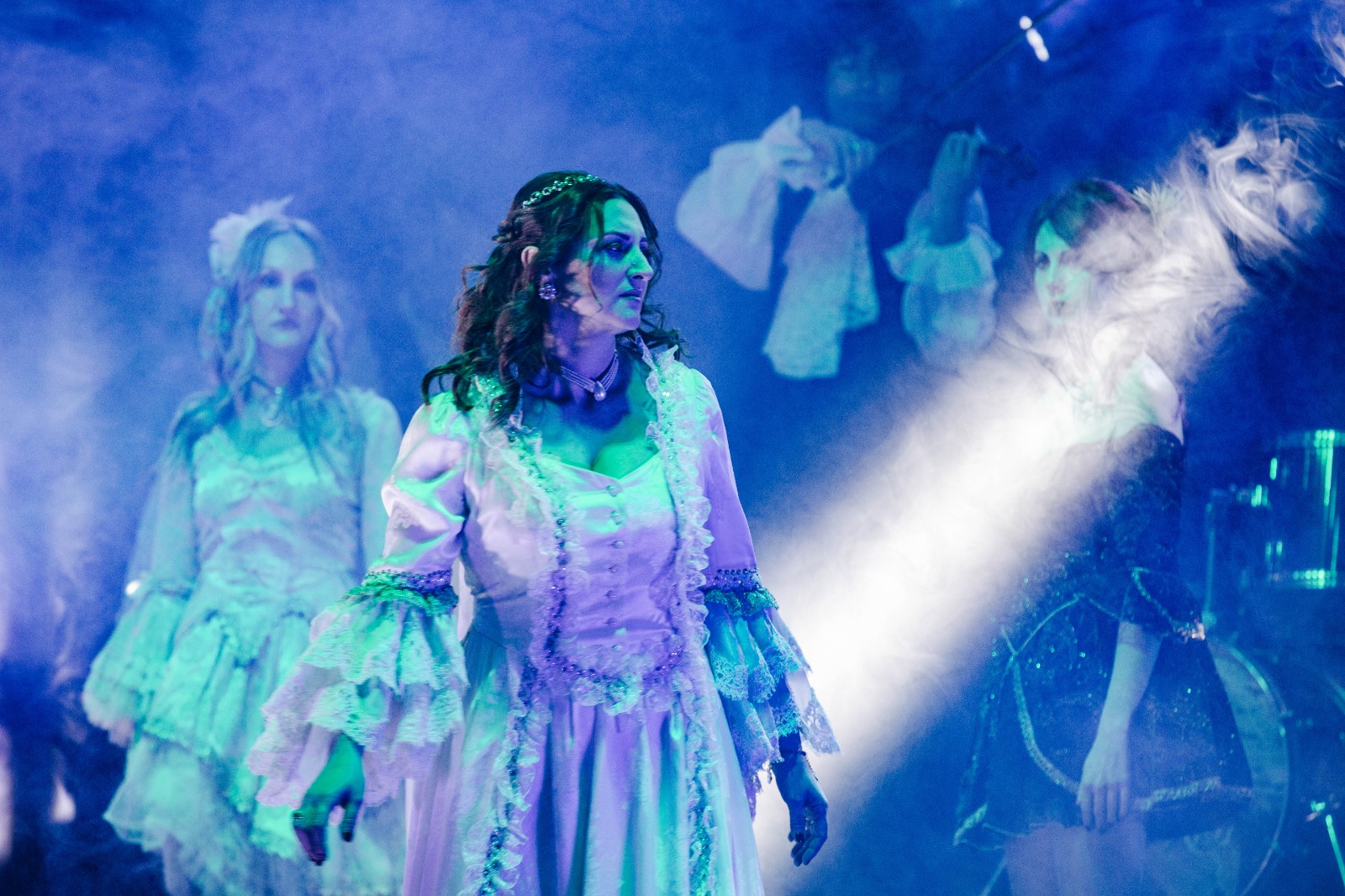 The TRUE LIGHT SHOW is an international show performed by the singer and songwriter Nelia Ross (neliaross.com).

The Show varies from the American rock to the gothic-romantic style.  The powerful and magnetic voice of Nelia Ross brings the show to a  higher level: it becomes more and more interesting with performances that range from voice & piano songs to the Opera revised in a hard rock/metal style up to rock songs that sound classical music. Beyond all these songs, Nelia Ross performs also some original songs written by  Nelia herself, both lyrics and music except for the song True Light written together with Nico Adams, an American singer-songwriter with whom a  deep cooperation started in 2012.

In this amazing Show, Nelia performs together with his vocalist “The  Phantom of the Opera” in a rock-metal style wearing costumes of the eighteenth century.

The band is composed by a piano player, a keyboard player (who plays even cello in some songs), a drummer, a guitarist, a bass player, a  violinist, 3 vocalists and a wonderful corps de ballet which will dance  some of the songs performed by Nelia, but also some songs like Blues  Brothers, Dirty Dancing, Footloose, Sadness by Enigma, and a medley of songs as a special Tribute to Michael Jackson (Thriller, Smooth  Criminal, Beat it, Bad).

The public will be totally catched by the so many lights, coolers,  costumes, beautiful music, wonderful voices and dancers, everything emphasized by a wonderful LED Wall that will amplify the magic of the  Show.

Nelia looks forward to seeing you all at the Show! Stay Tuned