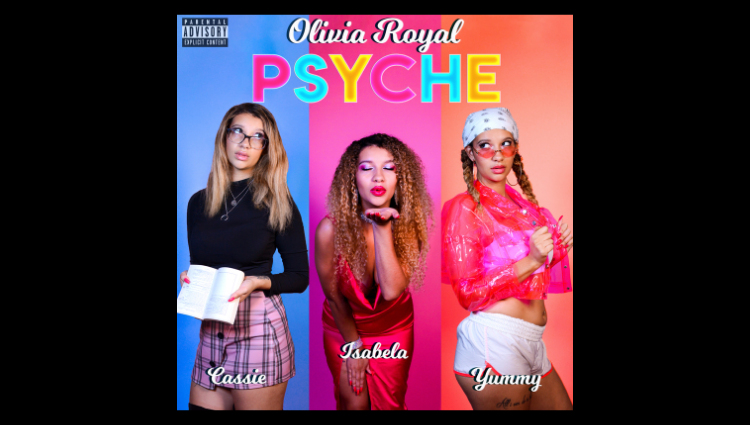 Olivia Royal, yet another pop artist from Chicago, released her new project titled ‘PSYCHE.’ It offers her take on the modern girl ‘group’ and is made up of three different parts of Olivia that form the pop trio. Cassie represents her head, Isabela her heart, and Yummy her gut.

Olivia created the ‘PSYCHE’ Mixtape to express various aspects of her identity. She began working on ‘PSYCHE’ three years ago; however, the voices in her head became even louder after being trapped in her house due to the recent pandemic.

Speaking about ‘PSYCHE,’ Olivia said, “For a while, I felt so much pressure to define and present my brand identity as an artist when I was still trying to figure out who I was as a young woman. I decided not to cut myself down and choose one but instead showcase three different sides of me.”

Olivia Royal is a Chicago-based artist who is known to express herself through music. She is a singer, songwriter, and producer but will take on any skill required to realize her vision, including rapping, dancing, acting, video creation, graphic design, and more. Olivia is a classically trained vocalist who began singing at the age of three and writing songs at seven. She was inspired to start producing her own music after discovering music production in high school and realizing the freedom and creative control it gave her in the male-dominated music industry.

Olivia’s sound is frequently crystallized as something between R&B and pop music; however, she draws inspiration from a variety of other sources. She endeavors to traverse a wide range of ideas and create art that will serve as a personal reminder of her connection to the universe and people worldwide.

“PSYCHE” is now available on YouTube, Spotify and all the other major platforms. For information on her latest projects, visit Olivia Royal’s website: www.oliviaroyalart.com