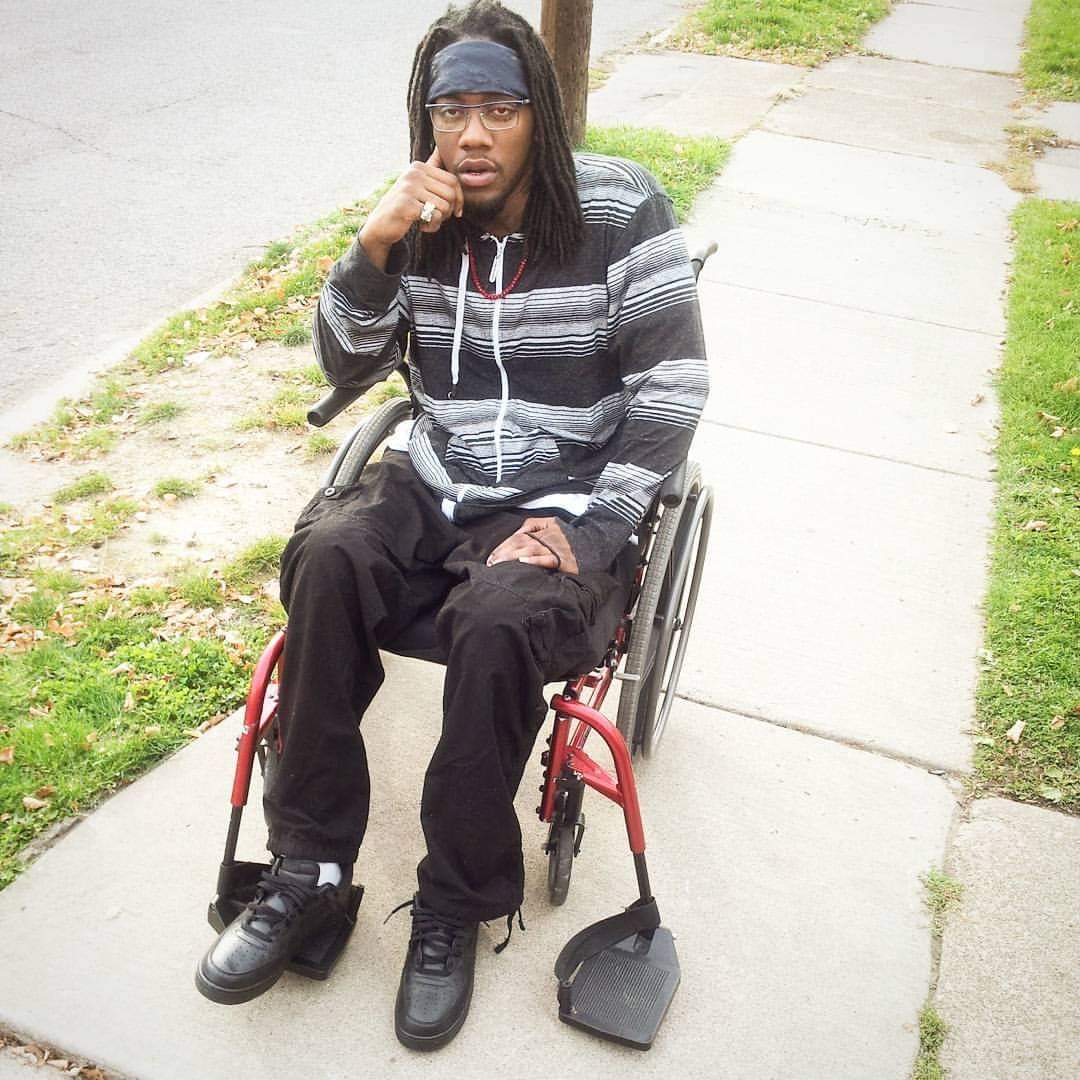 Andre Yarbrough aka Mu Diamonds, a rapper, shows his commitment and enthusiasm. The life of Mu Diamonds has been an eventful one. Hip-hop artist born and raised in Buffalo, New York’s tough neighbourhoods. Unfortunately, he learnt to accept gang violence as usual. In his adolescence, he found solace in music. Aside from schoolwork, rapping became something he did with his friends.

It was at the age of 14 that the young man first began to rap with his friends, practising and perfecting their lyrical abilities to the accompaniment of instrumental music. Even if he tried to flee as far as he could, he would inevitably succumb to his violent lifestyle. He recalls sitting around with my friends and listening to rap music.

Mu Diamonds getting shot and paralyzed

In the face of difficulties, those who have a strong desire to succeed may overcome any obstacle. Unfortunately, Mu Diamonds was not spared the violence that engulfed his neighbourhood. An attacker rushed by and shot him, paralyzing him from the waist down. Mu Diamonds said that getting shot and paralyzed was one of the worst trials of his life. They modified how they dealt with him, including cutting relations with some of his closest friends. His circumstances, however, didn’t deter him. If anything, it made him more determined to achieve his goal.

As a result, Mu Diamonds became one of New York City’s most prominent rappers. Rappers have long regarded him as one of the best because of his unique style and skill. He was an extraordinary artist with boundless vigour, tenacity, and skill. Additionally, Mu Diamonds’ ability to offer a vivid picture of his experiences through his lyrics set him apart from his colleagues. It was clear to this artist where he intended to go with his profession. And he has undoubtedly met that aim and the course of ten years of performance.

It wasn’t long until Mu Diamonds set his sights on something greater. He decided to start a record label. The music industry will benefit from this endeavour, and other musicians will have opportunities to thrive as a result. It was dubbed Dynesty Entertainment by Mu himself.

Dynesty Entertainment, his recording firm, helped him build his musical career despite the many turns his life underwent. Dynesty Entertainment is a family-owned business that aspires to help budding artists and musicians realize their full potential. Mu Diamonds’ recording company handles engineering and production. Additionally, the label’s creative material and marketing are handled by this business.

There is a lot more to Dynesty Entertainment than just an artist community. Everyone who has worked closely with this record company has formed a close-knit relationship and has built a secure area to explore creative expression via the medium of music.

The horrible conditions and difficulties that Mu Diamonds has had to overcome haven’t stopped him from carving out a prosperous career for himself. The “King of Buffalo” title has been given to him because of his love and dedication to his craft. As his label Dynesty Entertainment expands, he intends to help more outstanding musicians achieve global stardom.

Memories and Moments” is the title of Mu’s album, which was released on Halloween, October 31.