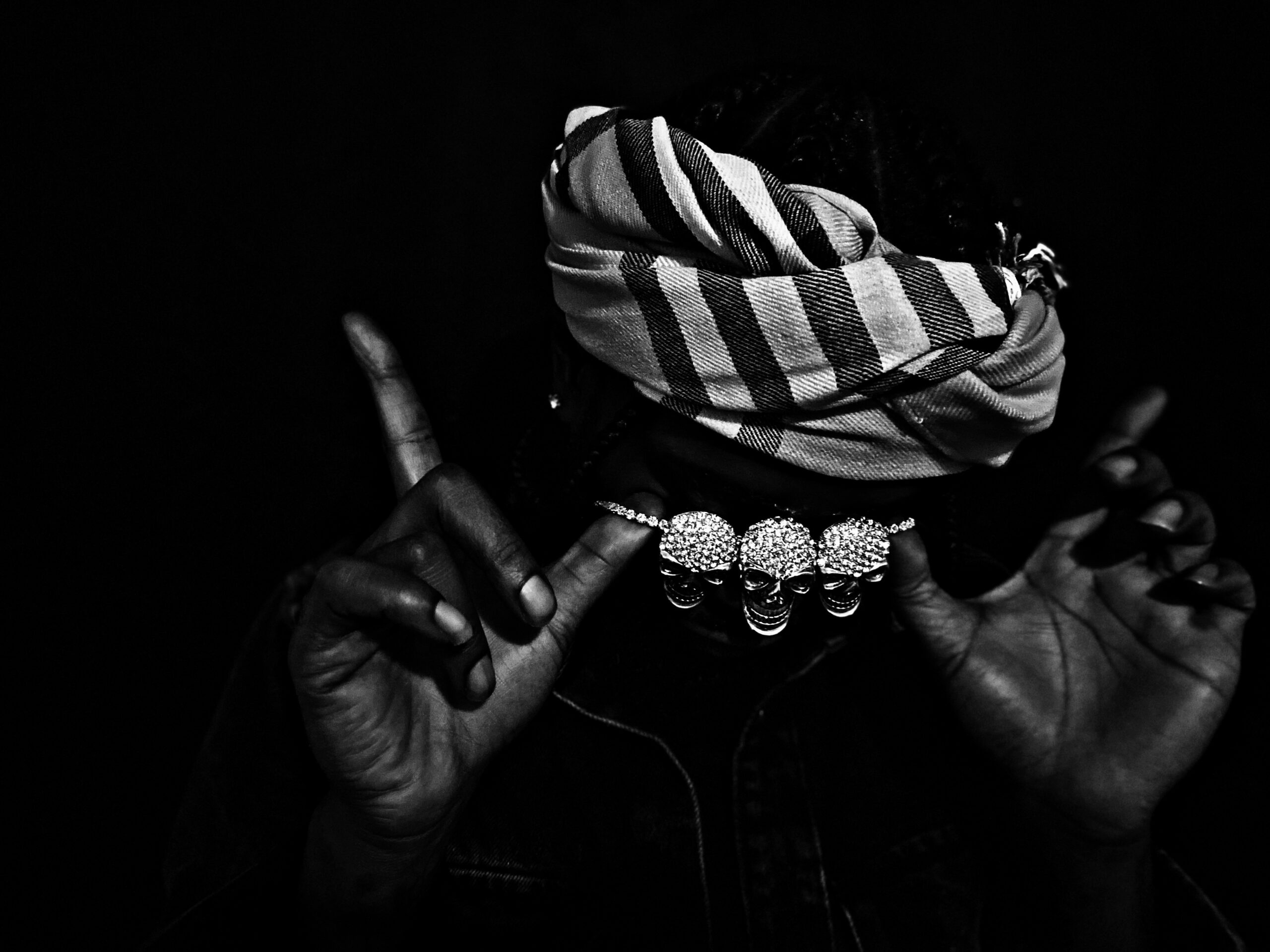 WHAT’S THE BUZZ ABOUT?

His deliverance and wordplay are what have him buzzing in the US. Hailing from the bottom of the map, in Kenner, Louisiana (a small suburban area outside of New Orleans.) This rapper, singer, and songwriter has embraced a latch on the industry and is set out to elevate his career this year!

His passion for music transpired from his mother’s influential writings of poetry and reciting to him as early as age 6. By the age of 7, Skully Skullz was a writer, from his distinctive handwriting to his ability to write advanced stanzas in English classes.

He received his first “beat looping machine” and experienced his first real “in-studio session” at the age of 9 by his stepfather. Which led him to begin experimenting with FL Studio as early as 2004.

By the age of 12, after Hurricane Katrina the artist had teamed up with two infamous acts who would now be T.E.C and Kyngg, both met in Kenner living in the same neighbourhood at the time. The three and other childhood friends formed a rap supergroup that inspired them to pursue more into music, and likely to have desires of landing a placement in the entertainment industry.

Skully Skullz was known for his ability to engineer and work a computer with ease. He would spend a mass amount of this year and part of the next making music with T.E.C day and night. At such a young age you would thank a mother would be concerned, although concern was shown it was also an understanding that music was instilled in Skully Skullz, and he would one day be the star he was determined to become. In 2011 Skully Skullz is now 16 and in high school where he continues to flourish in his nature of being an Artist and Creative. Taking up classes in high school such as Commercial Arts and Artistic programs like Skills USA, he developed more skills that would include graphic designing and web development, this gave him a ultimate boost on his advertising and marketing techniques to uphold his claim to stardom. Uploading music to early music streaming platforms like Soundcloud, DatPiff, Audio Mack, HotNewHipHop, and others he began gaining a social presence and network. Early works by Skully Skullz like “I’m Livin’” are local classics and if you’re a true fan of Skully Skullz it’s a no brainer.

Present-day, we see this artist is finally getting the light he deserves and in high hopes to hear more incredible content from him. Unsigned and untouchable Skully Skullz is the head of his camp “BEEN A THREAT” simply abbreviated “B.A.T” an independent recording label founded by the artist himself.

Skully Skullz has music available on most of today’s music platforms. Surprisingly this guy is still aspiring
and sweeping the streets with instant bangers!

Mark my words he is next up. Versatility, a wide range of flows, frequently fast tempos, this guy can be the outbreak of a new wave of southern rap. His last project debuted earlier this year projecting a good start for his re-entering of the rap game after a long halt due to mental health issues, and the passing of his mother. “F is For Farrar” is a well-known song by the artist Skully Skullz, also it being the title of the street where he grew up most of his teen years. Farrar is located in an area known as “Trackside” and or “F Block”. Just a fun fact for the noob fans!

5 Things to Do in College When You’re Bored

Entrepreneur sets out to help many evicted families in Florida