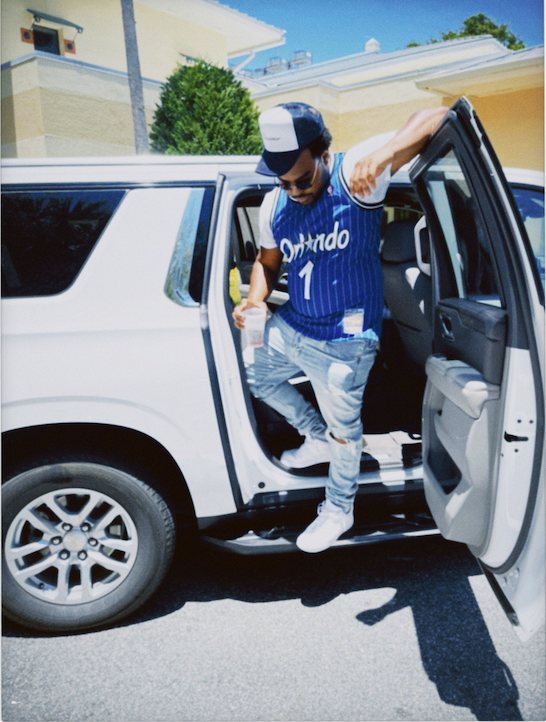 It’s not a strange thing to hear a new rapper say they’re going to be the next big thing in a few years. Some have succeeded in accomplishing those lofty claims, while others have missed the mark, but Naazhim$upreme, an artist and designer from Philadelphia who has been making music since 2016 within the Philadelphia circuit is on the pace to reach that goal.

Naazhim$upreme is heavy on the come-up, and rightfully so considering his consistency — he’s been putting out exclusively hot music for over 4 years now. A notable trait of Naazhim’s style, aside from his made-for-rap voice, is his versatility. He can get melodic, or plainly smash a trap beat. The best thing about him is that he has this level of spiciness/unapologeticness to him that is hella entertaining to listen to.

Most of Hip Hop’s brightest stars commonly exist at an apex of originality, authenticity and influence. Phlily-based Naazhim$upreme is one such artist, credited with refocusing the sound of Philadelphia street music. He is considered as one of the crucial voices capturing his city’s energy without compromise.

Naazhim$upreme carries himself like a rap vet who disregards any rookie hazing. Solidifying his name as a lyrical, fashion and op killa, he separates himself from rappers by hitting us with truly poetic lyrics in his music. He has proven to be the true lifeblood of rap music, a burgeoning talent that has the ideal total package in terms of his musical sound, stage presence and genuine personalities.

Naazhim$upreme’s music is available on over 150 streaming and download services around the world including spotify, Apple Music, TikTok, Amazon, Pandora, Youtube, deezer etc, and some of his top songs and albums includes financial goal$, flooded, intricate (collar) and more. You won’t find a rapper with more passion than Naazhim. His flows are all his own; therefore untouchable, and he isn’t simply flowing to flow. Naazhim spits some of the rawest, most heartfelt material of any rapper ever to get on a mic. He has an endless amount of worthwhile life experience to share, and he’s sharing it through some of the most original, addictive flows out there.

An interview with Hip-Hop Artist FatHead