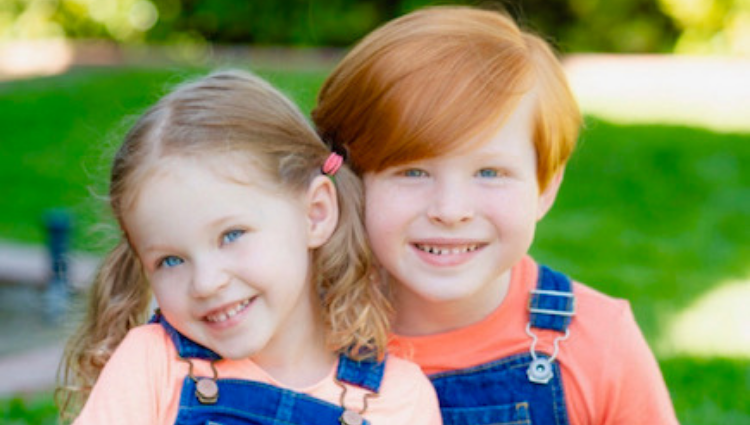 Gracen and Paris Newton are two siblings taking on Hollywood one show at a time! Gracen Newton plays the lead character ROLLY in the hit Disney Channel show Puppy Dog Pals and Paris Newton plays the role of Franny Gallagher on the hit Showtime show SHAMELESS. A major kids show and a major adults show means you’re bound to know at least one of their characters and here is what you need to know about these pint sized sibling actors taking Hollywood by storm.

CAN YOU TELL US A LITTLE BIT ABOUT YOURSELF, WHO ARE GRACEN AND PARIS NEWTON IN YOUR OWN WORDS?
Hi, I’m Gracen Newton and I’m a child actor! I’m most known as playing Rolly on Disney’s “Puppy Dog Pals”, Montana on “The Kominsky Method” with Michael Douglas, and myself on ABC’s gameshow “CHILD SUPPORT.”

WHEN DID YOU START ACTING? WHAT GOT YOU STARTED?
Gracen – I started acting when I was 5 years old! We love Universal Studios, and one time when I went there, I got to be a helper on one of their shows! After that, I begged my mom to get me into acting and she did!

Paris – I started at the age of 3 because I saw what my brother was doing on TV and I wanted to do it too! My second audition ever was for Shameless and I got it! It was really cool!

WHO ARE YOUR ACTING ROLE MODELS?
Gracen – I really look up to Michael Douglas after I worked with him on “The Kominsky Method.” He taught me a lot when working with him and he has been so kind to me by posting about me on his social media calling me a “rising young star!” It meant a lot to me that he said that about me!

Paris – My role model is definitely Emma Kenney who plays my mom on SHAMELESS! She is such a great actress and I get to learn so much from her all the time!

HOW ARE YOU SIMILAR AND HOW ARE YOU DIFFERENT?
Gracen – We are actually really similar because we both love acting so much! We really aren’t too different-we are a lot alike! When we aren’t acting, we love to make songs and scripts together and perform them for our family!

ANY UPCOMING PROJECTS/ROLES YOU CAN TALK ABOUT?
Gracen – I am currently working on Season 5 of Puppy Dog Pals, which just made Disney history by getting renewed for our fifth season and that’s really exciting! I have also done voice-over work for 3 big movies that will be coming out in 2020/2021 and I am a series regular on another TV show for Apple TV that will be released in 2021 but I can’t share the details on any of that just yet!

Paris – I am in the middle of filming season 11 of Shameless right now! Season 11 will start airing on Showtime on December 6, so make sure to watch!

ANYTHING ELSE YOU WOULD LIKE TO SHARE WITH OUR READERS?
Gracen – We have LOTS of fun projects coming out and we love to post behind the scenes pictures and videos once they come out so you can see how Hollywood magic is made! So make sure to follow us on Instagram and comment and say hi! We would love to hear from you!

Dancer, Choreographer Victoria Caro talks about how she got started in the industry and shares her advice to aspiring actors