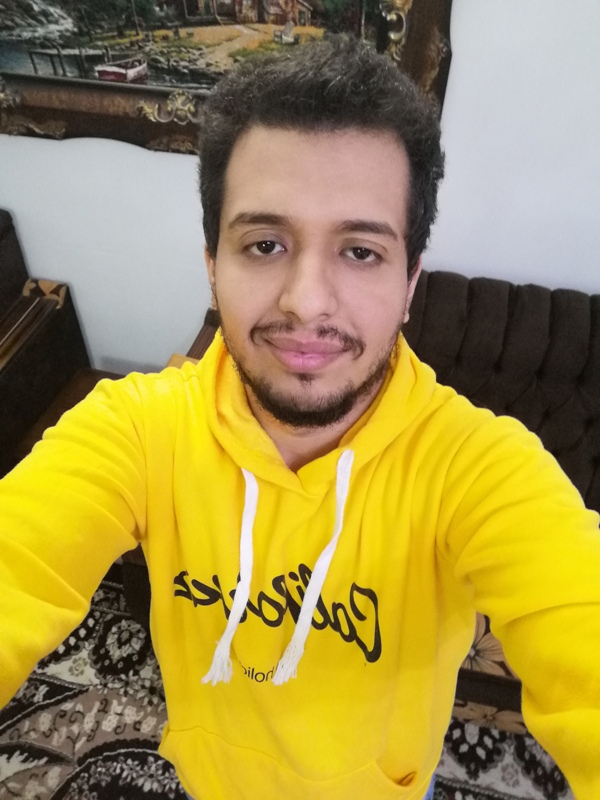 Artist Bakr Al-Hashimi is an Iraqi artist, writer, composer and sound engineer who lives in Iraq. Born in 1995 in the city of Baghdad, he studied engineering at the University of Baghdad, graduated in 2017 and later on began his artistic career in 2019. His first job was as an audio engineer with the Gulf artist Fahd Shannin, who has the title Yamdi. It was published on the YouTube website on the official Solo FM channel, and the work achieved and crossed the humungous number of one million views on YouTube.

After this, his second work, in which he also worked as a sound engineer with the Gulf artist Saud Al-Suwaidi, under the title “Mako Foras,” which was also published in Solo FM on the website YouTube, succeeded as well as crossed the one million views mark. He worked with several stars, including Badr Sultan, the star of Thefoss, with a work titled Gina Nabarko and Issam Sarhan, the star of The Voice, are in a work that is still in my heart.

Al-Amiri experienced the star of the Arabs Got Talent program In a deed but good, and he participated in a work bearing the name of the people, liked wonder by the Emirati artist Ibrahim Turki. It also became successful and crossed the one million viewer mark on the official Ibrahim Turki channel on YouTube. He also gave his words and melodies and his acoustic engineering in a song titled “Much of my work for the Gulf artist Abdel Aziz.”

Al-Mulla, who also succeeded in the Solo FM channel on YouTube, has been a part of many works, including those which had his lyrics and his tunes while in some of them he was involved in it as an audio engineer.

The most important 10 works of artist and sound engineer and the artist Bakr Al-Hashemi has 3 songs with his lyrics, bar and vocals. The first title has his lyrics and voice. Here is the link:-

The second song, titled No, also comes back from his voice, composition and lyrics. Here is the link:-

And I have very unique participation of its kind with the famous Iraqi YouTuber Jedo Al-Shayeb, a work titled “Select Your Goal” from the words of Jedo Al-Shayeb, composed by Bakr Al-Hashimi. Here is the link:-

The artist Bakr Al-Hashemi is also preparing to release his new work, entitled All the Story, as a lyrist

How to Determine the Appropriate Lender for Your Construction Loan?

Work With a Marketing Enthusiast To Scale Your Brand

How To Choose Furniture For Your Workspace?