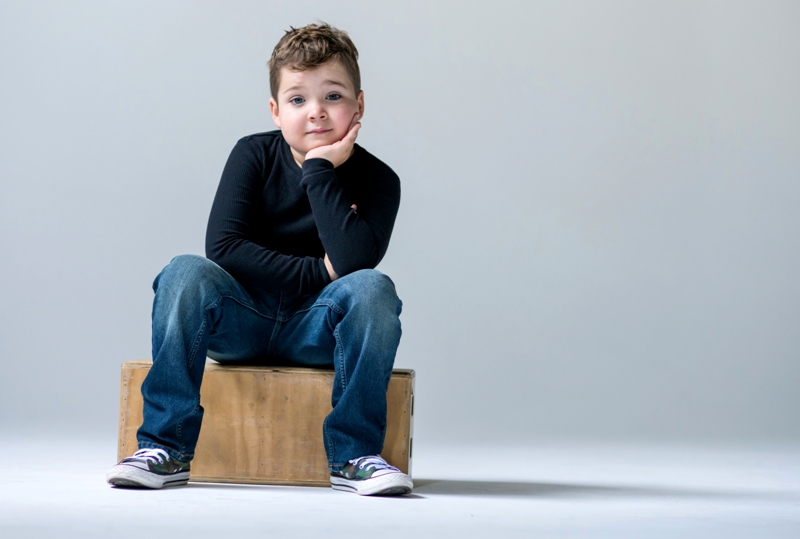 For a little guy Marcello Reyes has big credits. From working on Modern Family at age 5 to being on set with A-listers in his first feature film “Don’t Worry Darling” releasing this month. Marcello began his professional acting career at age five on the set of “Modern Family,” the ABC hit mockumentary television series Streaming on Hulu, Peacock, and Disney +. His recurring role as Calhoun Johnson – “Baby Cal” debuted during season 10 of “Modern Family.” Marcello was nominated for Young Artist Award (2019) for Best Performance in a TV Series for a Recurring Young Actor for his work on “Modern Family.” Marcello is best known for his series-regular role as Luke Lakier in the 2022 TV series “Pivoting” (Kapital Entertainment, FOX Entertainment & Warner Brothers) alongside; Eliza Coupe, Ginnifer Goodwin, and Maggie Q streaming on Hulu. In the psychological thriller “Don’t Worry Darling” (New Line Cinema), Marcello finished his first feature film with a supporting role as Fred, the son of Olivia Wilde’s character Mary, also starring Harry Styles, Florence Pugh, and Chris Pine. “Don’t Worry Darling” is set to release on September 23, 2022. Marcello joined us to chat about his acting and favorite ice-cream.

HEY MARCELLO, WELCOME TO ABOUT INSIDER! CAN YOU TELL US A LITTLE BIT ABOUT YOURSELF, WHO IS MARCELLO REYES IN YOUR OWN WORDS?
I am a kid who likes to learn, play and act. I live in Los Angeles with my mom and dad, Arco-Iris (Labrador-Terrier), Petunia (mini piglet), and Chili (water turtle). Besides all our pets, I come from a large family on both my mom’s and dad’s sides. I consider myself a fun person who loves to read, play video games with my buddies, play chess against the computer or whoever will play with me, write short stories, and hang out with friends on adventures. I attend 4th grade at a Visual Performing Arts school. My favorite school subjects are Math and writing. I am happy to share that I did exceptionally well on my state exams which qualified me to attend the youth engineering program at USC this summer. That was a blast. As far as sports go, I play baseball and study karate. You might find me on 3rd base or left field if I’m not in the Karate studio or on-set in front of a camera.

WHAT IS IT LIKE BEING A SERIES REGULAR ON PIVOTING?
Being a series regular as Luke Lakier on “Pivoting” was a dream come true for me. I worked really hard on this audition. So, when I landed the role as Luke, it was epic for me as an actor.

WHAT’S MOST INTERESTING ABOUT PIVOTING?
It’s a funny show and we are always laughing. “Pivoting” is a single camera comedy. Which means it’s one camera shooting for each scene throughout the entire show.

HOW IS A SERIES DIFFERENT THAN ONLY BEING IN ONE EPISODE OF A SHOW?
Being a guest star or co-star is great but as an actor we wish and hope the writers will bring us back back for more episodes which allows them to develop your character. The audience can get to know your character better and it’s more fun to be a part of a cast family.

YOU STARTED OUT ON MODERN FAMILY AT A VERY YOUNG AGE AT YET YOU ARE STILL VERY YOUNG, WHAT WAS THAT LIKE FOR YOU AND SINCE THEN HOW DO YOU FEEL YOU HAVE CHANGED AS AN ACTOR AND PERSON?
Yes, I started out acting at age 4. I landed the role of Calhoun Johnson on “Modern Family” 3 days before I turned 5. Being on “Modern Family” at age 5 was so much fun for me to pretend. I learned how to listen and follow directions. I also made some long-lasting friendships with the cast and crew. With each birthday, I feel like I have changed as an actor and a person. I am more conscious of my role and do my best to connect with my character at the same time while shooting each scene allowing the director and show-runner choices for the episode. I have grown a lot and learned a lot. I now understand the director’s set language, like taking my mark vs. hitting my mark.

IS THERE EVER A TIME YOU HAD DIFFICULTY WITH A SCENE OR CHARACTER ON SET?
EXPLAIN HOW THAT MIGHT HAVE BEEN CHALLENGING AND HOW YOU WERE ABLE TO ACHEIVE THE GOAL.
No. There was never a time when I had difficulty with a scene or character. There was this one time that it was quite the opposite. I was doing so good in this one scene and because of that I got more lines.

DESCRIBE YOUR CREATIVE PROCESS AND HOW LONG DOES IT TAKE TO PREPARE A SCENE?
Preparing for a scene is fun for me. My parents help me prepare and sometimes my acting coach. My dad gets the script and helps me memorize my lines. Then my mom comes in and blocks the scene, the way she thinks it will be blocked. Again, I really like my parents helping me, it allows our family to all be a part of the process.

WHAT’S SOMETHING WE SHOULD KNOW ABOUT YOU THAT MIGHT SURPRISE US?
I’m learning to play guitar and I like listening to music. Some of my favs are Michael Jackson, Selena, and of course Harry Styles.

CAN YOU TELL US WHAT IT IS LIKE BEING ON SET OF “DON’T WORRY DARLING” WITH A-LISTERS LIKE OLIVIA WILDE AND HARRY STYLES?
It was a dream come true for me to be around and work with A-listers like Olivia Wilde, Florence Pugh, Harry Styles and Chris Pine. I play Fred, the son of Olivia Wilde’s character Mary. One time, on theset of “Don’t Worry Darling” I was doing so good with my character Fred I was given two extra lines by Olivia Wilde herself. That gesture given to me by Olivia Wilde made me feel like a truly accomplished actor. Olivia Wilde is not only a great actor, but she’s a great director. It was an honor working with her and playing her son Fred in the film “Don’t Worry Darling.” Also, in the same scene, I got the chance to work with the mega-talented Florence Pugh she was the greatest. We also danced together between takes. I even have a video of us dancing!

WHAT IS ONE MESSAGE THAT YOU WOULD LIKE TO SEND OUT TO YOUR FANS?
I would like my fans to know that when it comes to your own individual goals and dreams, anything and everything is possible, all it takes is for you to believe in yourself and work hard and never give up.

WHAT’S NEXT? ANY UPCOMING PROJECTS IN THE WORKS YOU WOULD LIKE TO TALK ABOUT?
YES! I’m very excited to announce that I landed a spot in a Drama Conservatory school. I will be attending this fall 2022. So, a lot of projects will happen there.

Why Heat Pumps Are the Future