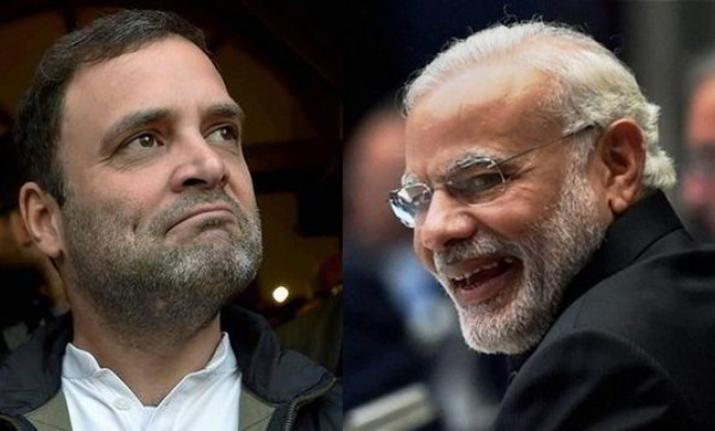 Democracy is certainly about good governance and strong opposition to check the working of government in the right fashion.

The history has been a witness that the opposition has always worked to focus the flashlights on the blunders of the government or issues related to the public ( which all represent), thus bring to notice and ensure right and effective action to resolve the issue.

When congress government was governing under Honourable Shri Manmohan Singh Ji, the then prime minister, the unfortunate Nirbhaya Kaand (rape and assault episode) had taken place then the Chief Minister of Gujarat Shri Narendra Modi Ji had brought to notice that the capital of the country was transforming to a Rape Capital as it seemed then for Delhi NCR region, which has always recorded many cases of Eve teasing and misdemeanours with the eve.

Today, when the BJP government has come to power headed by the Honourable Prime Minister Shri Narendra Modi ji the rape incident in Hyderabad ( Telangana ) and assault in Unnao ( Uttar Pradesh ), is being highlighted by Honourable Shri Rahul Gandhi Ji by correlating “make in India to Rape in India.” The incident of Shri Kuldeep Sengar an MLA of the party has been cited to be the perpetrator. A busy family head cannot peep into the soul of every family members personal conduct and be accountable for the same though can punish on the misdemeanour.

Undoubtedly again the opposition and the government in attack and defence, politics would be wasting precious hours of the parliament, paid and accountable to the taxpaying citizen of India which if wisdom persists then should be saved.

It’s high time positive politics comes into action, and such misleading and regressive practices be curbed in total. India has seen a very active functioning of parliament and government policing lately in comparison to the past were entire energy and time was wasted in interest matching exercise of a divided front, in governance and bullying and hobnobbing for selfish interest was common as became evident by the practice of calling for the no-confidence motion.

High time, instead of negative politics the energy is consumed in truly drafting a bill to curb such horrendous rapes and murder and revive India to the same golden age of the Gupta period where Ladies were regarded as Devi’s ( female form of God ) and respected as a form of a mother.

The rape rates are reflective of the corrupt mind process of citizens on ground, strict policing is essential, and the reshaping of the society with the help of lawfully promoted policies. Pornography and promiscuously designed attires and foolish aping of glamorous divas have caused perceptual differences of co-existence of different sociocultural groups has led to such brutal acts. The fast-paced and the slow-paced are trying to synchronise their feet, and in the process, they tumble, and they fall.

After major policy changes, one must adhere to law formulation, which enables and ensure a harmonious existence.

It would be an incredible spectacle for everyone when instead of mudslinging both parties sat across the chairs to suggest and resolve the harmful for the society. Rape is honestly a reflection of wild, and no words can describe how painful and baneful is to go through the act. The political parties cannot and must not blame each other instead compassionately cooperate and resolve what is hazardous to kids – the future citizen of our nation.

Rape is a shame to the society, and Honourable Prime Minister Shri Narendra Modi should certainly detail his team to resolve the menace by setting a precedent of fear, identify and detail cells for quick help even the helicopter services. Provisions for checking blackmail of the Male or female as case may be, promoting psychological counselling at school level, cell to help in rehabilitation and support of rape victims, checking glamorisation to respectful level without moral policing ( maybe setting a civil dress code options ). Promoting self-defence training in school and college, and last but not the least protecting the dignity of the victimised individual by giving genuine counselling in secrecy to assist rehabilitation.

The mandate of the present government is clear and indicative of law formulating ratio, thus if Honourable Prime Minister comes up with a strong policing the citizens would surely be indebted and thank his government rightly for putting to use his authority for policymaking as he cannot watch all or be accountable for all.